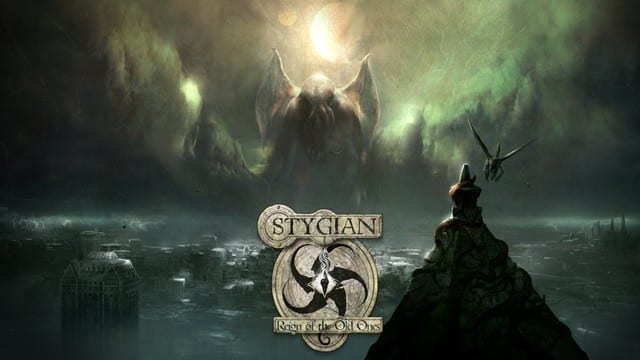 H.P. Lovecraft is a major source of inspiration for game developers, perhaps more so than any other author. There are dozens of games directly based on his fiction, and countless others that were inspired by it. Stygian: Reign of the Old Ones is one of the former, as you might be able to tell from the title. This exquisite hand-drawn CRPG now has a release date set for September 26. According to the developers’ announcement, it will set you back $29.99, which hints at a pretty beefy experience with a lot of content.

You’ll be able to create your own character based on archetypes from the 1920s era in which Lovecraft set many of his stories. The world of Stygian is a broken and mysterious one, where you’ll battle against supernatural forces beyond your comprehension. Physical combat and spellcasting are both viable, and each will have its own set of challenges and consequences. Sanity is also a constant challenge, as you struggle to face the abominations of this world.

Stygian: Reign of the Old Ones takes place in Arkham, a fictional city situated in Massachusetts. It is the setting for many of Lovecraft’s stories, and particularly for those in the Cthulhu mythos. Cultic Games has brought it to life with beautiful, hand-drawn 2D art that aims to reflect the theme of cosmic horror. You’ll be able to choose from eight main character archetypes, each with its own origin backstory and specialties. Along the way, your character will also join a host of companions with their own weird traits.

Your character’s sanity and general mental state will influence dialogue options. If your character develops a mental illness, it might have advantages as well as hindrances. Madness could be a perk in a world gone mad, after all. The game also features a Belief System that determines how your characters will cope with the warped reality of Arkham. This system offers unique dialogue options, which expand the possibilities for role-playing. The combat is turn-based in 2D perspective, and it aims to play similarly to the classic Heroes of Might and Magic. The game also features a spell system that can be double-edged. The use of magic may affect your sanity, for instance.

No salvation in Stygian

You cannot save the world in Stygian. That war is already lost. Instead, you must pursue your own objectives to either save yourself, seek revenge, or turn to an even darker purpose. This seems like an interesting twist to a CRPG, where saving the world is usually the biggest cliché of all. If the RPG system offers a lot of depth and customization, this just might be one of the best games inspired by Lovecraft. A lot of Lovecraftian games tend to follow a rather superficial take on cosmic horror. If you’re attending Gamescom this year, you’ll be able to check out Stygian. Just look for a Cultic Games or 1C Entertainment booth.

What do you think of Stygian: Reign of the Old Ones? Is it just another Lovecraft-inspired game, or does it have more potential? Drop your comments below, tell us your thoughts!