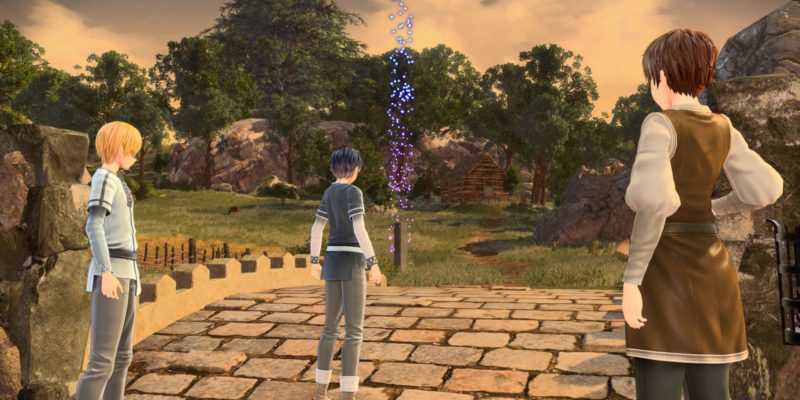 Throughout your travels in Sword Art Online: Alicization Lycoris, you’ll often feel like you’re strapped for cash. However, there are a few ways to amass a lot of gold. Here’s our guide on how to make money and a few more tips for beginners.

It always feels like everyone in the world of Sword Art Online: Alicization Lycoris won’t give your team decent compensation since most quests will just give a measly amount of gold.

If you do need the money early in the game, then the best way to do that is to gather an herb called Wildrose. This tip was suggested by Redditor Tkxb and it works wonders. 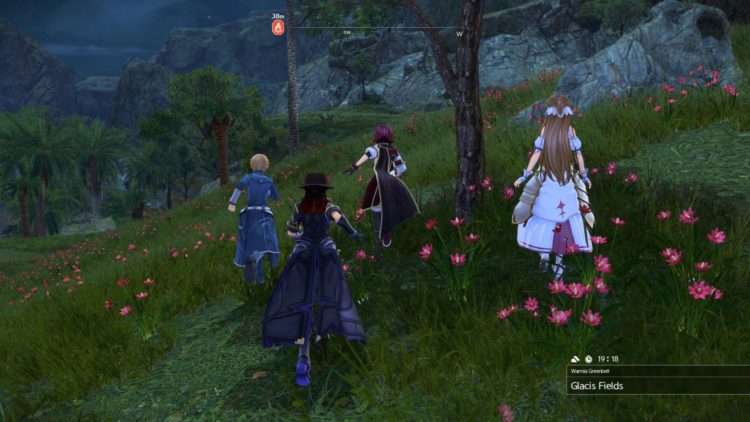 However, you need to reach chapter 2 first so you can travel to Warmia Greenbelt in Sothercrois. From the northern savepoint, just make your way west through the verdant fields. Eventually, you’ll spot a group of bees and a Clamp. Just ignore them. 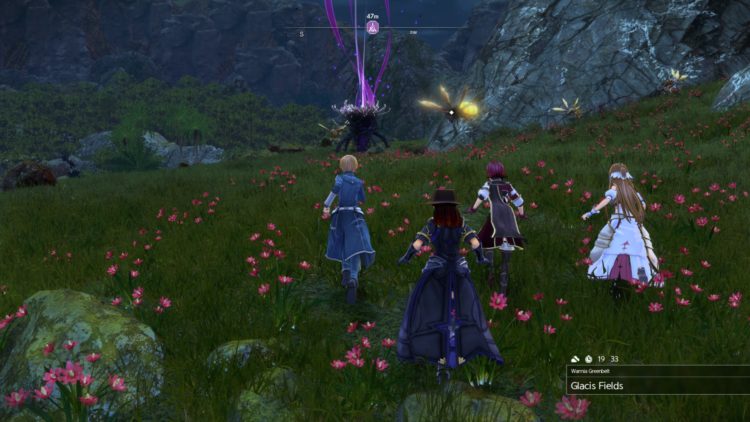 A short distance from those mobs, you’ll see a warrior statue. Look at the ledge down below. 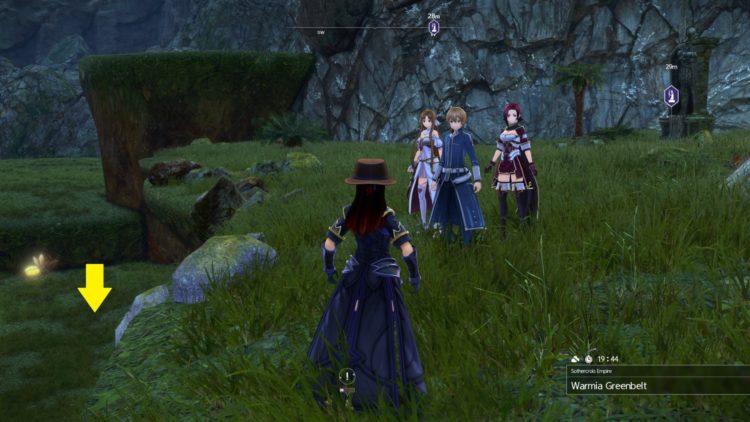 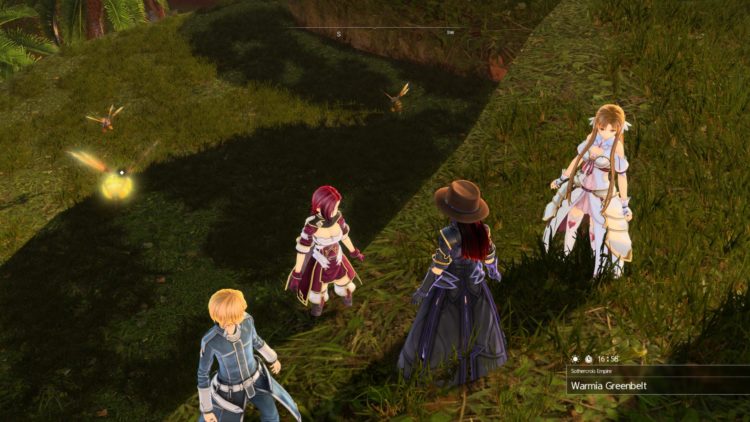 Now, at the edge of this platform is the very item we’re seeking: the Wildrose. 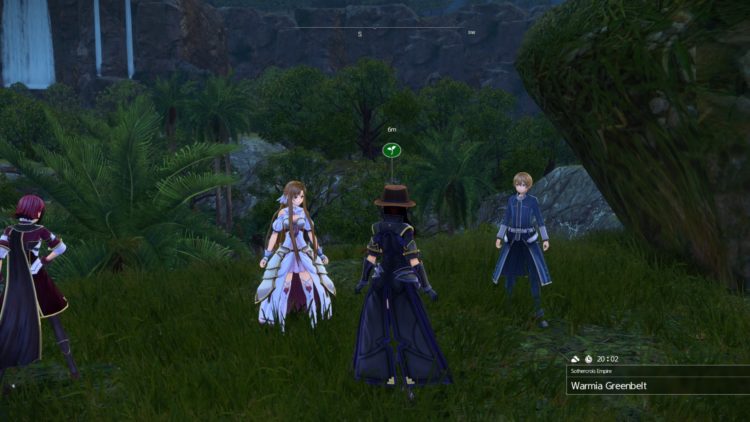 Below, you’ll see the exact location on the map: 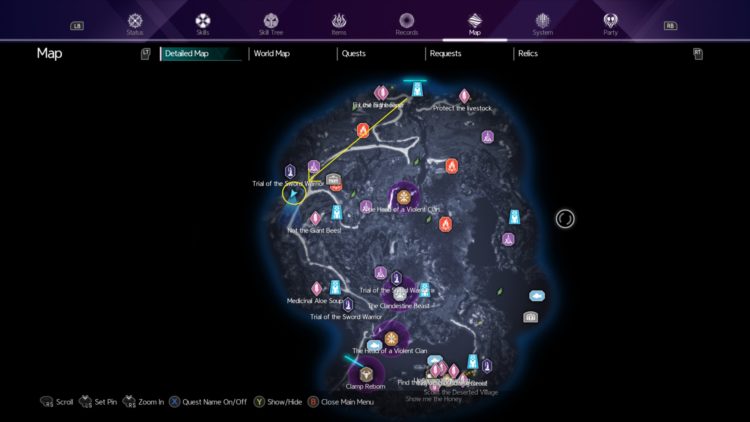 What exactly makes Wildrose important for making money? Well, you can sell it to any merchant in North Centoria for 1,500 gold each piece. The Wildrose node mentioned above has a guaranteed 100% spawn rate, so you can keep fast traveling back and forth Warmia Greenbelt to pick it up.

Note 1: Because you’ll be fast traveling often, you should consider using some quick fixes to help speed up the game’s loading times. 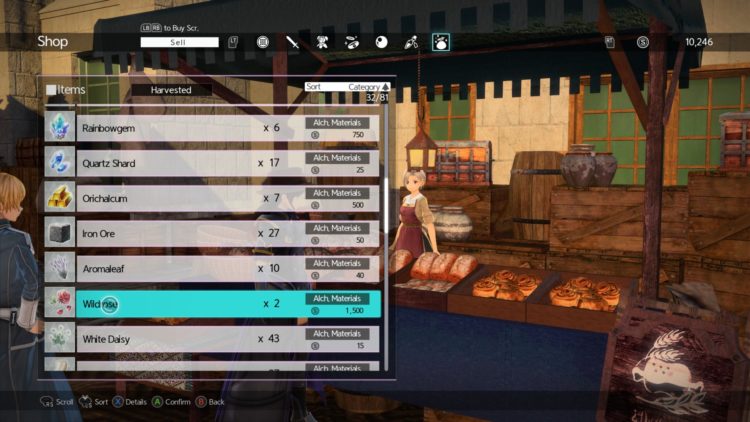 The following are tidbits of information I’ve learned as I progressed in Sword Art Online: Alicization Lycoris. Perhaps these will help you on your journey.

1. The Administrator boss fight doesn’t teach you about combat techniques

Normally, most games will teach you the basics within the first few minutes. This game, however, slaps a ton of mechanics that you’ll likely forget about almost immediately. Worse, the Administrator boss fight at the very beginning is a poor way of introducing the combat system since you’ll probably just spam attacks over and over. 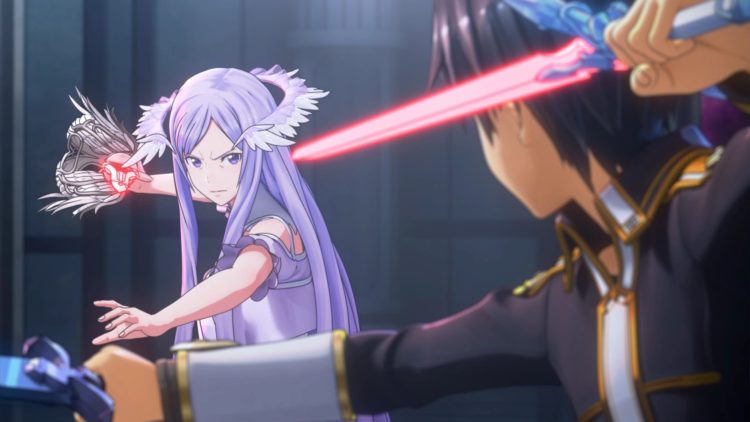 The learning process doesn’t even start until you’ve reached North Centoria. This is when you’ll face off against sparring partners or training dummies, introducing you to mechanics like duels/bladelock, sword skills, skill connects, and other maneuvers. Later, you’ll learn about chain burst combos with your other party members.

The biggest problem here, sadly, was also detailed in our official review. It’s that the game has extremely poor pacing combined with a ton of fluff, so much so that you’ll be staring at loading screens and conversations that don’t seem to lead anywhere. 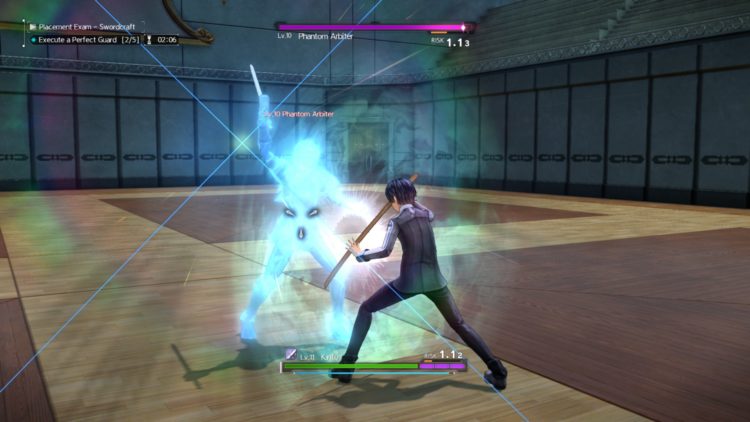 Use your free time to grind XP in Cordea Plains, the first semi-open world area in Sword Art Online: Alicization Lycoris. Additionally, Cordea Plains has a number of treasure chests for you to find. Some of these contain weapons that will last you all the way to the end of the game’s first chapter.

You’ll need all the help you can get since, a few hours later, you’ll have a sequence of boss fights, some of which have multiple phases. There are even instances when the game won’t autosave after each fight, so losing an encounter will set you back to the very beginning.

Note: You can check out our leveling guide and Cordea Plains treasure chests guide if you need help. 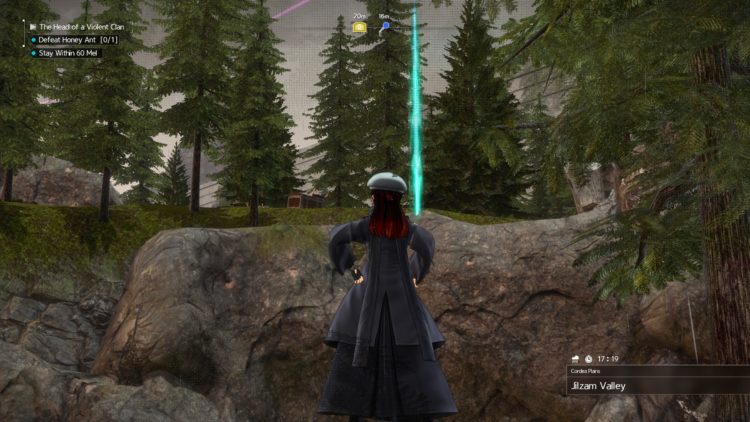 Because the save system can be downright unreliable at times, you should really save as often as possible. Not only do the savepoints ensure you won’t lose progress due to a random crash, but you can also review some tutorials in case you missed them.

Later, you’ll also be able to recheck these hints in Kirito’s Tent — which even lets you customize the main character’s appearance, as well as have “special conversations” with characters once you’ve increased their affinity level. 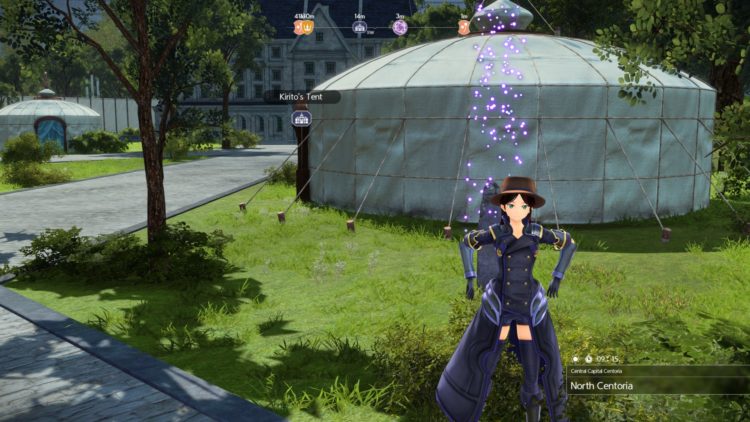 4. Get the Bangle of Life

One more thing of note is an accessory called the Bangle of Life. This gives you additional defense and +2,600 HP (very useful early in the game). The item can be crafted by Thoven, North Centoria’s Blacksmith. 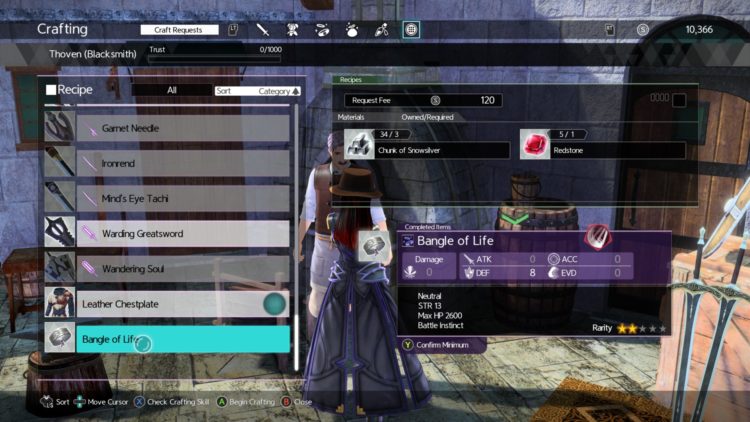 One of the requirements is a piece of Redstone. It can actually be purchased in North Centoria’s marketplace as well. Anyway, refer to the video below from YouTuber Gamepillar to show you the location of the Redstone vendor. Oh, and if you need more help with this feature, you can refer to our crafting and materials guide.

5. Teammates can be given new gear, but theirs will still level up

Sword Art Online: Alicization Lycoris will have you teaming up with no less than 20 other companions. You might suddenly think this is daunting because of how many characters you need to gear up. Well, you don’t really need to worry too much because everyone will have a default weapon and armor piece that level up as you continue to progress through the story. For instance, Eugeo’s weapon and armor might be low-level at first, but these will be +4 by the time you reach the endgame.

Bear in mind that the max upgrade level for all items is +5. Since “default gear” only goes up to +4, you could opt to give your friends crafted/upgraded equipment, or just stick with their default gear so you don’t bother with the extra hassle.

Note: Itemization for Kirito’s companions is further explained in our guides related to sword skills and weapon proficiencies. 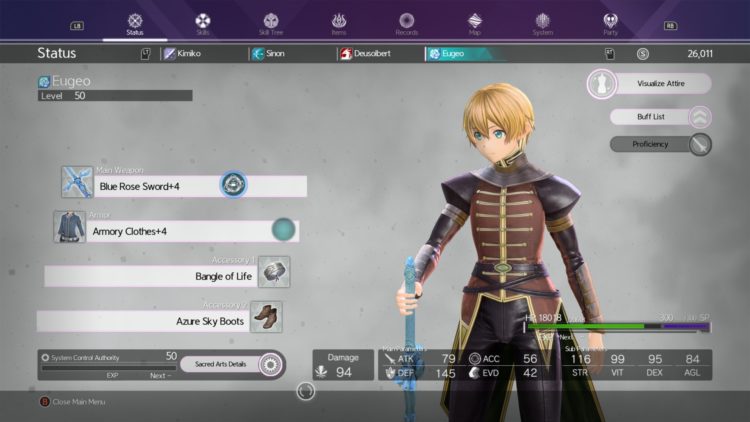 The last thing we need to discuss is the game’s multiplayer feature. Yes, as soon as you reach chapter 2, you can join or host groups. That seems like a great idea on paper since you can enjoy questing with pals.

Unfortunately, multiplayer has its own set of issues. For instance, it’s possible for a player to not gain the credit for a quest’s completion, locking you out from future progression easily. You’ll have no other recourse but to restart the chapter from the very beginning (wasting hours of playtime) or wait for an incoming patch. 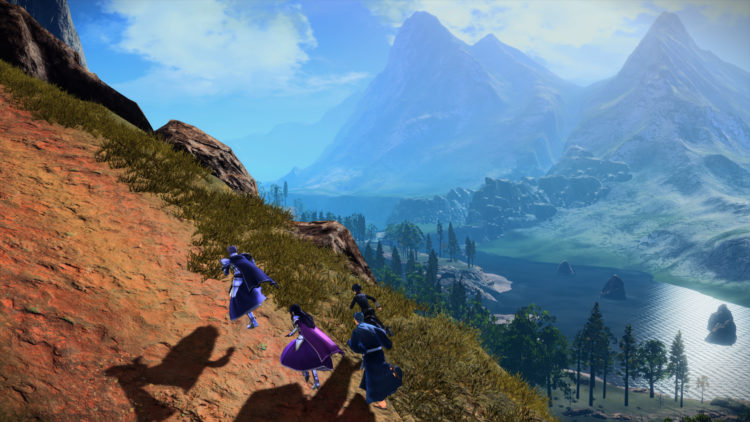 Microsoft Flight Simulator has its own marketplace, plus closed beta invites coming 7/23

Call of Duty: Warzone — Don’t sleep on the Origin-12