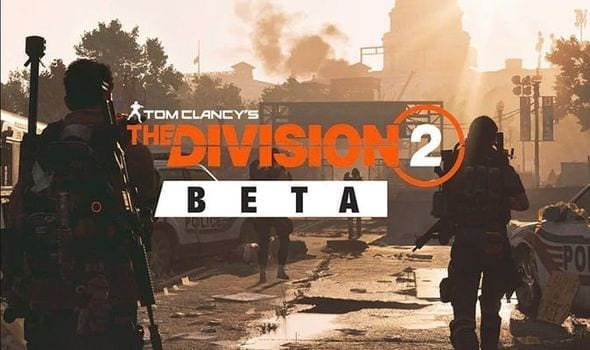 Oh, look at that — the developers behind The Division 2 nonchalantly mentioned an open beta. They’ve been streaming non-stop since the private beta and casually stated that certain bugs would be fixed in the open beta. For those who don’t know, the closed beta just ended, we had some things to say about it, and fans were all but certain an open beta would be coming as well. But still, it’s comforting to hear that one is coming. It’s at least more comforting than some of Ubisoft’s advertising for the game.

We Should See It Soon

If we take a look back, the first Division released around March as well. It had its closed beta in January and the open one in February. Based on that, we can likely assume that the sequel’s open beta will be in February as well. My guess is it’ll be just near the tail end of the month. Any later and they’d have a hard time fixing big issues that are sure to pop up during the beta.

Now, this game is being published by Ubisoft and is following a similar early access release schedule to BioWare’s Anthem. Because these two games are so similar, I’d say it’s pretty fair to compare the two, at least in terms of the execution and success of their early access versions.

Just Call It A Demo

Right off the bat, Ubisoft isn’t confident enough to call these builds a “demo,” instead sticking with the term “beta.” As the game is less than a month from release, but they may have a good reason for that. It’s safe to say what we’ll be seeing in the open beta will be representative of the final release. However, in contrast, Anthem‘s “demo” was apparently on a six-month-old build and shouldn’t have even been called a demo. Bugs, crashes, and issues were rampant the whole way through.

So while calling The Division 2‘s open access a “beta” is a bit misrepresentative, I think that Ubisoft knows what they’re doing. Plus, the private beta was pretty heavy on content. That’s a great sign for a game that plans to have a long lifespan. People that devote themselves to these games literally eat weeks of content for breakfast.

All in all, The Division 2 is looking much better than it did at E3. The first game didn’t manage to sell me, but I think I might give this one a shot. But what about you guys? Are you surprised about the open beta? Are you excited to try the game out? Let us know in the comments down below.

One Month Of Xbox Game Pass Is Going for $1 Right Now (Plus More?)