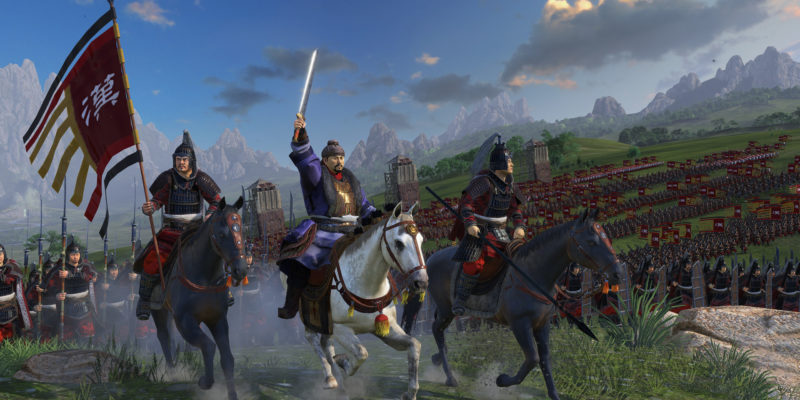 It’s been a while since we’ve last had a content drop (or Chapter Pack) for Creative Assembly’s Total War: Three Kingdoms. The last DLC, Eight Princes, didn’t exactly provide a slew of changes even though it introduced leaders from the Jin Dynasty’s tumultuous early years. But, we won’t have to wait too long for what’s next in-store. Total War: Three Kingdoms will have the Mandate of Heaven DLC in January 2020. It’ll depict the struggles between the Han Empire led by Liu Hong (Emperor Ling) and the Yellow Turbans led by Zhang Jue. Check out the trailer below:

The Mandate of Heaven

The Mandate of Heaven is a political and spiritual concept used by Chinese rulers and dynasties to justify their rule of the land. This divine right to rule is interpreted as bringing bountiful and peaceful reigns. Meanwhile, the opposite — chaotic years precipitated by bad omens — is also true.

In Total War: Three Kingdoms – Mandate of Heaven, such as it was historically, the Han Dynasty enters a pivotal moment. The Chapter Pack allows you to start the game a few years prior to the era of rival warlords and, instead, you’ll experience the beginning of the dynasty’s end.

Emperor Ling, hounded by corrupt eunuchs, powerful regional warlords, and supporters of the clan, attempts to navigate this political landscape. He’s also aided by Liu Chong (a kinsman) and Lu Zhi (a famed scholar). Around the same time, the mystic Zhang Jue gathers the disgruntled masses in an attempt to overthrow the Han. Zhang Jue has the help of his brothers Zhang Liang and Zhang Bao. 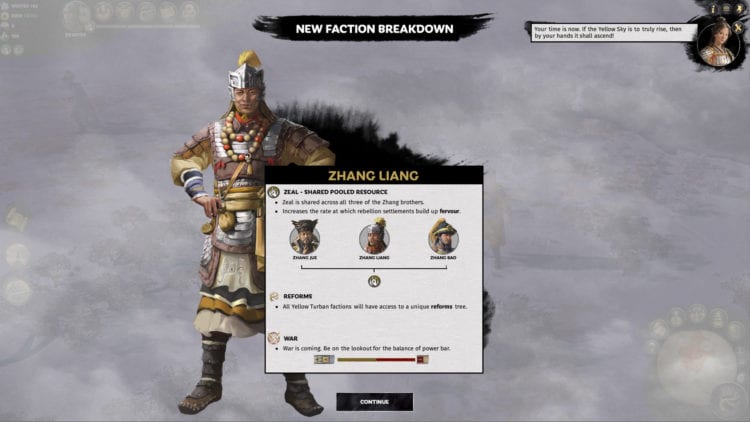 The lords loyal to the Han Dynasty will attempt to curb the Yellow Turban Rebellion, building political influence, all while ensuring that the factions within the court are equally appeased. There are also the regional warlords that one must contend with, and players will even be able to pick other Total War: Three Kingdoms leaders in Mandate of Heaven.

These lords will begin their journey in different start locations given the change in the start date. Some will come from even humbler beginnings (Liu Bei was a sandal maker around this time), and Dong Zhuo still looked very dapper. In Mandate of Heaven, certain warlords may also emerge if conditions are fulfilled, such as Yuan Shao’s appearance should Emperor Ling be deposed. 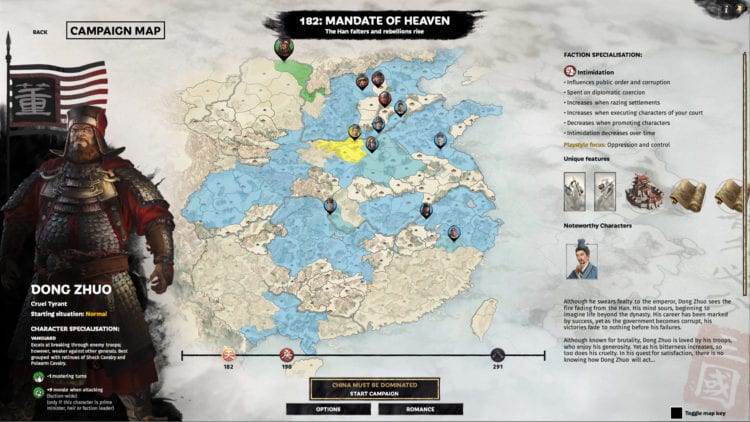 As for the Yellow Turbans, the goal of Zhang Jue and his brothers is to eradicate the corrupt influence of the Han Dynasty. The more you commit to battles and capture settlements, the more Zeal you build up. This, in turn, also helps build up Fervour which causes public order penalties and rebellions to pop up depending on its level.

Total War: Three Kingdoms – Mandate of Heaven also adds around 40 new units to the game, including those that are exclusive to specific factions. An accompanying free update will also provide QOL improvements and a “free-LC” (FLC) — Tao Qian, a venerable minister, for you to command.

You can watch some of the mechanics via Creative Assembly’s gameplay reveal video below:

Total War: Three Kingdoms – Mandate of Heaven can be pre-ordered via Steam. The DLC launches on January 16, 2020. Stay tuned for more info and guides related to the upcoming content.