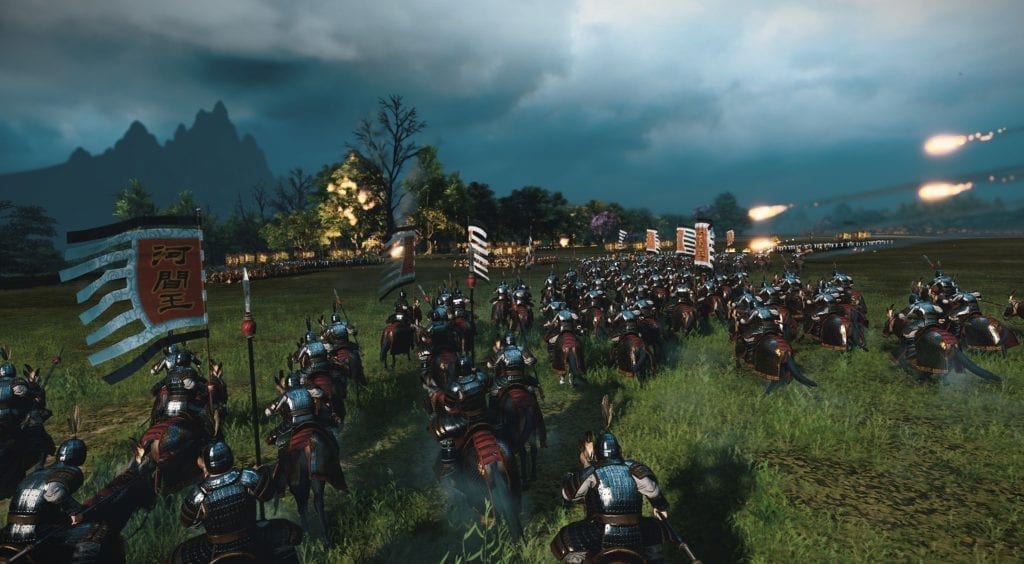 Total War: Three Kingdoms has become a massive success for Creative Assembly. Going back to their historical roots, the company was able to churn out a massive title based on Luo Guanzhong’s Romance of the Three Kingdoms and Han Dynasty China. The first DLC, also called “Chapter Packs,” is titled, Eight Princes. With the focus primarily on the years after the Three Kingdoms period had ended, it tells of the internal conflict that was brewing in the newly established Jin Dynasty and Sima clan.

Is Total War: Three Kingdoms – Eight Princes worth it? Does it add a lot to what can be considered as a spectacular Total War experience already with the base game? Well, let’s find out in our review. 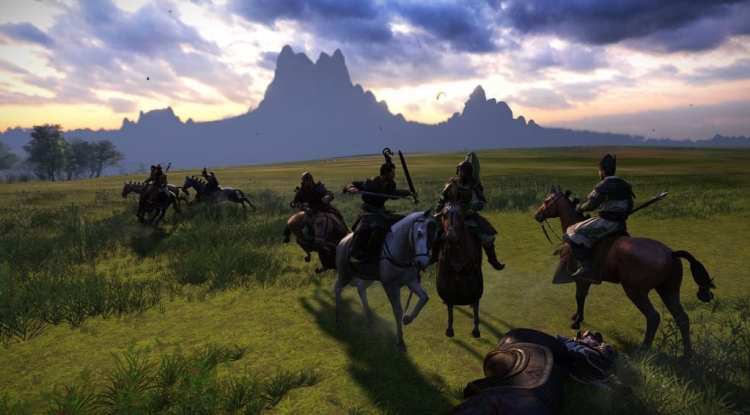 “Kids, go back inside and stop roughhousing. It’s time for dinner. Ying? Ying? Oh my god! They bullied Ying again!”

Wei, Shu, and Wu had fallen and China had become unified under the Jin Dynasty. The eight princes referred to in the DLC’s title are the scions of the Sima clan. In Total War: Three Kingdoms – Eight Princes, you’ll be able to play as these men, all vying for power.

With the current Jin ruler being easily manipulated and an empress who lusted for power, the machinations for an even greater conflict had begun. These eight princes would start with underhanded moves and political maneuvering before turning to all-out warfare to claim the Imperial Throne and the Mandate of Heaven.

Heavily armored troops dominated the field, and the Xianbei, Xiongnu, and other nomadic tribes became common mercenary recruits in various armies. At the end of the so-called “War of the Eight Princes,” only one was left alive. The Jin capital was under the control of the nomads who had ousted them from power, and China, after only a generation of unification, was once again fractured. 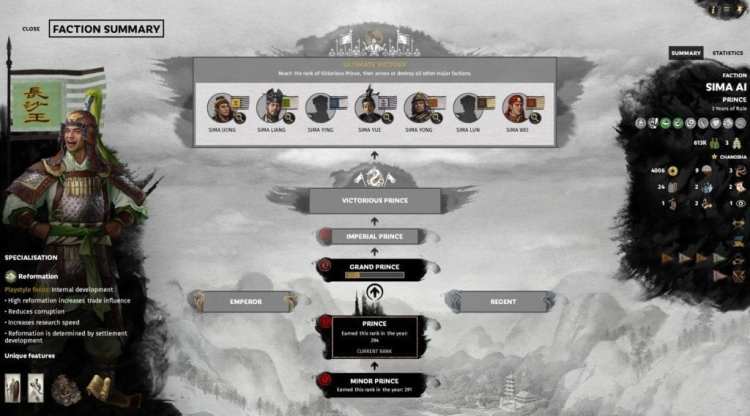 Your campaign goals reflect the historical events of the time period. The main objective is to take out all the other eight princes to become the Victorious Prince.

Pick your prince, pick your poison

Each of the warlords in Total War: Three Kingdoms – Eight Princes has his own fiefdom on China’s massive campaign map. They also have unique units they can recruit and certain building chains. Some even have unique resources that can alter their style of play.

My first warlord of choice was Sima Ai. Situated in Jing Province, Sima Ai was far removed from the greater conflict in the north. His unique mechanic, Reformation, comes from various types of buildings. It’s intended to boost prestige, noble support (public order), and trade influence. Basically, the more you increased Reformation, the richer and more powerful you become.

Another warlord is Sima Jiong whose unique resource is Control. Control boosts noble support while decreasing corruption. You can increase your points by way of certain buildings or removing dissent in your court. Meanwhile, Sima Lun is quite the rogueish commander. His faction’s unique resource is Subterfuge which can be increased by way of buildings and the use of spies. He even retains Cao Cao’s old mechanic to instigate Proxy Wars. 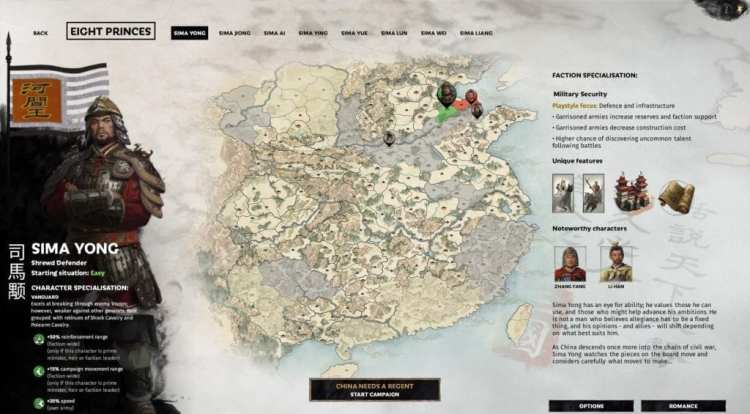 The game is lying when it says Sima Yong is the “easy/recommended” pick. As we all know, it’s whoever starts closest to the Southlands.

Many of the new units in Total War: Three Kingdoms – Eight Princes are heavily-armored troops wearing lamellar defenses. This is to represent warfare during the time period. Gone were the days of the old Han and its latter years have seen an increase in more defensive units.

The same goes for nomadic tribes that can be recruited. In Total War: Three Kingdoms, a few warlords such as Dong Zhuo and Ma Teng had access to nomadic cavalry and infantry. In Eight Princes, you’d see factions with their own retinues of outsiders. For instance, Sima Yong has the Xiongnu, Sima Ying has the Qiang, and Sima Lun has the Xianbei. Do note that, for the most part, the units you’d muster would be the same as the base game’s. Anyway, as mentioned above, the excessive use of nomadic troops within China’s borders would prove to be disastrous for the Middle Kingdom historically. 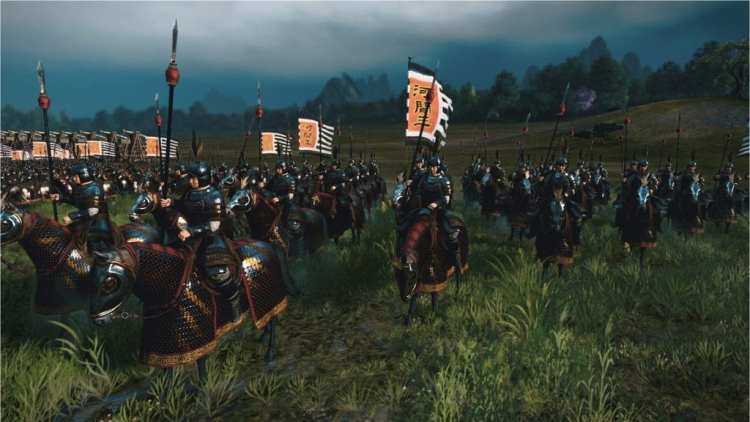 Another new mechanic would be the various Alignments. There’s a chance each turn that new events which lead to different Alignments will fire. The four new Alignments are:

Depending on your choices for these events, you can increase (or decrease) a certain Alignment. When each Alignment reaches a new level, you’ll gain powerful bonuses for your faction. Evidently, for the Wealth Alignment, you’ll have more cash, whereas the Might Alignment will boost your military capabilities, and so on. 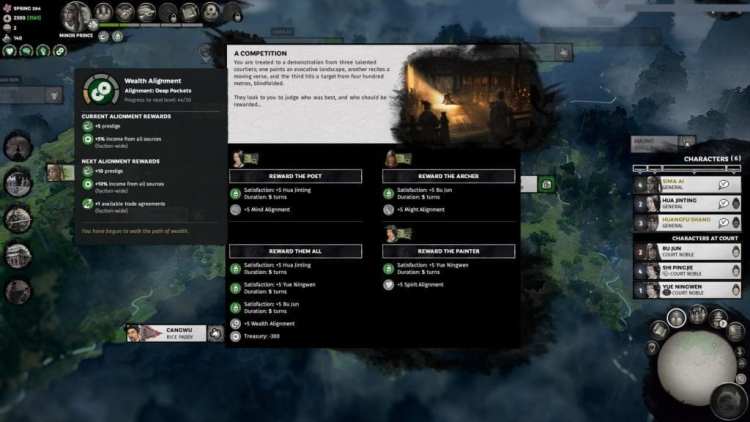 You’ll face more dilemmas or events each turn, and they’re all tied to the new Alignment mechanic.

Meet the new boss, same as the old boss

One thing you’ll notice that’s quite different in Total War: Three Kingdoms – Eight Princes is your progression through the ranks. In Total War: Three Kingdoms, you knocked out your rivals to become the Emperor. In Eight Princes, you climbed up the ranks to become the Victorious Prince while eliminating all rival princes to achieve the ultimate victory. The titles of Emperor and Regent can be obtained on the side (with their own perks and downsides, and even a meta “princess-is-in-another-castle” game if you try to capture the Jin Emperor too early). But, it’s the Victorious Prince moniker which you need to earn.

The road can be long and arduous, with numerous wars and conflicts at every turn. Or, it can be quite a breeze. In fact, that’s the reason I picked Sima Ai first. His starting location at Jing Province meant that I could expand south and southeast, capturing abandoned settlements, reaching the South China Sea, and building my powerbase safe from all-out warfare.

Do you know what this reminds me of? Sun Jian’s campaign. And this is when Total War: Three Kingdoms starts to fall flat. 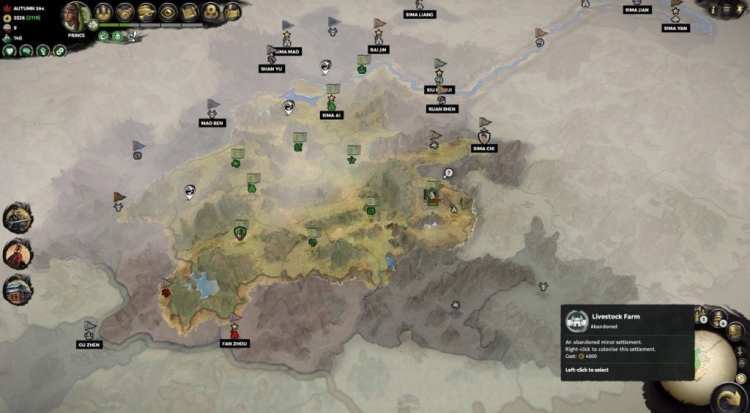 Within a dozen turns and you’ve got two commanderies/provinces. A third one is ready for the taking and no major enemies are in sight. See, just like Sun Jian.

The longer I kept playing Total War: Three Kingdoms – Eight Princes via Sima Ai’s campaign, the more I felt that I’ve been here before. Like another Sun Jian “easy mode” conquest. I felt the same way when I played Sima Lun’s campaign. Given that he’s located near the Central Plains, it was like Cao Cao over again. As for Sima Wei, whose unique resource Fury was all about attacking, he was more like Zhang Yan or Zheng Jiang, except smack dab at the center of the map.

It’s hard to fault Creative Assembly given that they still provided the gigantic map of China from the base game. Unfortunately, the more you kept pushing, the more you felt that things stayed the same. Despite the new mechanics and features, it was still, eerily, the same experience you had from Total War: Three Kingdoms.

On the upside, this is still a treat for historical fans as I’ve mentioned before given how the Jin Dynasty and anything post-Romance of the Three Kingdoms were barely depicted in pop culture or media. Sadly, it also makes you wonder what future DLC or Chapter Packs would be like.

For those who’ve seen what Creative Assembly are capable of when they craft new, unique Warhammer lords, you’ll know what I’m talking about. Even past DLC such as Total War: Attila’s The Last Roman (where you played as the great Belisarius cut off from reinforcements), or Total War: Rome 2’s Empire Divided felt like they offered something different compared to the base game. My worry is how they’d set up future content (Zhuge Liang’s Nanman campaign or the Northern Expeditions, perhaps) — a means of shaking things up and not being too constrained with the experience you’ve had for the past 300 hours already.

It’s not that Total War: Three Kingdoms – Eight Princes would make you “eight” the player or the game. It’s that both the player and the game have been here before, and there really aren’t a lot of new and refreshing concepts to keep you interested. 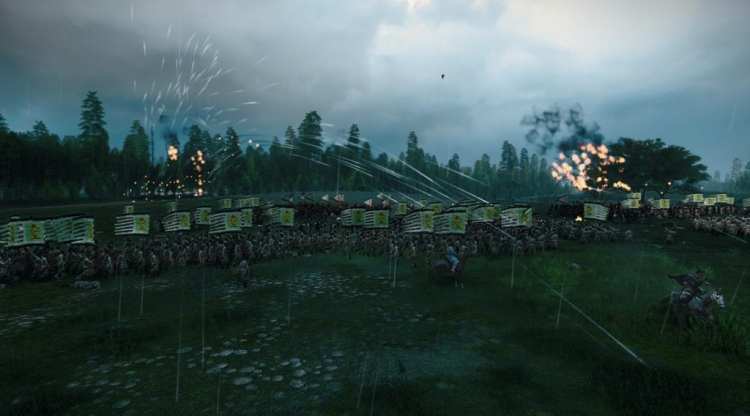 Yes, fire arrows are still the best a couple of generations later.

Note: Total War: Three Kingdoms – Eight Princes’ release also coincides with the arrival of Dynasty Mode. Since this is free content available to all players regardless of owning the DLC it was not added in this official review.

Eight Princes, the first chapter pack for Total War: Three Kingdoms, tells of the turmoil among the warring scions of the Jin Dynasty and the Sima clan.
7

Total War: Three Kingdoms - Eight Princes feels familiar, although, sadly, also a repeat of what you've already gone through in the past. While you can choose from eight princes, your overall experience (especially if you've put in hundreds of hours into the base game) would be more like a solid "7" instead.