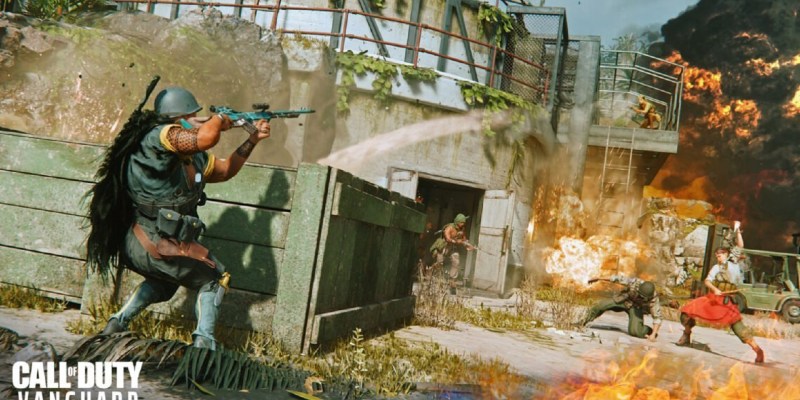 It has been a while since Call of Duty: Vanguard and Warzone Pacific received some new content. After all, Season Two was delayed in favor of making bug fixes across multiplayer and the battle royale. Now, we have been given our first official look at what the new season could bring. Activision has shared the Vanguard and Warzone Pacific Season Two artwork which has left many players thinking that Ground War could make a return.

The Vanguard and Warzone Pacific Season Two artwork was shared on the Call of Duty Twitter account. Mainly, the image showcases some brand new operators who are expected to join the war effort in the upcoming season. However, the part of the artwork that is standing out the most to fans is what appears to be an armored motorcycle. This, accompanied by the caption which tells players to “Get ready for Armored War Machines” is causing fans to speculate that Ground War is just around the corner.

Ground War is a fan-favorite mode which most recently featured in Call of Duty: Modern Warfare 2019. The mode allowed players to hop into large-scale combat with a much larger number of players in a Domination-type mode. In terms of Warzone Pacific, this has seen armored vehicles take center stage in the past with the Armored Royale game mode in Verdansk.

At the time of writing, the developers have not confirmed if Ground War, or any other like mode, will return to Vanguard or Warzone Pacific for Season Two. In addition, Raven Software recently hinted that a map change could be made to Caldera. Since then, no further details have been shared. Season Two is set to make its long-awaited debut on February 14. Therefore, we should not have to wait much longer to find out what new content we can dive into.

The frontlines are getting reinforced.