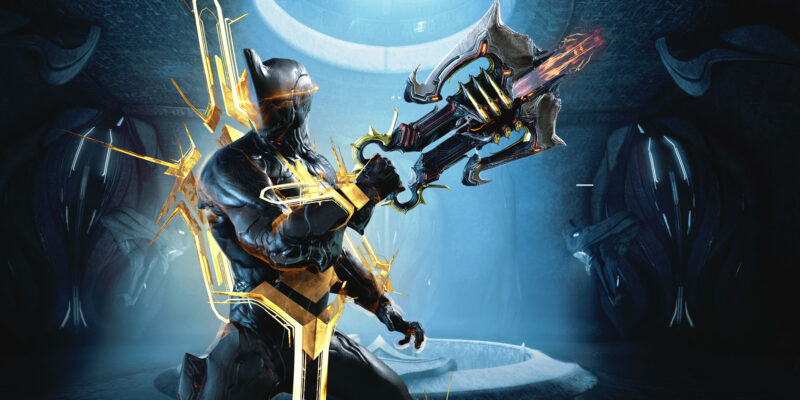 It’s a momentous day for Warframe fans. Today, the free-to-play online action game receives its biggest update ever. The release of The New War expansion adds a lot of new content to Warframe, including weapons, a new Warframe, a new Prime Warframe, new Prime weapons, new playable characters, and the culmination of the main campaign. It’s taken many years to get to this point. But players will finally get the chance to confront their former mentor, the Lotus.

According to Digital Extremes, the developer of Warframe, The New War has numerous unexpected twists and surprises that are sure to keep players enthralled until the very end. The expansion will take place all across the Origin System – on 16 planets and three open worlds.

To ninja flip your way into The New War content, you first need to complete the Chimera Prologue, Erra, and The Maker quests. You also need to earn your Railjack and Necramech.

Battle for the system

At first glance, Warframe’s best asset appears to be its fast-paced, adaptive, and flowing combat. However, as anyone who has played a decent amount of the game’s campaign will tell you, the story is just as good. And it’s only going to get better in The New War. As you progress through the expansion’s three acts, you will learn more about the Lotus’ past and the truth behind the ongoing conflict. You can enjoy a little taste of the narrative, as well as the gameplay in the brand-new trailer.

You can download Warframe for free for PC through Steam. Warframe: The New War won’t, however, release with cross-play and cross-progression as previously reported. Those features will be available sometime in 2022.

Finally, if you want to support Digital Extremes financially, and score yourself some sweet cosmetics, you can purchase one of the new Supporter Packs. Take a look at what you’ll get with your purchase.

This post previously mentioned that the expansion came with cross-play and cross-progression. That is incorrect. The post has been updated.