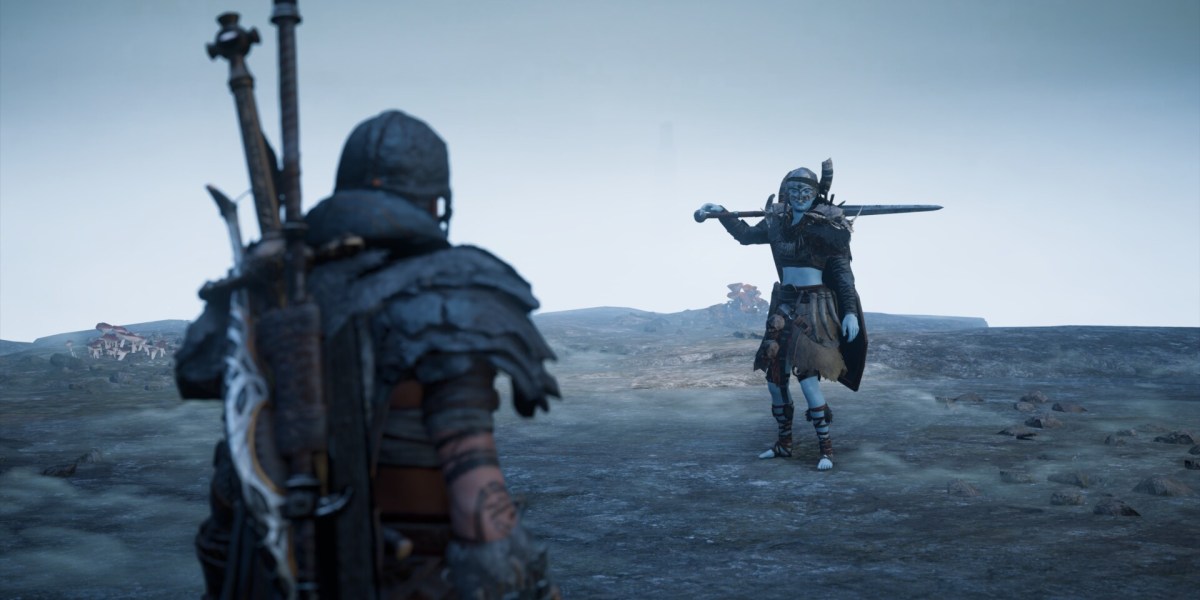 Before you can acquire the Jotnar Cleaver in Assassin’s Creed Valhalla: Dawn of Ragnarok, you’ll first need to collect all five Jotun Mantle armor pieces. You can do this by defeating the Suttungr’s Outriders in Svartalfheim. Equip the full set and make your way to either of the two dams. There’s one in northeastern Svaladal, and another in northwestern Vangrinn. Take out the enemies here and, if you’re wearing the full Jotun Mantle set, you should be able to go through the portal.

Note: I went through the Svaladal portal first and I defeated the boss there. When I passed through the Vangrinn portal, there was no one else in the area. Inside the portal is an arena where the secret boss, Riekr, will greet you. She has the following abilities: Your three targets tend to attack at the same time, and getting hit by one usually means taking damage from other foes. As such, it’s important to time your dodges. Some of the new skills, like Rage Axe and Explosive Retreat, can also help. The former can let you do a combo followed by an uppercut, while the latter is for AoE staggers.

Once you beat Riekr in Assassin’s Creed Valhalla: Dawn of Ragnarok, you’ll receive the Jotnar Cleaver. The weapons perk gives you a chance to refill an adrenaline slot when you land a critical hit. By Sam Robins9 hours ago
Guides