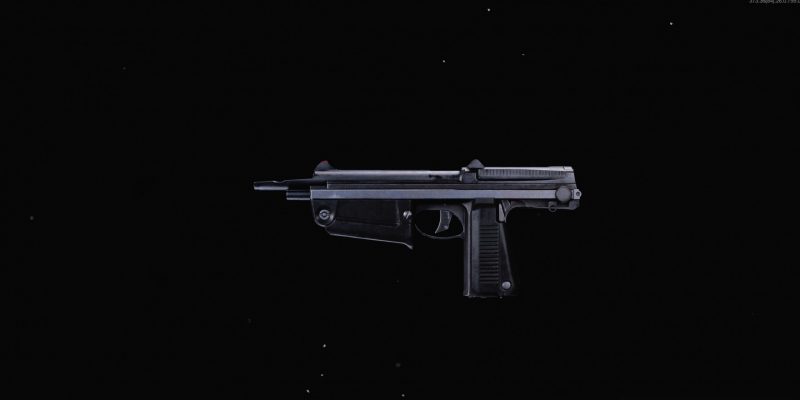 Call of Duty: Black Ops Cold War Season Three Reloaded introduced a plethora of new content into the game. This includes new weapons such as a Baseball Bat, the return of the fan-favorite multiplayer map, Standoff, and more. The season isn’t over just yet though. The developers have added another weapon into the mix. The AMP63 is the latest pistol to join Black Ops Cold War.

The base AMP63 can already deal a considerable amount of damage. With the best attachments equipped, you can increase the firepower of the gun to make it a deadly secondary weapon.

To begin your Black Ops Cold War AMP63 class, equip the Infantry Compensator Muzzle. This will improve the vertical recoil control of the pistol. Next, the 6.1” Reinforced Heavy Barrel will increase the effective damage range and bullet velocity. Ultimately, this will make the weapon more powerful and versatile when trying to take down an enemy that is further away. To improve hip fire accuracy in close-quarter combat, equip the Steady Aim Laser.

In terms of a Handle, the Airborne Elastic Wrap will provide the weapon with many benefits. This includes a faster aim down sight time and significantly stronger flinch resistance. In addition, you will be able to aim while going prone if needed. To maximize your ammunition capacity, equip the STANAG 25 Round Magazine. This will make it possible to take out multiple enemies in one clip with enough well-placed shots. If you prefer, you can swap out one of these attachments in favor of the Dual Wield attachment. It will allow you to carry two AMP63 pistols at once.

There is no doubt that the AMP63 will make your loadout even more powerful. With Black Ops Cold War and Warzone Season Four just around the corner, it will be interesting to see what new weapons get added into the mix next.

Warzone hackers are now changing the appearances of their operator skins