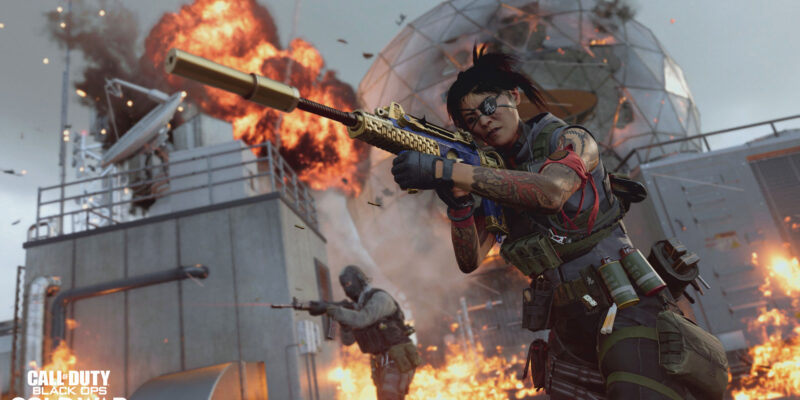 Season Four of Call of Duty: Black Ops Cold War and Warzone is coming to an end. Ahead of the next season, the developers have shared a roadmap of what players should expect from Season Five. The Season Five roadmap shows the update will debut new weapons and game modes in Black Ops Cold War Season Five and new perks, map changes, and more in Warzone.

To begin, Black Ops Cold War will gain an Among Us style game mode next season. The new Double Agent mode will assign you one of three roles. Double Agents are tasked with either successfully eliminating everyone else, or setting off explosives around the map. Next up, the investigator must use clues to target players they expect to be double agents and wanted criminals. In addition, operatives must work to find and eliminate the double agents. Although everyone will start with a pistol, each role will be able to access unique skills during rounds.

In addition, Black Ops Cold War will receive five new multiplayer maps this season. Some are new, and some will be familiar to Call of Duty fans. The remastered map pack includes Slums, which appeared in previous titles. For its ten year anniversary, Drive-In has been remastered for the first time. Zoo will also be added to the game.

In terms of Zombies, there will be new content rolled out in both traditional round-based maps and Outbreak. The new perk, Death Perception, will allow you to see enemies via outlines. Moreover, a new Tesla Storm field upgrade will arc lightning between you and your team to stun and damage zombies.

When you play the Outbreak game mode, you will get to try out a new region called Collateral. There will also be a new transport objective which will task you with protecting a machine traveling across an Outbreak zone. Perhaps the most exciting addition to Outbreak is a grapple gun. Due to the sheer size of the Outbreak maps, crafting a grapple gun will improve mobility. 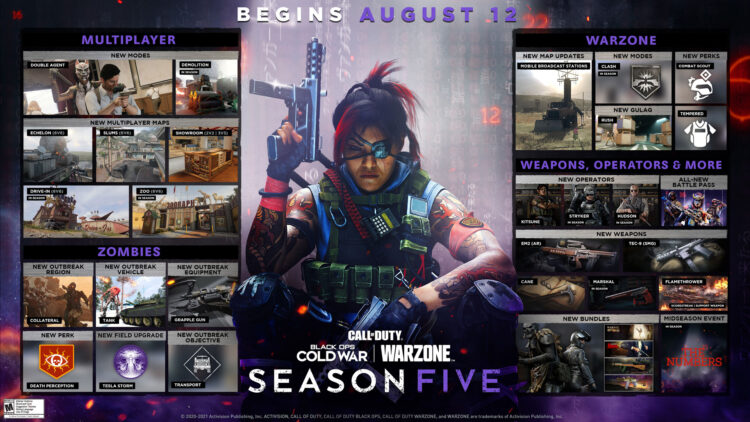 Warzone is set to receive some big changes

Call of Duty: Warzone will receive some significant changes in Season Five which will switch up the meta. There will be two new perks for you to use. With Combat Scout, you will receive some intel for a short amount of time. Dealing damage to an enemy will briefly highlight them and ping them automatically. Tempered will change armor values and offer more protection. Since an armor plate will absorb 75 damage instead of the standard 50, you will only be able to equip two at once.

According to the roadmap, Season Five for Call of Duty: Black Ops Cold War and Warzone will begin on August 12.