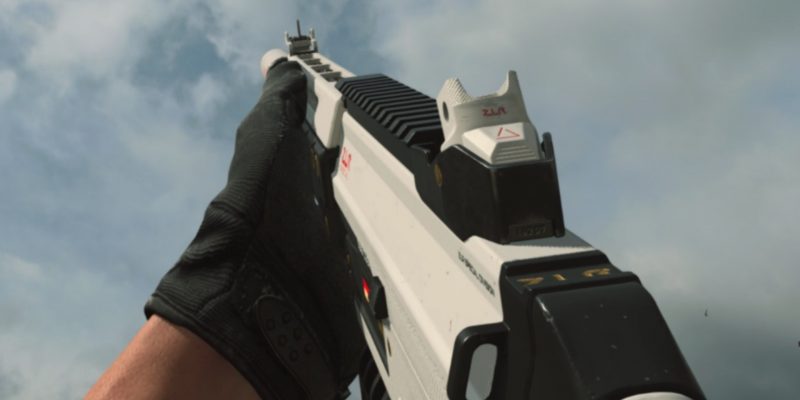 Long-term Call of Duty: Warzone players will be very familiar with the Grau 5.56. Over a year ago the battle royale’s first-ever meta was defined by this low recoil, high fire rate assault rifle. Power creep has since seen it fall out of a favor a little, but many players still have a soft spot for it. To get the absolute most out of the Grau in Warzone it’s important to have the best possible build.

The Grau 5.56 has a lot in common with some of the other popular assault rifles. Both the M13 and M4A1 serve as direct competitors as all three guns rely on their low recoil to compete in the meta. Of the three rifles, the Grau is the slowest handling but is also the easiest to control at long range.

One of the best traits of the Grau is that it comes equipped with some of the best iron sights in Warzone. Although all three barrels gain access to good iron sights, it’s the Tempus 26.4″ Archangel that has the best of all. Furthermore, this happens to be the barrel that provides the largest improvement to damage range, bullet velocity, and recoil control. These three stats are arguably the most important when building a long-range weapon.

To optimize the long-range capabilities of this Grau 5.56 Warzone build, it is best to partner the Archangel Barrel with a Monolithic Suppressor. Similar to the barrel, the Monolithic Suppressor boosts bullet velocity considerably. Also, with it being a silencer, it lowers the audio on gunfire. The Grau isn’t the loudest gun but the added suppression still helps avoid getting attacked by a nearby third party. 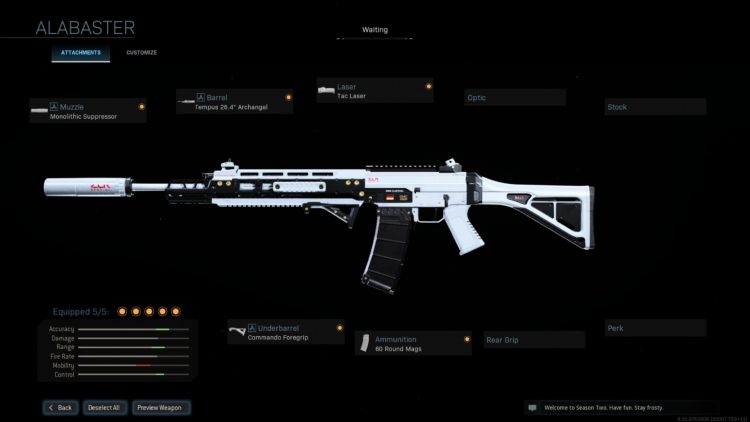 Despite its low vertical recoil, the Grau 5.56 can suffer at range due to excessive horizontal bounce. Left to right recoil is difficult to manage and predict even for high-skill players. In order to mitigate this, it is best to use the Commando Foregrip which reduces that horizontal recoil. It also slightly boosts aiming stability which can be useful for lining up shots at a distance.

The 60 Round Mags attachment is a fantastic choice to run for any Grau build in Warzone. Doubling the magazine size greatly reduces the likelihood of having to reload at an important moment. Given that the Grau 5.56 doesn’t have the best time to kill it can often require up to half a magazine to secure a kill. As a side note, it’s worth knowing that the Grau has a well-above-average fire rate. It shreds through both magazines and ammo reserves so purchasing a Munitions Box when running this rifle is usually a good idea to stay stocked up on ammo. 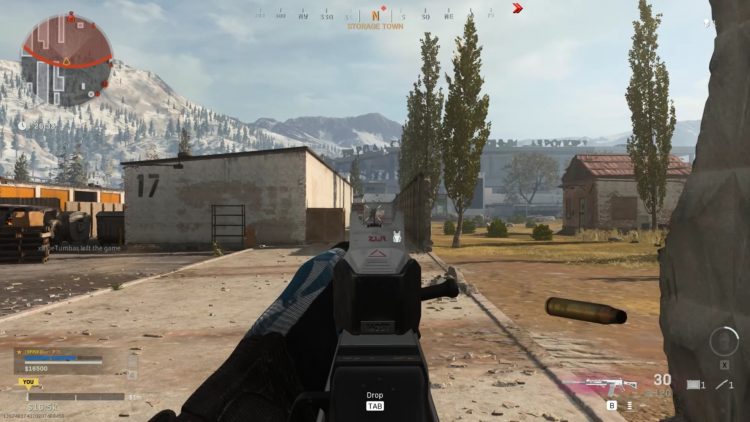 The downside to running so many heavy attachments is that it makes the Grau a slower handling weapon. Although there’s little that can be done to improve its slow movement speed, it is at least possible to better its aim down sights time. Since the No Stock attachment got nerfed a few seasons ago, the standard attachment to fill this role is the Tac Laser.

There isn’t too much variation when it comes to building a good Grau 5.56 in Warzone. This recommended set of attachments is standard but there is one notable tweak that some players prefer. The Tac Laser can give away your position when aiming, which makes scouting more difficult. To get around this the Stippled Grip Tape can be used instead. It’s doesn’t improve aim down sights speed as much as the Tac Laser, but it does enable more aggressive scouting and pre-aiming.

Gotham Knights has been delayed, will release in 2022