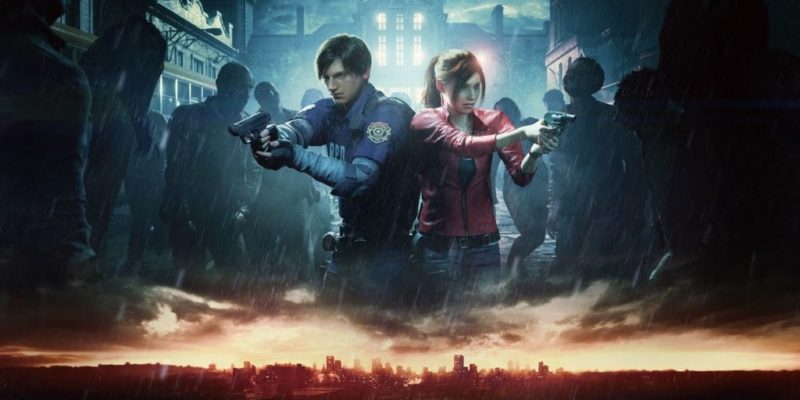 Recently, developer/publisher Capcom has been making some big moves in the PC world. Sales of Monster Hunter World exceeded expectations. Resident Evil 2 also met with success. With these in mind, the company is giving some well-earned nods to the PC as a viable platform. In a statement, Capcom COO Haruhiro Tsujimoto said the PC “can not be overlooked.”

Tsujimoto wrote of the PC earlier in the month, in a statement on Capcom’s digital strategy – “digital” meaning games bought and downloaded, which covers both console and PC. He mentions that the digital sales of both Resident Evil 7 and Monster Hunter World were “great.”

The statement was written in Japanese, so you’ll have to bear with the rough Google translation:

“In addition to focusing on digital, we were able to significantly expand sales in the Asian region in addition to traditional major markets,” Tsujimoto wrote. “Utilizing this success experience, we aim to further strengthen digital sales by promoting marketing and promotion that provides information including products more efficiently and more directly to users.

“Also, from the viewpoint of promoting digital strategy, expansion of PC platform spread can not be overlooked,” he continued. “The sales ratio of the PC version in our main title has been improved every year, and we will strive to further expand sales as an important platform.”

Capcom hasn’t been the only Japanese publisher to finally see the potential for PC. Around two years ago, Sega made the decision to push hard for PC. Over time, the company brought over ports of some of its best games, including Bayonetta and Vanquish. Putting its best foot forward, Sega has also been porting games from the acclaimed Yakuza series, starting with Yakuza 0 and Yakuza Kiwami. There are even rumors that Sega will soon bring Yakuza 6: The Song Of Life to PC.

With Capcom in our corner, fans of the company can expect great things to come. Devil May Cry 5 is heading to PC on March 8. Monster Hunter World on PC may also get some love. A crossover event with Geralt of Witcher fame is currently live on console versions of Monster Hunter. But that doesn’t mean we won’t see the event on the PC. Hell, with Capcom now gushing over the platform, it should be only a matter of time.

Civilization VI: Gathering Storm – Hungary Might Be The Best New Civ Around

By Kevin Foley5 days ago
Industry