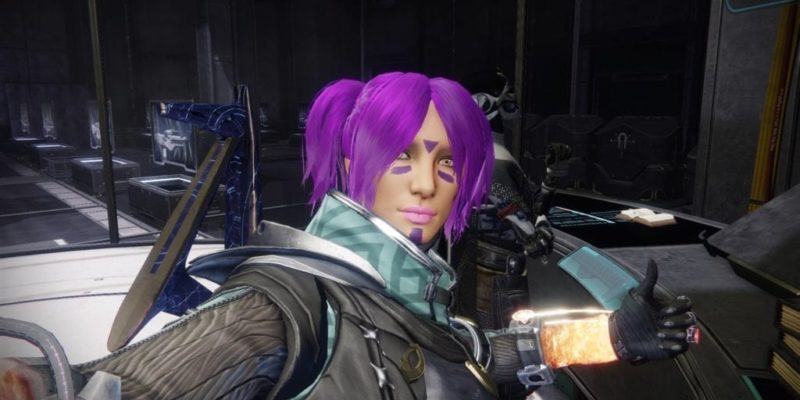 Destiny 2‘s Black Armory DLC is now available, and from early reactions, it seems it’s not what many Guardians expected. We all know that the Destiny franchise has had problems when it came to content droughts. The wait between The Taken King and Rise of Iron contained several weeks and months when there was nothing left to do. And so, on the heels of Forsaken, Bungie aims to drip-feed content every now and then via Black Armory. Whether it’ll work out, in the end, is still up in the air. For now, let’s check out what you can do in the game.

Right off the bat, you’ve got a couple of new quests. The first one is to visit Tess Everis to get an Eververse freebie after killing a few enemies. You’ll probably notice quite a lot of new cosmetics like ships, sparrows, ghost shells, and emotes. Just remember that, as before, you’ve got the new “knockout” system where you can’t get duplicates anymore from major rewards.

From here, you’ll need to find the Black Armory that’s hidden in the Tower. Just follow the path from the Bazaar until you reach a very suspicious looking door. Don’t forget to take in the sights as well. 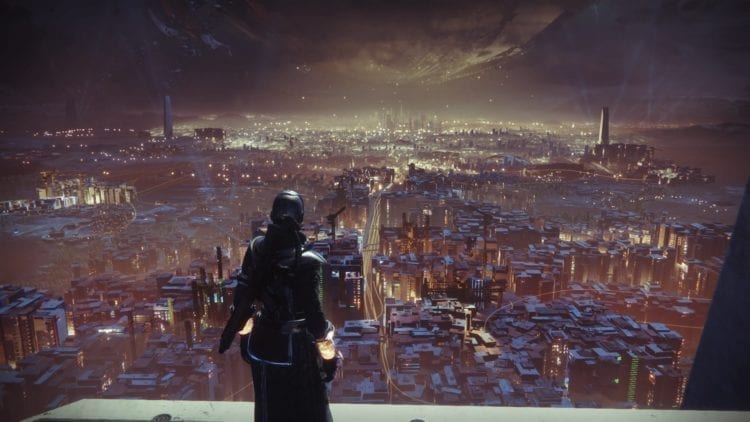 After a short cutscene, you’ll meet up with the curator of the titular Black Armory, Ada-1. She’s keeping her wares away from prying hands, but she does need your help. You’re going to have to forge a machine gun. 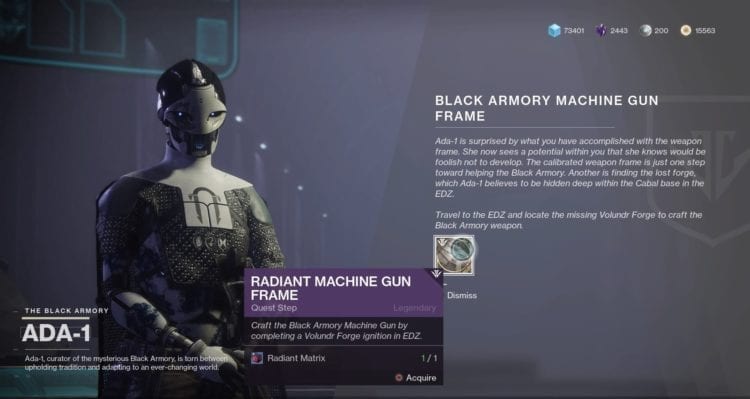 The first step is to find a Forge Saboteur and take them out. You’ll easily find these guys in the EDZ – Outskirts, and Gulch. If they don’t spawn, just enter and exit the zone or wait for them to pop up. Do note that there’s a chest that you need to open afterward. Make sure no other Guardians are around, since you’ll have to be the one to open this chest. You’ll also need to gather some Compound Ether, and this automatically happens when you or other friendlies kill Fallen in the EDZ.

Next up, you’ll need to get some Hive multikills with a power weapon. Your best option would be an Escalation Protocol on Mars. Bring a Thunderlord to get things done faster. Alternatively, bring a sword (even if a sword has no more ammo, your regular/non-Hive multikills still count). 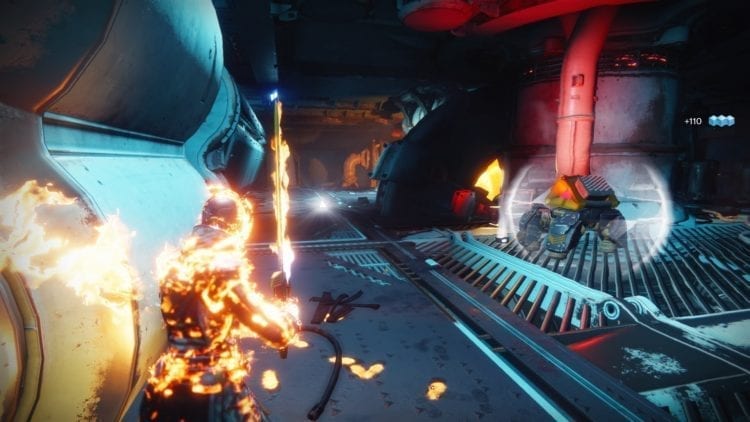 Once you’re done, you’ll need to beat down some powerful enemies (yellow bar mobs) with power weapons. Your best bet would be Glimmer Extraction (EDZ) or Witches Ritual (Titan) public events. Alternatively, you can just head on over to the Leviathan and kill the Cabal on the landing area (just head back to orbit and fly back in to reset). As for me, I headed all the way to the Engine Room in the Underbelly to kill turrets and Incendiors. I found that more efficient.

The next step will then task you with gathering Radiant Seeds also from powerful enemies. The same process/locations still apply. Once you’re done, you’ll finally have access to the Volundr Forge.

Volundr Forge – What’s In The Box? 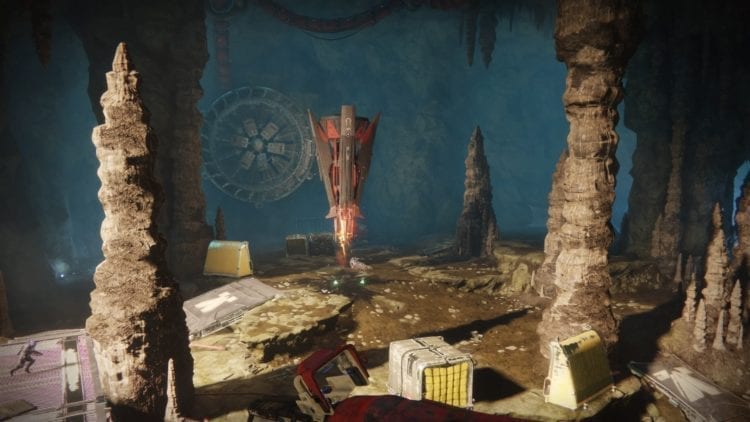 The first Forge that’s available in Black Armory is in the EDZ. Just head over to the Gulch or the Sunken Isles and follow the Cabal tunnels. There’s a short pathway over on the side that takes you to the Volundr Forge. Before you start the activity by touching that floating stalactite, you’ll want to pick up a secret exotic quest from a nearby ledge.

There’s a quick video below made by Esoterickk. Now, we still don’t know what this quest leads to so we’ll keep you updated once more details surface. In any case, head on over to that floating stalactite to start matchmaking for Volundr Forge.

That’s probably the reaction you’ll have once matchmaking is done. That’s because Volundr Forge (and likely all Forges in Black Armory) has matchmaking enabled but the enemies are at way higher levels. This horde mode has very simple mechanics:

That’s just Round 1, and the enemies are already 615 Power Level (PL). Round 2 follows the same mechanics, but the enemies are at 620 PL. Lastly, Round 3 will pit you against a boss that’s at 630 PL! Needless to say, you’ve got your work cut out for you.

You’ll need some hard-hitting weapons that can drop enemies quick. The One Thousand Voices from the Last Wish raid might help out for the regular rounds. Once you get to the boss, you’re definitely going to need the Whisper of the Worm… and a Warlock or two.

It’s possible to complete this while undergeared, but you’ll need a competent and coordinated team. Here’s a video from GladdHeAteHer’s team (presumably the world’s first completion):

Once completed, players will get the Hammerhead legendary machine gun. You’ll also want to go back to Ada-1 to see if you can pick up some more of her bounties. That’s pretty much what you’ll get for today, and that’s what’s gotten many Destiny 2 players agitated.

Make It Harder… But Not That Hard! 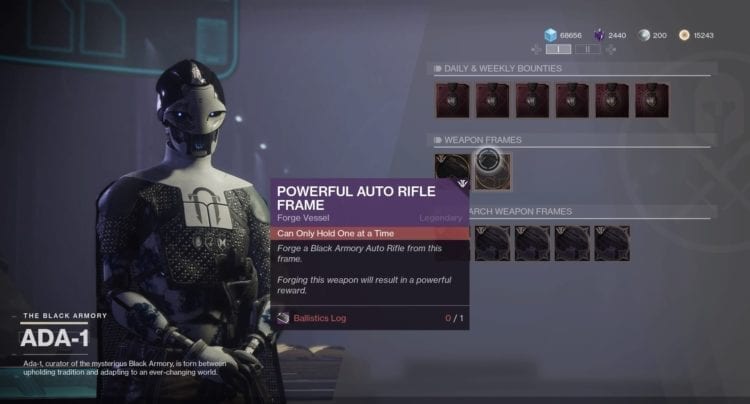 The Destiny community has often become conflicted in wanting a harder grind versus progression that’s more accessible. It’s worth noting that a majority of the game’s player base is comprised of casual gamers. For instance, only a small percentage of users have completed the Last Wish raid. Given that many in the community are keen on trying out and completing new content, that’s led to a number of complaints about the Volundr Forge having an extremely high Power Level requirement.

In a way, this is somewhat similar to the early reactions to Warmind and Escalation Protocol. Destiny 2‘s player base found it too hard, and only the top players/teams in the world were able to complete it in the first week. Bungie eventually had to lower the Power Level requirement just so more players can partake in the activity.

It’s also not confined to the difficulty, but also to the progression itself. That’s because the only way you can reliably grind to a higher PL is by repeating the same progression that you’ve done in Forsaken. Yes, that means doing your Vanguard Strikes, Nightfall, Gambit, Crucible milestones, and other activities for powerful engrams. There’s just nothing else that’s left unless you want to keep farming majors that will hopefully drop Prime Engrams. 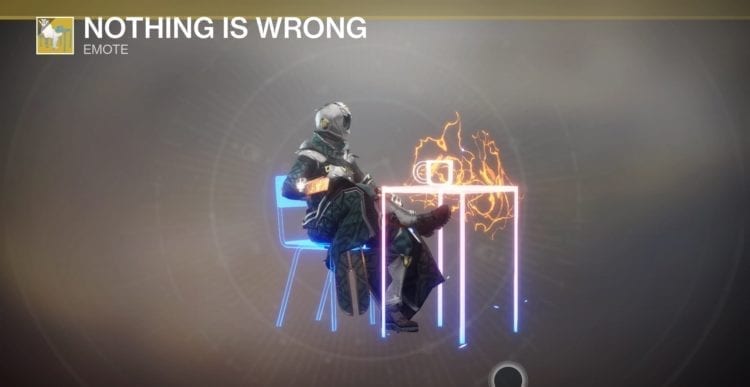 Something is oddly wrong with how Destiny 2: Black Armory has been presented, especially after the success of Forsaken. We know that these small, drip-fed contents are just to avoid content droughts, but the way it’s been implemented is a little off-putting. It’s also going to be a slog for solo players. With the new raid going live this Friday, this type of progression is also going to pose a problem for PvE players. Remember, with how the powerful engrams work in “tiers,” that means you’ll only get drops that boost you at small increments now.

That being said, Black Armory has only been out for only a few hours. Plus, it’s technically only $10 (combined with Joker’s Wild and Penumbra, the Annual Pass is $30). We already knew there wouldn’t be an in-depth campaign and that these mini DLCs would only focus on the endgame. For now, we’re just grinding to see what the future holds. My Warlock is currently 611 PL and eagerly waiting for whatever Bungie decides to throw our way.

In any case, if you do wish to increase your Power Level a bit more, do check out our guide to hitting max PL. Even though the content is from Forsaken, the progression system remains relevant. Another tip would be to quickly kill Riven on three characters — you can even cheese if you want to. Then, once you’re done with three kills (and three Ethereal Keys), run the Heart checkpoint on your highest PL character. You get to open three chests which, hopefully, give you the upgrades you need.