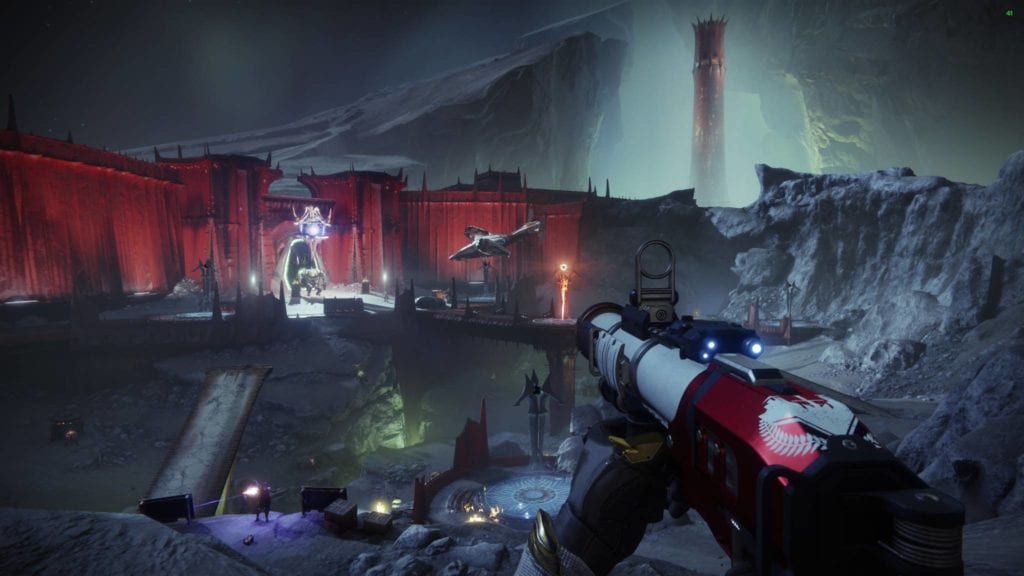 “It’s time, Guardian! Crush them!” Shaxx would say that line, if only you had the opportunity to play Crucible. Yes, Destiny 2: Shadowkeep is currently plagued with a number of connection issues due to so many users attempting to log in at the same time. That’s a technical problem that seems fitting since this is a technical review.

Yes, Destiny 2 has been available for a couple of years now on Battle.net and I did own the vanilla game. However, I never truly bothered to progress further since my main account was on PS4. Destiny 2: Shadowkeep‘s cross-save viability meant that I could experience all the goodness that awaits my Guardians on PC without the hassle of redoing the grind. I hope you’ll indulge me as I marvel at what the game provides along with meeting Eris Morn once again. Since Destiny 2: Shadowkeep‘s release also coincides with the launch of the free-to-play version known as New Light, this should help beginners who are also looking to see what they can expect from playing on PCs. 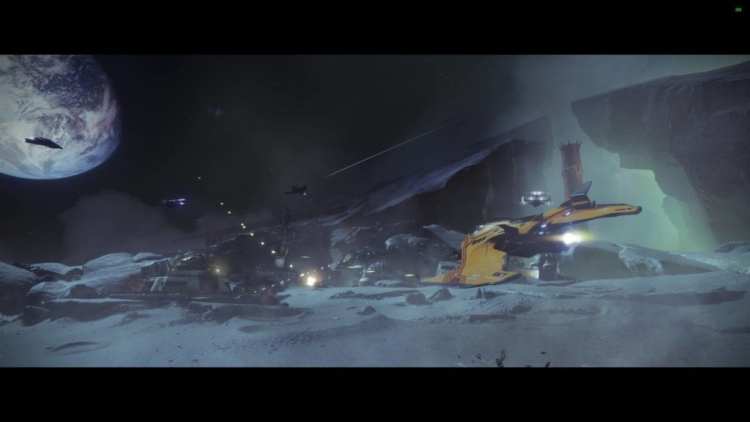 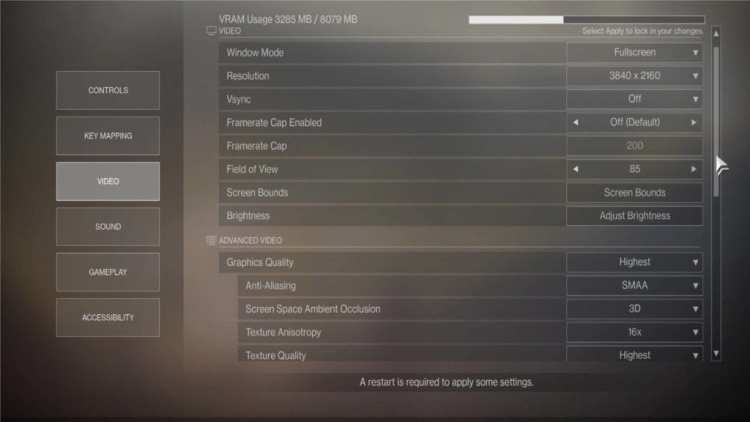 Destiny 2 has a lot of graphics options for you to tweak and toggle. You’ve got your usual changes to your resolution, texture quality, shadows, anti-aliasing, and environmental and character detail options. You can also make changes to the settings for foliage, depth of field, light shafts, motion blur, chromatic aberration, and film grain. Notably, you’ll be able to toggle HDR on or off if your display supports it. Do note that your screenshots won’t appear in their folder in this case (you’ll have to turn this setting off).

You’ll also want to keep your framerates uncapped and v-sync turned off. This will ensure that you’re getting the most bang for your buck.

For overall graphics, there are also several presets you can choose from (low, medium, high, and highest). You can also see the overall VRAM usage at the top of the screen, letting you know just how much each graphics option impacts Destiny 2‘s performance. 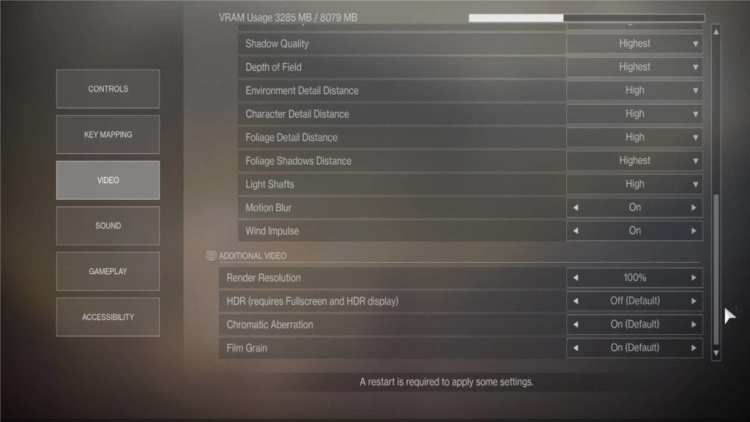 I promised myself I wouldn’t get a 4K display, but I ended up taking the plunge anyway. I’m glad I did because Destiny 2 is quite a visual treat at 4K.

With the aforementioned specs up top, these were my average FPS rates using different presets:

I prioritized quality over performance, at least while I was playing some of Shadowkeep‘s missions. It’s just low-end PvE anyway so it’s no big deal. Plus, since I originally played Destiny 2 on PS4, even doing raids was manageable at 30 FPS. The 40-50 FPS I had on the highest settings (at 4K UHD/3840 x 2160 resolution) was a sight to behold.

But, that’s for PvE. If ever I’d head to the Crucible, it’s when the framerates would matter more. Ideally, you’d want to be at a consistent 60 FPS or higher (80-140 FPS). That’s a long shot unless you’ve got a more advanced rig.

In this case, though, it’s better to lower your Destiny 2 graphics settings (medium preset ought to do it). Alternatively, you can opt to downscale your resolution. Check the screen bounds option in the video settings panel to fit everything to your screen just in case.

Anyway, when I downscaled to 1080p, these were the results:

Below, you’ll see two sets of images for graphics comparisons. I used the highest, medium, and low settings. As usual, click on each image for a larger view.

First up, here I am chilling with Zavala at the Tower. 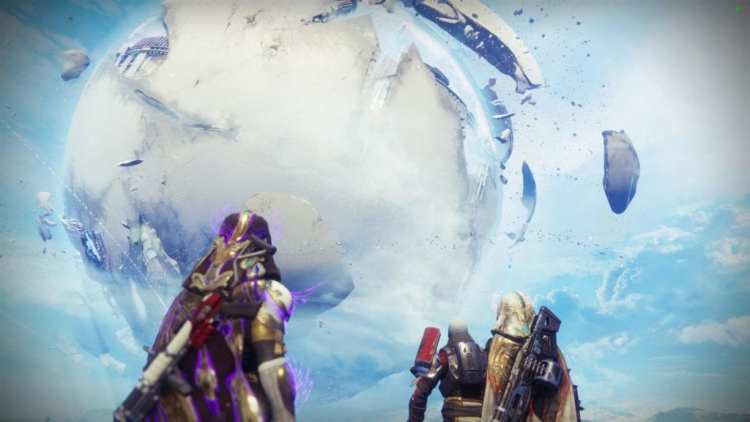 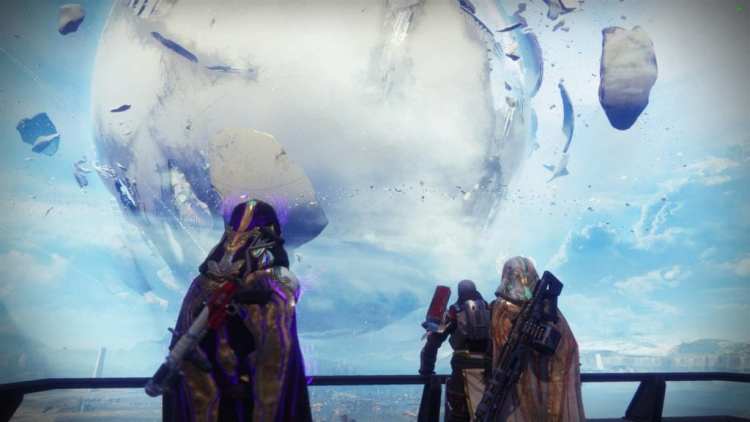 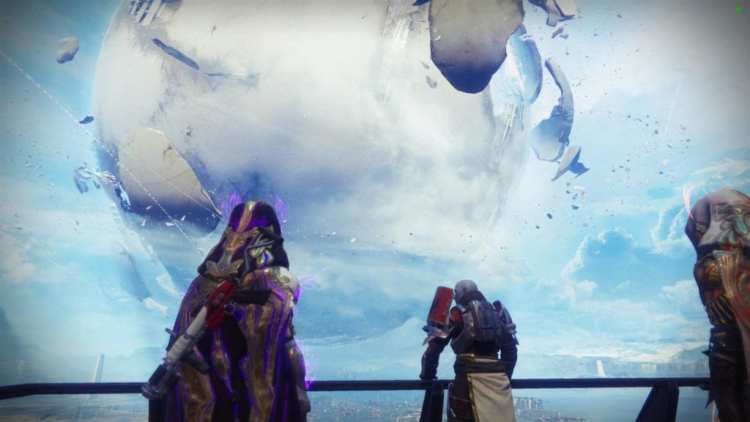 Next, here’s a look at the moon’s landing area near Eris Morn: 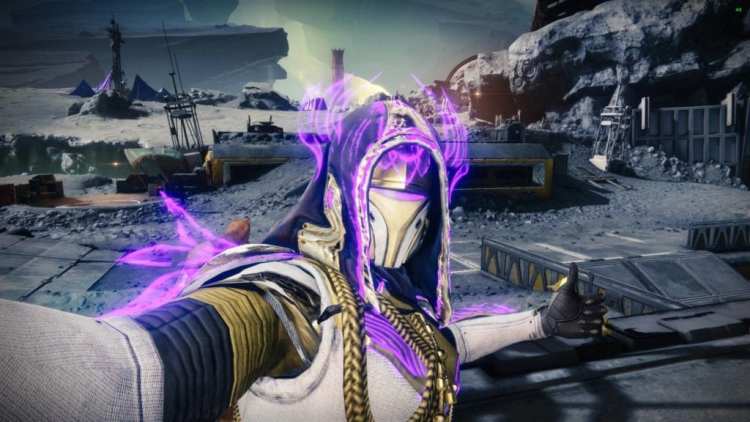 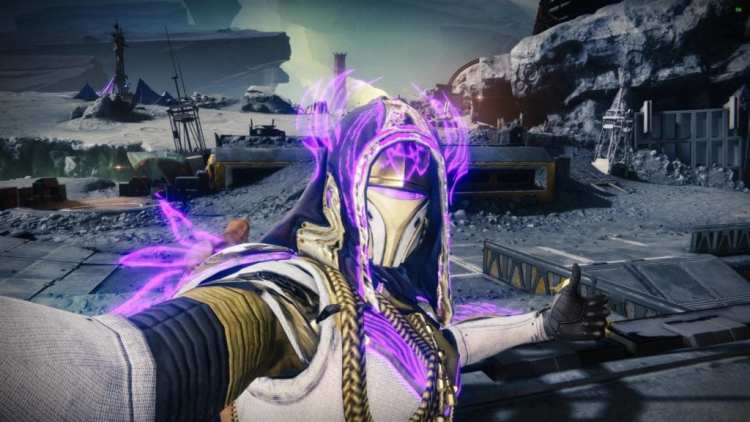 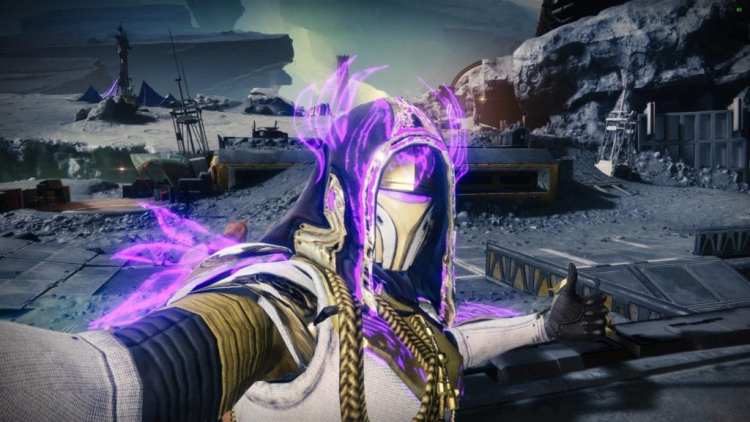 As for the actual differences in quality, these are most noticeable when it comes to the sharper edges and character detail. Armor and other special effects also look more frayed at lower settings.

Given that these areas don’t have a lot of action going on, and special effects that will bombard your eyesight, you won’t see a major impact on your framerates. You’ll see that happening while you’re in raids or other activities when everyone’s popping their supers.

You’ve got your usual control settings here such as inverted camera, sensitivity, and the like: 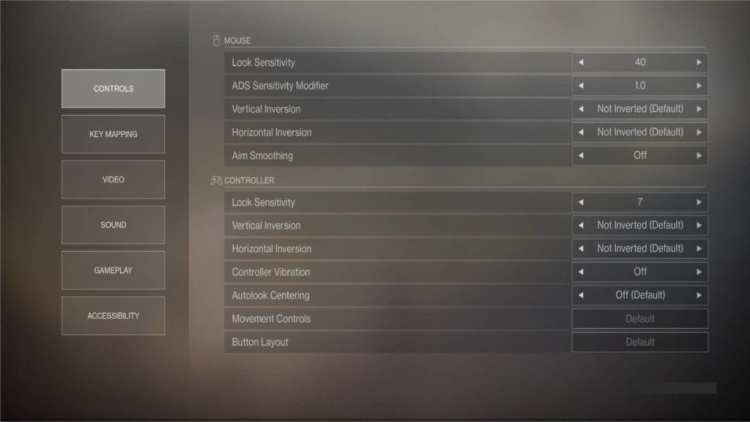 You can also see the keybindings and gamepad layouts below: 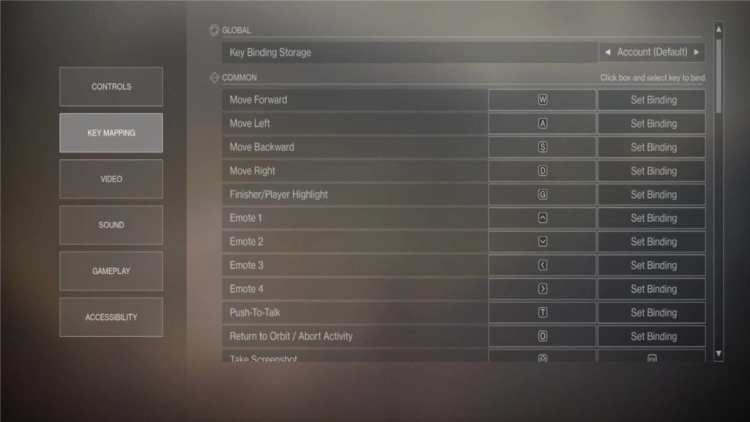 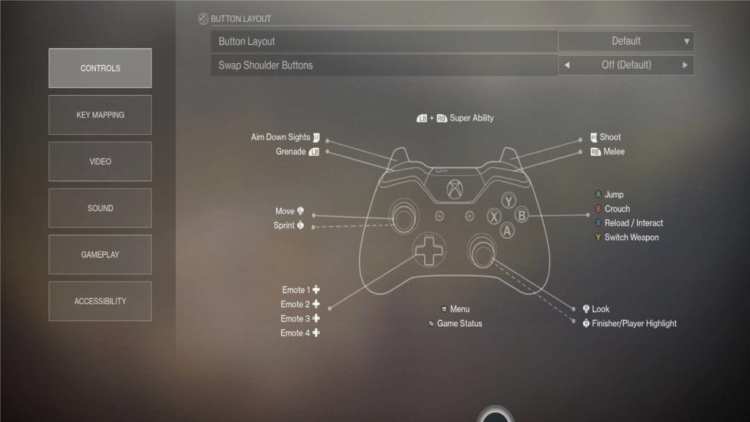 As you can see, there’s a new action that you can do called “Finishers.” If you bring down an enemy to low health, you can rip them apart with a devastating move. By default, finishers are bound to “G” (keyboard) and pressing the right thumbstick (gamepad). 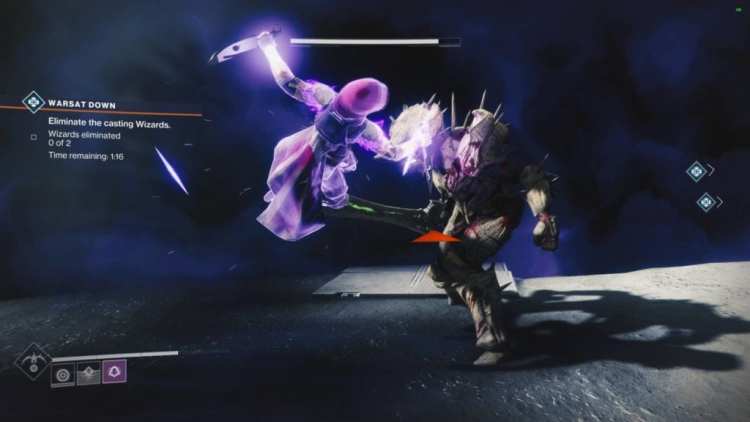 Of course, you’ve got your effects, music, and dialogue volume settings. You can also change the volume of voice chat. Your push-to-talk key can be found on your keyboard bindings panel. 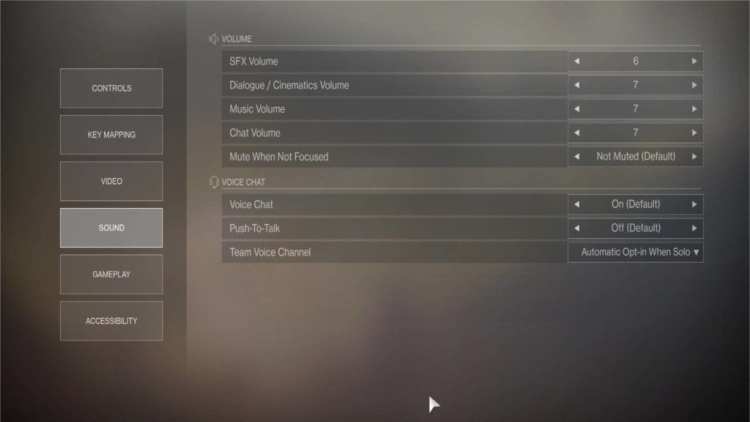 You’ll find various options such as your FPS counter, reticle color, and notifications. You can also make certain changes to Destiny 2‘s in-game text chat and the channels that you join. This is one of the major boons for PC players — you can just type what you need to mention to other players or teammates rather than trying to remember the mechanics or cues. 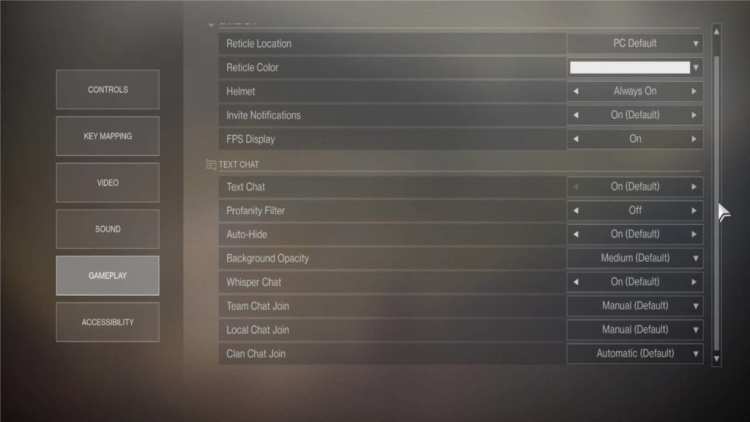 In Destiny 2‘s accessibility settings screen, you can disable your HUD in order to take screenshots akin to “photo mode.” You can also enable subtitles and color blind mode.

You’ll also see your NAT type in-game. You can manage with a moderate NAT type for the most part, although an open NAT type would be most ideal. If you’ve got a strict NAT type, then that’s when you can experience a number of connection issues.

Note: Check out the port forwarding and troubleshooting guide from Bungie.net.

Even with a fiber-optic connection and port forwarding for Destiny 2 enabled, I still found myself with a moderate NAT type. This led to several warnings that I was experiencing connection problems at the risk of getting booted out. I was able to play for a couple of hours until the unthinkable happened. 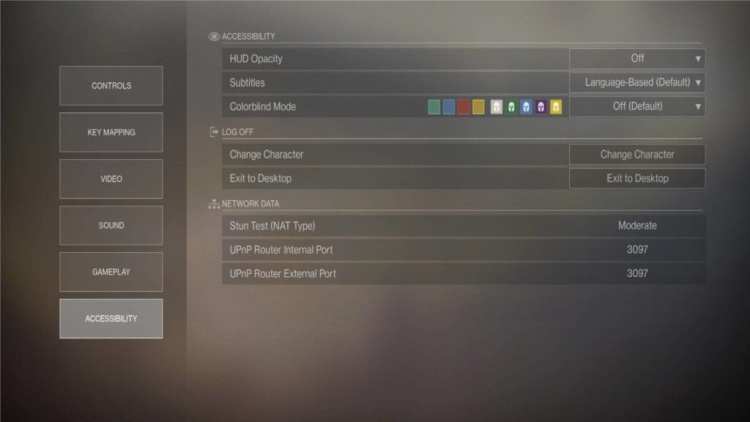 That brings us to where we are now. Just as I was about to finish Shadowkeep‘s final story mission, I got booted out of the game world (not just back in orbit). This time, I ended up back in Destiny 2‘s queue. The problem? I’m told that the game is at capacity and I can only join in later on. I checked back after 30 minutes to see that I was number 6,772 in the queue at around 3:30 p.m. EST.

I waited an extra 15 minutes only to realize that the queue wasn’t moving at all. I was still #6,772. 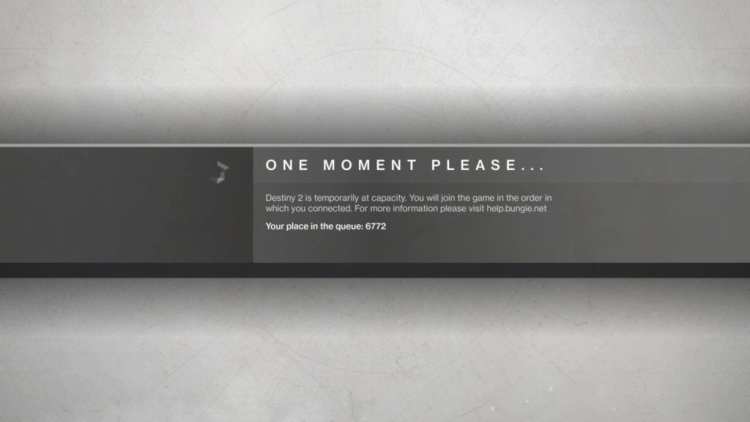 Here, I’ll present a couple of screenshots from Destiny 2‘s SteamDB page. First, this was how things looked like around 4 p.m. EST:

Fast forward and you’ve got this situation around 6 p.m. EST:

Destiny 2 lost around 50,000 players within two hours at peak time on launch day. It’s likely that SteamDB counts everyone else who’s still waiting in the queue, which implies that those 50,000 players must’ve gotten tired and have logged out completely. Still, hundreds of thousands are waiting even after Bungie already tweeted that both Destiny 1 and Destiny 2 have been taken offline for emergency maintenance.

Emergency maintenance for Destiny 1 and Destiny 2 is still ongoing. We apologize for the continued delay. Please stay tuned for updates on our progress.

Destiny 2, now free-to-play with its New Light moniker, is an amazing way to introduce someone to the wonderful universe crafted by Bungie. It provides you with a slew of content that you can, hopefully, enjoy.

Similarly, the cross-save functionality allows console players to experience the game on PCs without needing to redo everything. You cannot imagine my delight upon returning to the moon for the first time since Destiny 1 on PS4 and seeing familiar landscapes. With a number of user-friendly options for you to tweak and toggle, you can be amazed by the visuals, or focus on performance-boosting changes to help improve your framerates. Also, the speed and responsiveness while checking your menus and getting to various destinations are vastly superior. I can genuinely say that Destiny 2 is truly meant to be played on PCs.

The problem is that you also won’t be able to play at all… at least not yet. True, Destiny 2: Shadowkeep and New Light have a lot to offer for veteran and “boo-berry” Guardians out there, at least once these not-so-much-as-hiccups-but-more-like-annoying-belches are fixed.

We don’t know the full story as to what’s been causing these connection issues that are plaguing many players, including yours truly. I can only surmise that this was due to a number of factors:

It does leave you scratching your head. Yes, fumbled launches are a given for many online games, but the Destiny franchise hasn’t had these kinds of launch problems in past releases for major expansions and DLC/seasons.

Moon’s haunted? Yes, it is… because it’s emptier than that scary house across the street. Since you can’t play, there’s no use looking at the screen. Eyes up (and away from the screen), Guardian. 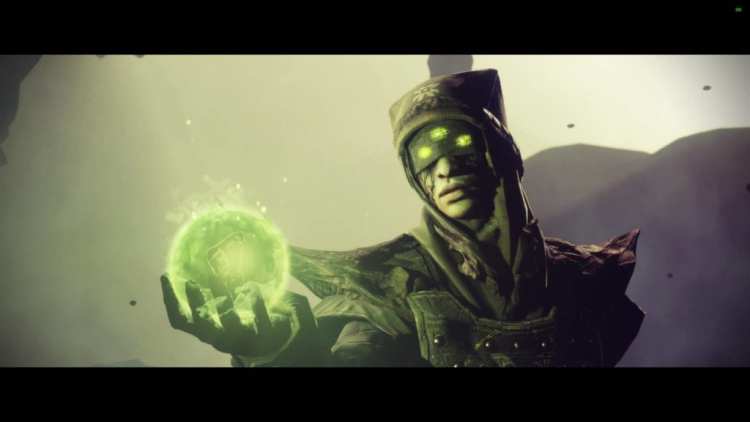 You can find Destiny 2: New Light and Shadowkeep via the Steam store page. Don’t forget, we also have our Destiny 2: Shadowkeep guides and features hub to help you out with other concerns.

Destiny 2: Shadowkeep leveling guide – Getting to 900+ power level and beyond