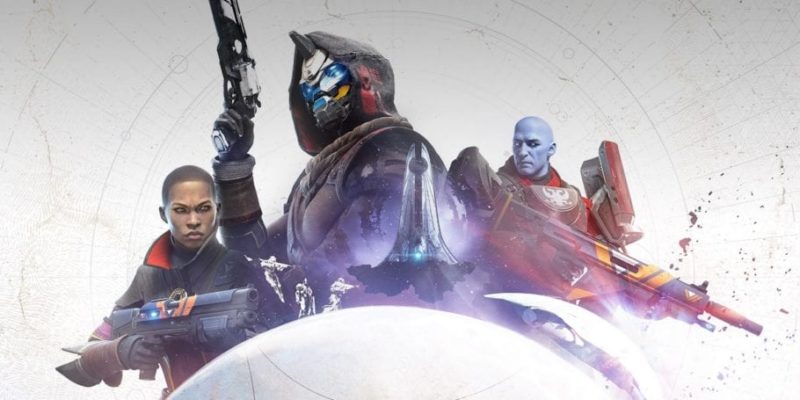 Destiny 2 is set to undergo the next step in its evolution with the Shadowkeep expansion. At the same time, Destiny 2 will also become free-to-play. Subtitled as New Light, the game will come with a lot of content for everyone to try their hand at being a Guardian. This beginner’s guide will explain what you can expect from the available activities. We’ve also added links to all our guides for the content that you’re about to tackle. A summary can also be found in our previous feature detailing the differences between New Light and Shadowkeep.

Destiny 2: New Light – Where it all began

Newcomers will be able to experience something that only Destiny veterans would be aware of: the first mission in the previous game. That’s right. Once you boot up Destiny 2‘s free-to-play version and create your character, the first mission you’ll undertake will have you waking up in the Cosmodrome. Newly revived by your “Ghost” (a floating sentient thingamajig), you’ll have to clear out the Fallen scavengers so you can grab a ship. You can see the video above from the Fireteam Chat YouTube channel.

Once you’ve landed at the Tower and you’re able to check the game’s “Director” (the activities and locations panel), you can pick a destination to go to. You’ve also got access to Crucible matchmaking (PvP) and Gambit (PvPvE). You’ll also realize that you’re at 750 power level (PL), which is the max PL prior to Destiny 2‘s Shadowkeep expansion. 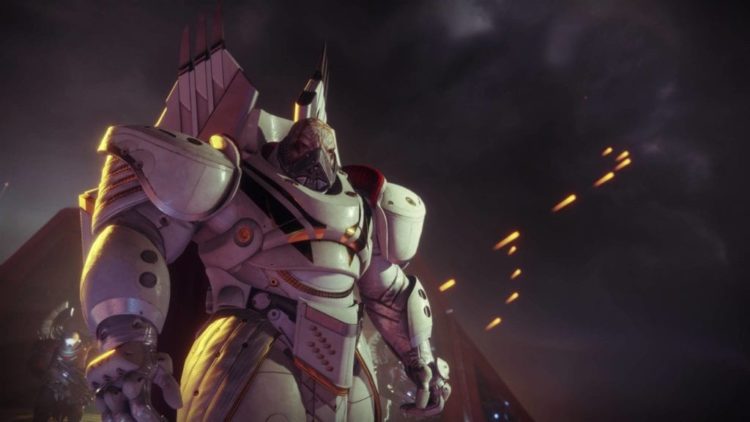 Destiny 2‘s Year 1 content will be available to everyone who downloads the free-to-play version. You can expect the activities, exotics, story missions, and adventures for the following:

Similarly, you’ll also be able to partake in the endgame raids way back then:

Note: You can find some mini-guides concerning Destiny 2‘s Eater of Worlds and Spire of Stars raids over at our sister site Dailyesports. You can also find a hilarious, quick kill of a boss from another Enthusiast Gaming sister site, Destructoid. 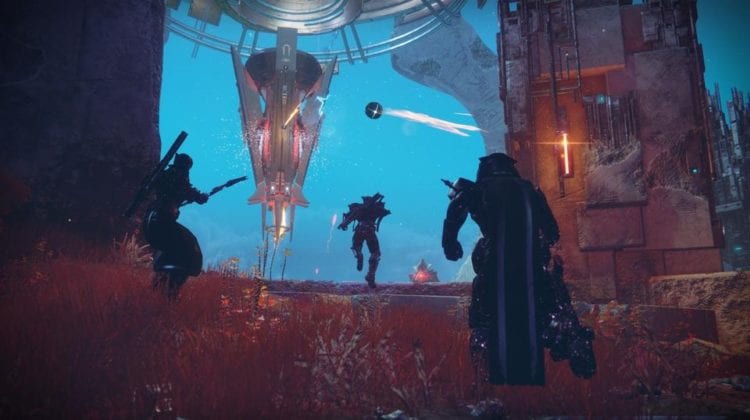 You won’t be totally “Forsaken”

Destiny 2‘s Year 2 expansion is called Forsaken. Even if you only have the free-to-play version, you’ll still gain access to a lot of Destiny 2‘s Forsaken/Year 2 seasons content.

In the forges from the Black Armory DLC, you’ll be able to face waves of opponents as well as a boss so you can complete these forges for extra loot. We have mini-guides for Volundr Forge, Gofannon Forge, Izanami Forge, and Bergusia Forge.

You can queue up for Gambit Prime which was added via the Joker’s Wild DLC/Season of the Drifter. Gambit and Gambit Prime are PvPvE modes. You take out numerous foes and pick up motes to send “blockers.” Eventually, teams race to kill a boss that’ll spawn at the end. The competitive part comes from being able to invade the opposing team to take out other Guardians. Here’s our Gambit Prime guide.

Also part of Destiny 2‘s Season of the Drifter, the Reckoning activity will take you to a strange world space to shoot more aliens. Here’s our Reckoning guide.

Lastly, via the Penumbra DLC or the Season of Opulence, you can queue up for the Menagerie. This six-player activity will lead you to the dark depths of the Leviathan once more, completing each encounter until you can take out a boss. The three Menagerie bosses rotate every week as well. We’ve got our Menagerie basics guide which includes the boss fight against Hasapiko, and additional mini-guides when you fight against Arunak and Pagouri. The Menagerie also has a “heroic mode” which is a lot tougher, but it does provide some neat rewards.

Sadly, New Light players won’t get access to Forsaken‘s missions, subclasses, or raids. If you do decide to purchase Forsaken separately, here are some additional guides to help you out: 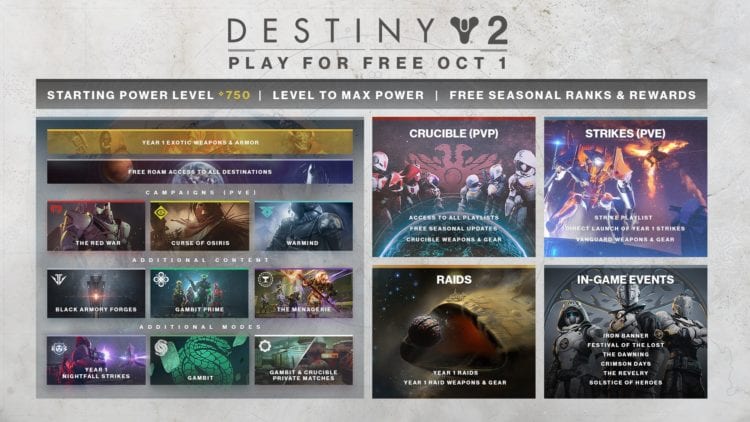 As you can see from the image above, you can still partake in a number of activities as a Guardian beginning your journey in New Light. Destiny 2‘s Crucible and Gambit playlists, as well as the Iron Banner, Festival of the Lost, Dawning, and more will be made available for the free-to-play version. Free-roam access (patrols/non-missions) to all destinations will also be allowed. This means you can find yourself exploring the Tangled Shore and the Dreaming City from Forsaken, or even the moon itself from Shadowkeep.

You’ll be able to enjoy loads of content that many Destiny 2 players have been fond of for the past couple of years. Conversely, you can also groan at how bad things got during the Curse of Osiris days, but, hey, that’s neither here nor there.

One last thing: don’t take it personally when veterans call you a “blueberry” or “kinderguardian.” Those are the usual terms reserved for new players. I’m actually partial to “boo-berries” now since the “moon’s haunted” in Shadowkeep.

Destiny 2: Shadowkeep releases today (October 1). You can pick up the New Light free-to-play version as well as the expansion via the game’s Steam store page. Don’t forget, we also have our Destiny 2: Shadowkeep guides and features hub to help you out with other concerns.

Mortal Kombat 11 is about to be Terminated