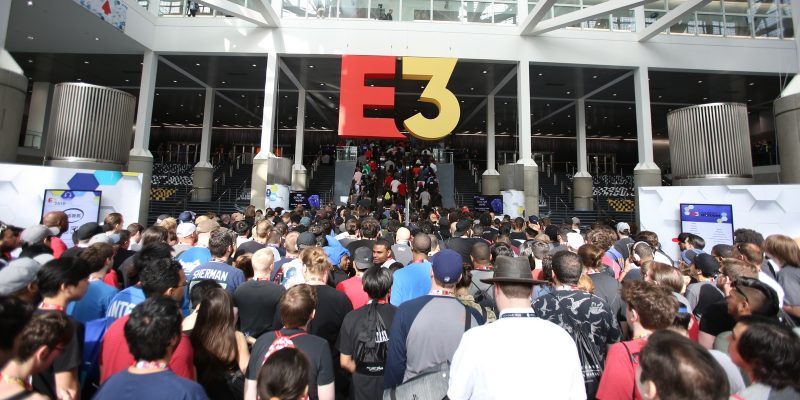 The general reception to the presentations of E3 2021 appears to have been a collective meh, disappointing for those who have been awaiting its return for a year. It’s not that all the presentations were bad, but they certainly didn’t live up to the desires. With the global pandemic affecting the speed of game development, fans were probably expecting too much. However, let’s look on the bright side. This year’s disappointment will mean that next year should be amazing. It has to be better, because otherwise E3 itself could end up being another victim of this pandemic.

Let’s talk about why it will be better and what happens if it isn’t.

After the year that we all endured with 2020, we all deserve a bit of a pick-me-up. As gaming fans, E3 should have been that event to lift our spirits. Getting to see the new games, innovations, and technology that we will be enjoying over the upcoming months should have us all giddy with excitement. Instead, this year’s presentations were mediocre at best. There were some interesting games introduced, but there was also a lot of filler. We were shown some games and DLC that were just not interesting, or footage of games that were already known.

Microsoft was seen to have had one of the better shows of E3 2021, and even that had its issues. Meanwhile, the Gearbox showcase may have been one of the most awkward and disappointing presentations ever. Capcom didn’t really reveal anything. The Koch Primetime show felt like it was put together by Zoom, featuring far too many interviews with developers via their webcams and not enough game footage. Square Enix revealed Marvel’s Guardians of the Galaxy, which looks like it could be fun. But the rest of the showcase? Pretty forgettable.

With all of these presentations being pre-recorded and not live, the slow pacing and over-extended segments are unforgivable. We all want to see as much as we can of the games we love. However, so many of these shows would have been improved by trimming 10-20 minutes from their running time. Too many presentations were trying to disguise the fact they didn’t have much to show by spending far too long on the sections they did bring to the table. 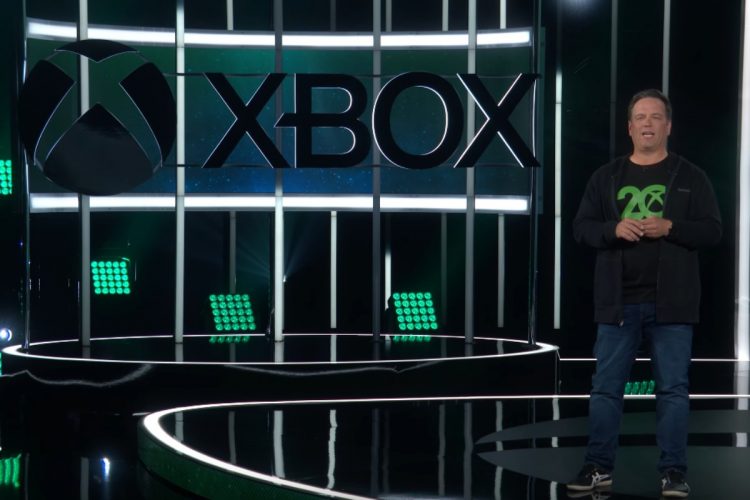 Xbox had one of the better presentations of E3 2021.

While none of the presentations really lived up to expectations, Ubisoft Forward feels like the one that really missed an open goal. The publisher has some great franchises and interesting things in development. However, confirmation of the continued existence of Beyond Good & Evil 2 would have been great. Give us a new Splinter Cell game. Even the “BattleCat” project that leaked almost a week before E3 could have been more interesting than some of the stuff on display.

Ubisoft kicked off with Rainbow Six Extraction. It was good to finally see gameplay, but before showing us that, the company had developers talking about it. Surely, it would have made more sense to show us the game footage and then have developers sit and explain. When you have folks desperate to see great game footage, they don’t really want to be greeted with talking heads. Ubisoft also spent a fair bit of time talking about a film adaptation of a VR game that many people haven’t even heard of.

When Ubisoft’s “one more thing” announcement was revealed, you could hear the gasps of boredom around the world when everyone realized that it wasn’t going to be a Splinter Cell or Beyond Good & Evil 2 trailer, but a new game set in the Avatar universe. Avatar may have taken the world by storm 12 years ago, but it’s not exactly remembered fondly. Yes, there are new movies on the way (starting next year), but this game announcement would have worked better after a movie trailer had whetted our appetite to jump back into that world.

Avatar: Frontiers of Pandora was announced during Ubisoft’s E3 2021 presentation.

Japanese game development appears to be hardest hit by the pandemic

Part of the reason that we’re not getting to see as much good stuff as we would like is the way that game development has been stifled by the global pandemic. While all developers have had their process slowed, it appears to have hit Japanese studios the hardest. Nintendo disappointed some fans by not showing what they were expecting. Yes, there was a new game announcement for a 2D Metroid game that got everyone talking. But it’s being developed by MercurySteam, a Spanish studio. Most people assumed that Nintendo’s big game would be the Breath of the Wild sequel, and while it was featured, all it showed was a brief trailer with little to no actual gameplay.

Square Enix’s E3 showcase was also disappointing with its presentation. The biggest reaction to the Japanese publisher’s show was the reveal of a Guardians of the Galaxy game coming later this year. However, that game is being developed by Eidos-Montréal. There was an array of games for iOS and Android. Babylon’s Fall showed up after three years and it looked fine. The only other announcement that garnered anything like a positive buzz was Stranger of Paradise: Final Fantasy Origin. This clunkily titled action game is a spin-off to the very first Final Fantasy, a game released 34 years ago. At least this game is actually a Japanese creation as it comes from Team Ninja. 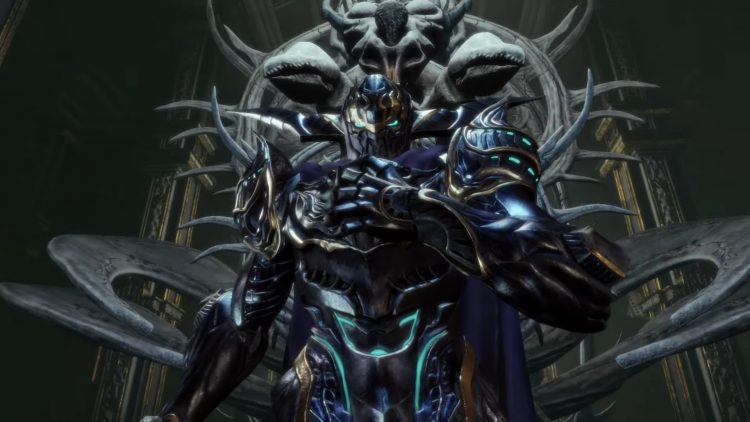 And then there was Capcom. Ooh, this one wasn’t good. It was as though the company had decided to do an E3 presentation and then realized about a week beforehand that it actually needed to show something. So, what did Capcom come out with? Really, not that much. There was a video about the upcoming multiplayer component of Resident Evil: Village, along with DLC was just now going into production. Monster Hunter Rise and Monster Hunter Stories 2 also has DLC on the way. We did get more information on a new, upcoming game. Well, at least new for Western audiences. The Great Ace Attorney Chronicles (another catchy title there), will be interesting to fans of the Phoenix Wright series, but it’s unlikely to reach a wider audience.

And then how did the company cap this presentation off? With a section on how Capcom was embracing esports. There was no “one more thing” moment; it closed it out with a whimper.

This year’s loss is next year’s gain

If you were one of the many fans who found E3 2021 disappointing, don’t lose heart. This year may not have featured as many goodies as we were hoping for, but next year should be amazing. Let me explain. The reason why we haven’t seen the games we want to see this year has been down to the slowdown in game development due to the pandemic. This is excusable over the last 12 months as studios have had to create new work pipelines and practices to enable developers to work from home. However, it is excusable only for this year.

Even if the teams are now only working at 90% efficiency compared to before, they should be able to deliver a wealth of goodies next year. What’s more, the pandemic is coming to an end and a lot of AAA developers are starting to bring their teams back to their offices. Some are still offering the ability to work from home a few days a week but they are still expected in the office at some point during the week. This should mean that development gets back to full speed imminently. And more development means more games.

We are fully expecting that next year’s E3 will introduce the games we were expecting this year but didn’t see. That’s not all though, the games that would have been a surprise to us this year should come next year as well as what they would have expected to show in 2022 anyway. All of this should mean a truly bumper year for the next E3. 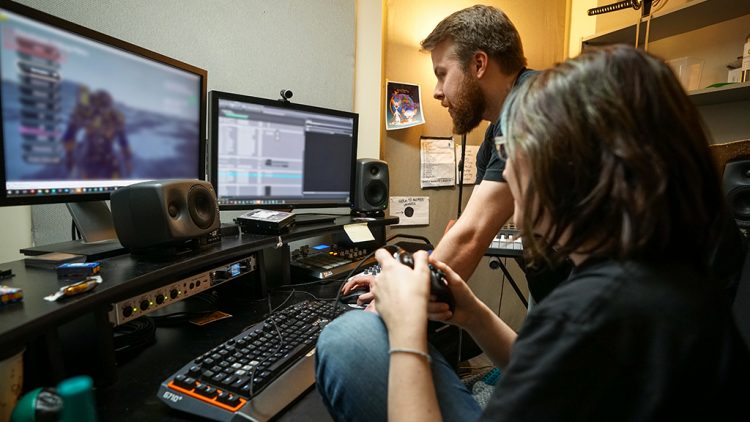 Game Development is gradually getting back to normal

With the troubles that E3 has had over the years, it desperately needs 2022 to big a huge year. After the 2019 edition of the show, the ESA was talking about the ways that they were going to shake things up. This was because people were talking about whether it was now irrelevant. Electronic Arts and Sony now run their own events separate from E3. The event has just generally been on the decline for the last 10 years or so.

With the pandemic sending everything online, it shows publishers that they can easily do what E3 has done on their own terms and far cheaper. The ESA needs to prove the value that it can bring to publishers by having all their games in one arena. As part of the media, we find E3 helpful, frustrating, exhilarating, exhausting, busy, chaotic, and almost any other emotion or feeling you can think of. It’s great to be able to have all the new and upcoming games in one place and to be able to find some indie gems. It is still possible to do this in other ways though.

If E3 2021 doesn’t deliver, it really could be the end of the show. We’re sure that publishers would continue to show off their wares through online presentations and some in-person events (like EA Play). However, E3 has been a part of our lives for so long now that it would still be sad to see it come to an end. 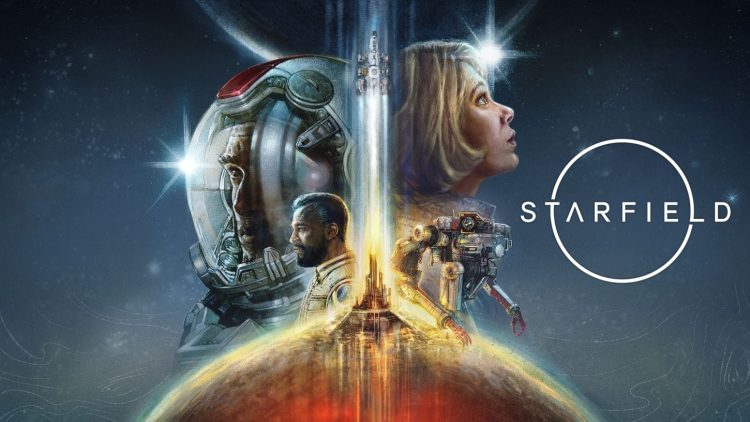 Starfield is one of the games that is bound to be featured in next year’s E3.

E3 2021 was disappointing, but things can only get better

E3 may have been disappointing for most people but that was probably because expectations were too high. We still got to see some great announcements. However, if E3 wants to carry on in the long term, then next year’s show needs to be amazing. And developers should be in a good place to show off some really great titles. The pandemic may have slowed development but things are beginning to get back to normal. We can’t wait to see what they are going to come up with. Here’s hoping that E3 2022 is one to remember.