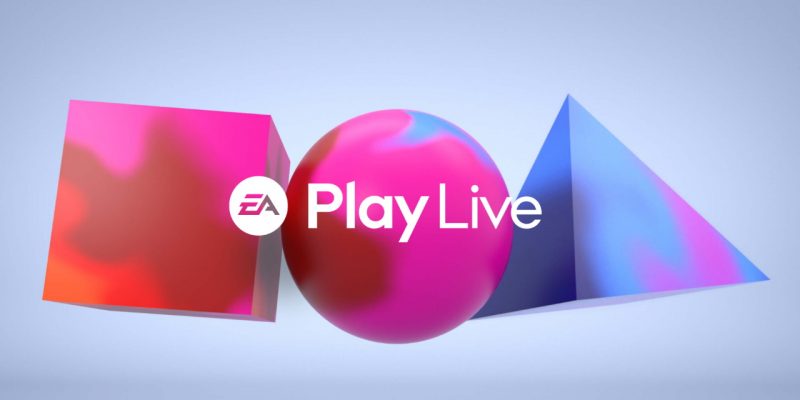 Last year Electronic Arts were forced to restructure EA Play into an online-only event due to the COVID crisis. When E3 was canceled it was the next best alternative. With E3 back this year it was assumed that the big publishers would host events for it. However, 2021 will instead see another EA Play Live broadcasted on July 22 where the AAA publisher will share details about its upcoming games.

The announcement was posted on Electronic Arts’ Twitter account. According to its official website, more details will be coming in the near future. This will likely include information on which platforms fans will be able to watch the event. If last year’s EA Play Live is anything to go by, the likes of YouTube, Twitch and the EA website itself are probable.

Although details on the event are sparse, there are a few things we can predict. Just yesterday we got confirmation that the next Battlefield will be announced in June. Therefore it’s not out of the question that a follow-up gameplay reveal could feature at EA Play.

Furthermore, there’s no doubt that EA will showcase its wide range of sports games. That means there will almost certainly be a new FIFA and Madden. There’s a chance that we see NBA Live, NHL or UFC appear too, as EA looks to further cement its presence in the sports game industry.

EA Play Live is coming back July 22nd. Save the date! pic.twitter.com/qh9OOGhPTm

It would come as no surprise if Star Wars appears at EA Play Live 2021 in some capacity. Any specifics beyond that are purely speculation. It could be a whole new game or an expansion for one of its existing Star Wars products.

The only other games we can be confident in seeing are Apex Legends and Skate 4. Skate 4 was announced at last year’s EA Play Live whilst Apex Legends has appeared at every EA Play since its release. Beyond that, it’s a guessing game but the appearance of a Codemasters title, The Sims 5, and other signature franchises like Need for Speed are all possibilities.