Linux gamers had a few worries recently after rumors broke out that Easy Anti-Cheat (EAC) may no longer end up getting support for future games. The story, originally reported by GamingOnLinux, led to concerns among the Linux userbase. It also led to qualms about the role played by Epic Games in all of this. 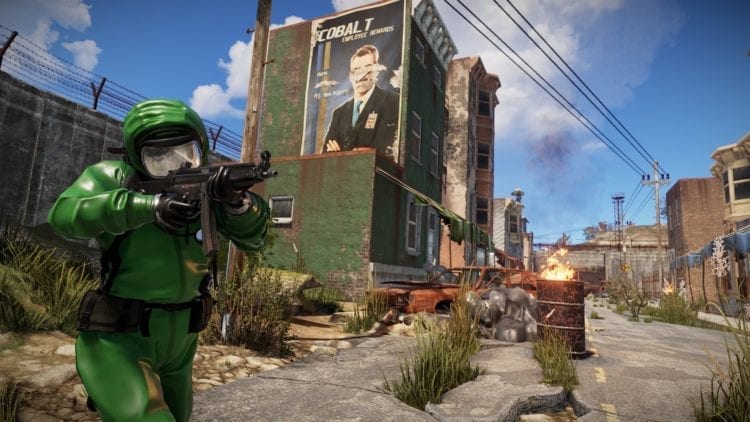 Rust — from Facepunch Studios. We’ll get to this in a while, so buckle up.

The Story Back Then

Valve announced Steam Play support for Linux users via Proton back in August 2018. The move was met with much excitement. Even though Linux users currently comprise only 0.81 percent of the entire Steam player base, they still remain a very dedicated group.

In October 2018, Epic Games acquired Kamu, the makers of Easy Anti-Cheat. Even after the acquisition and around February 2019, Valve and the EAC team were still working on additional support for Linux games running via Steam Play emulation. So far, so good, right?

So where did it all go wrong? Well, Epic — specifically Epic’s move to shift games away from Steam and onto its own storefront via exclusivity — caused a few issues. From Metro Exodus to Rocket League, Epic’s aggressive acquisition of games has become a grave cause for concern.

Fast forward to the present, and even EAC for Linux games became embroiled in the controversy. You can check out one such Twitter thread below from user @Taciturasa:

Before that, Valve had been talking with them for Linux support

Today, they announced all efforts to get it working under Linux have been halted.

Sweeney has compared using Linux to leaving to Canada.

So, what exactly happened?

The story came from an innocuous Reddit comment by Garry Newman — yes, that Garry Newman, founder of Facepunch Studios (the makers of Rust and, of course, Garry’s Mod). Yesterday, Newman was talking about the issues that the studio faced while continuing to support Rust for Linux. The biggest issue, he saw, was “EAC pausing their Linux support.”

Newman’s comments circulated around the internet. From there — a single Reddit comment — things spiraled out of control. The story became somewhere along the lines of: “Epic Games acquired Kamu/EAC to ruin Steam and attack Linux gamers.”

Today, Garry Newman himself replied on Reddit when I asked for clarifications. Newman shed light on his earlier statements, as he was the primary source for the entire story:

Hey thanks for the nudge and trying to inject some clarity, I didn’t know Epic was anti-linux and I’ve never had that impression from them or EAC, all this is the first I’ve heard about it.

​As far as I remember it was mentioned in conversation (by us) that we had an increasing amount of cheats on Linux, and contemplated whether it was better off to just stop shipping the linux version (our decision). EAC said that the linux development was paused so it would be fine by them. I didn’t get the impression they meant over all games they protect, but I can see how their development time would go into stopping the majority of cheats.

Newman also added that there were issues for the studio (as it relates to Rust‘s Linux version) since it was “not financially viable.” Facepunch pays “£100k+ a year in wages to support a Linux version [which] makes less than £5k a year.”

Twitter user @Taciturasa also replied in several subreddits to set the record straight, chiming in to provide some additional context:

Twitter OP here. This was a rant on my personal account that went absolutely f****** to the sky in a rocket before I could verify anything. I added a few clarifications the best I could when it started snowballing but it went out of my hands as quickly as possible.

The user also added that they do not have insider information regarding the issue, and the statements were due to being upset over Epic’s treatment of Linux gamers.

As for Epic’s and EAC’s side? They added clarifications in response to GamingonLinux’s inquiries, along with these statements on Twitter:

To clarify, Easy Anti-Cheat still provides native Linux support and will continue to do so. Earlier comments by a partner reflect ordinary day-to-day prioritization decisions on anti-cheat issues across all platforms and not any change in long-term priority for Linux.

EAC/Wine compatibility is currently in a beta state with several games whose help we appreciate, but significantly more work is needed to get it to a suitably stable and hardened level for all.

That’s the story… so far.

There will, no doubt, be more developments down the road. And there will, naturally, be more issues when it comes to Epic Games’ business practices and actions. At the very least, we have the correct information we need to go by.