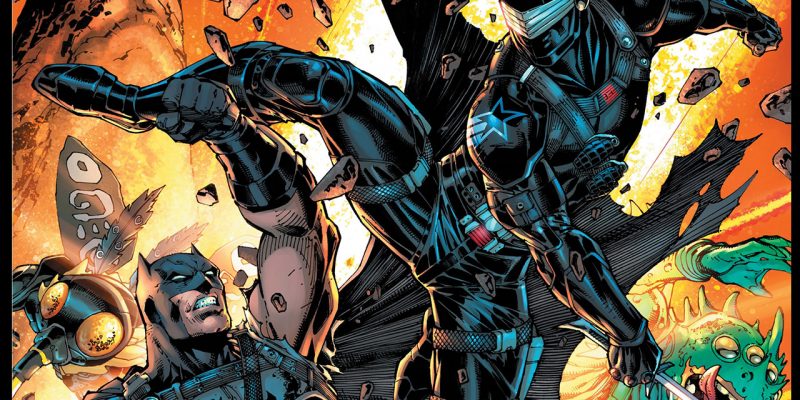 I don’t think anyone expected Epic Games to take Fortnite as far as it has, but the company is clearly in it for the long haul. Many suspected Fortnite would die off as a fad after a couple of months, but the cartoon builder battle royale has managed to stay relevant for years now. Part of that has to do with the ever-growing catalog of crossover content. Nowhere else can you hunt down both the Alien and Predator as a team of Marvel superheroes. Trust me, I’ve seen it. The Fortnite x DC crossover comics are sending things even further into new directions by mixing the likes of Batman with that of Jonesy and crew.

The latest cover art reveal shows that even G.I. Joe’s Snake Eyes character will make an appearance in the comics. With several more comics yet to be revealed, there are surely going to be even more surprises. Still, I think the Dark Knight versus the Master Ninja is already plenty to get excited about.

The cover art is part of issue #3 in the Batman/Fortnite: Zero Point series and is just a part of the latest bundle of images to swarm the internet. We can also see that there will be special collector editions of these comics, as that is the nature of the business. Those who opt for the collector’s editions will get a version with the Dark Knight posing solo on the cover instead of the whole character cast. We still don’t know exactly where the story will go, but it’s sure to be a wild ride for Batman.

The Fortnite x DC comics crossover isn’t the first time the two brands have collaborated. Back in Chapter 1 of Fortnite, Tilted Towers was transformed into Gotham City. A previous season of Fortnite also added a cabal of characters to the battle royale. The comic series is just the latest crossover to take place, and it looks like it will be a huge success as well. It certainly doesn’t hurt to offer exclusive DC skin codes with the purchase of each comic. The Batman Zero skin is nothing to brush aside either. You could say it looks… epic.

We preview Just Flight’s Piper Arrow III for Microsoft Flight Simulator – Is it worth it?