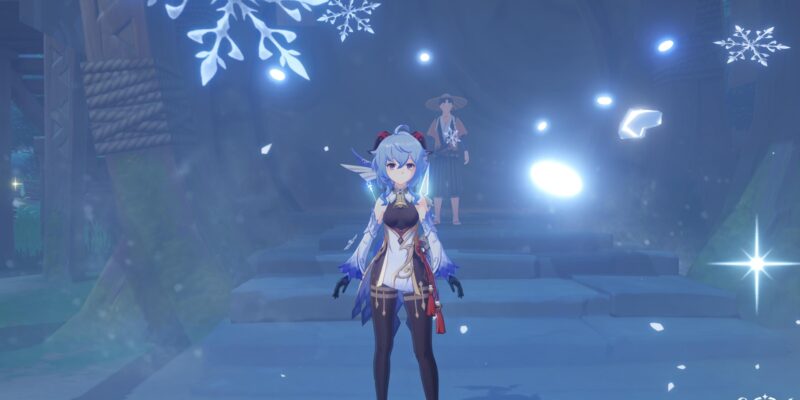 The Hakushin Ring, Amenoma Kageuchi, Kitain Cross Spear, and Katsuragikiri Nagamasa. These are the craftable 4-star weapons that we’ve found, so far, in Genshin Impact‘s Inazuma region. However, one was still missing: the Hamayumi bow. For a while, players have been wondering how to obtain it. Well, it’s finally been discovered. Here’s our guide to help you obtain the Hamayumi bow in Genshin Impact.

Genshin Impact guide – How to get the Hamayumi bow

Initially, I thought that the Hamayumi Bow would be the final reward in Genshin Impact‘s Tatara Tales questline. After all, we’ve been revisiting Xavier’s location each day for the past week just to aid him in his experiment. Indeed, even Xavier, at the conclusion of the questline, said that he’s giving you a blueprint. Well, as it turns out, that questline’s final act only gave us a blueprint for a stool (a hilarious and maddening in-joke if there ever was one).

So, what about the Hamayumi Bow? Funnily enough, it’s actually part of your activities related to Takashi and the Mysterious Conches. The process is simple: grab those Mysterious Conches (which tend to respawn) and open one chest each daily reset until seven days have passed. The rewards tend to be random regardless of the chest. However, the closer you are to the seventh day (or even past that point), the better your chances of receiving the Hamayumi blueprint from any chest. Likewise, you’ll obtain the “Thank you, come again!” hidden achievement. 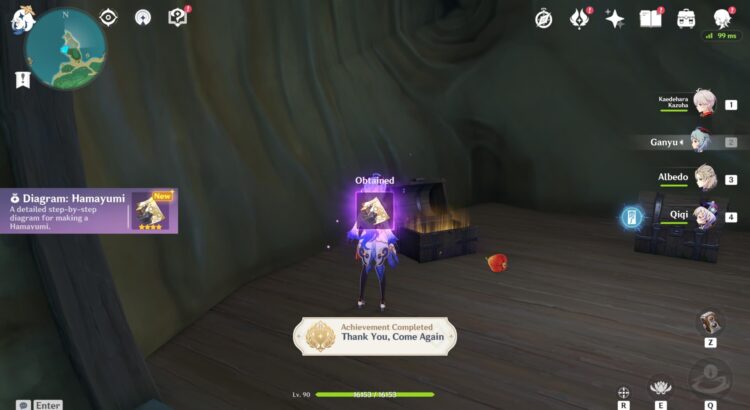 Compared to the other 4-star weapons found in Inazuma, the Hamayumi uses arrowheads (from hilichurl archers), prisms (from Mirror Maidens), and Narukami materials (from the Court of Flowing Sand domain every Tuesday, Friday, and Sunday).

It has ATK% as a sub-stat and the “Full Draw” perk. The perk increases normal and charged attack damage by 16% and 12% respectively. When the character’s energy is at 100%, the buffs are also increased by 100% (i.e., 32% and 24% respectively). At a glance, the weapon looks like a decent fit for Ganyu (owing to the charged attack bonus). It might also be viable for Yoimiya, though she’s not yet available via wishes. 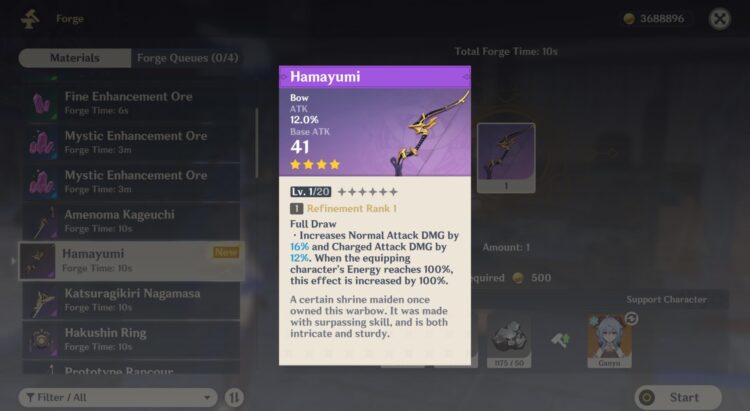