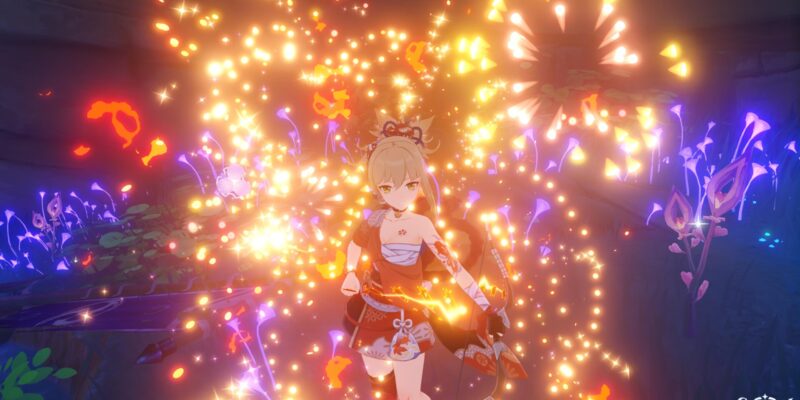 Naku Weed is a material that you can collect in all three zones in Genshin Impact‘s Inazuma region, and it’s something used by Yoimiya. It can be a little tough to find, but you should stumble upon a few as you’re completing certain questlines. Here’s our Genshin Impact Naku Weed farming locations guide to help you with Yoimiya’s character ascension material.

Note: For more information about the game, check out our Genshin Impact guides and features hub, as well as our version 2.0 overview. You may also take a look at our character build guide for Yoimiya.

Naku Weed is a purple plant in Genshin Impact that grows along cliffsides and riverbeds, especially the ones close to Balethunder anomalies. You should be able to collect over 50 of these as you’re exploring various areas. Remember that you’ll need at least 165x Naku Weed if you wish to boost Yoimiya to level 90. 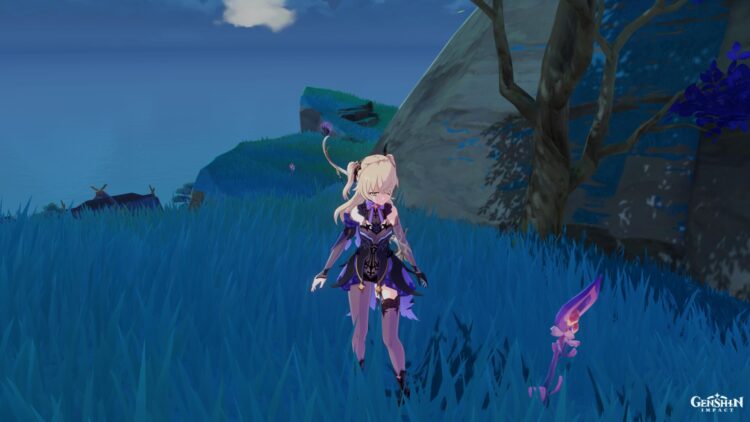 If you go to Inazuma City, you can purchase 5x Naku Weed every couple of days from a groceries vendor named Aoi. Her store is near the fast travel point. 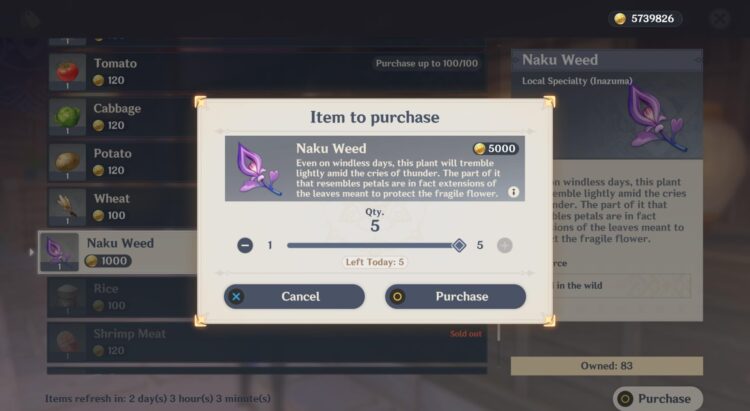 You can see the Narukami Island Naku Weed farming locations on the map below: 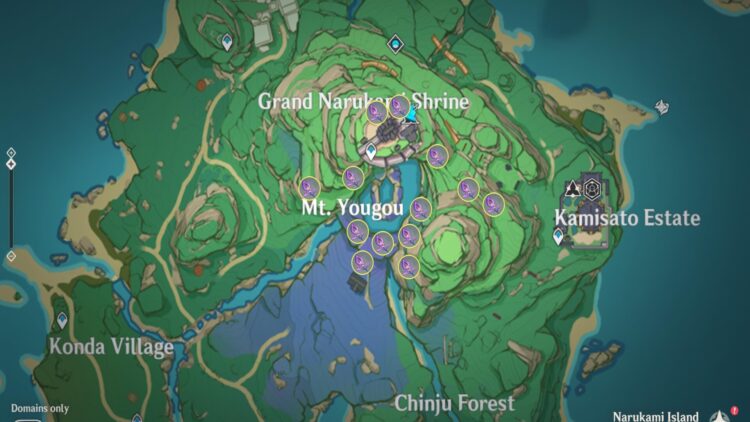 To be more specific: 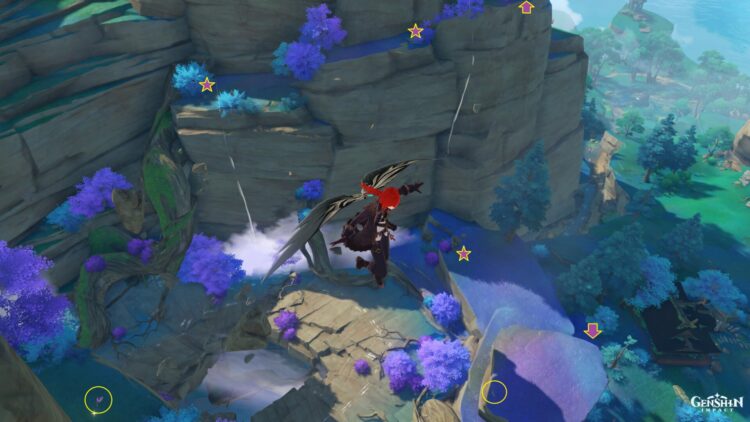 Likewise, there are three beneath Kondo Village. You’ll unlock this underground area while doing the Sacred Sakura Cleansing Ritual.

This questline leads you to the well behind the village elder’s house. Follow the underground tunnel. Then, use the Thunder Bough/Electrograna to pass through the shrine’s barrier to pick up the Naku Weeds. 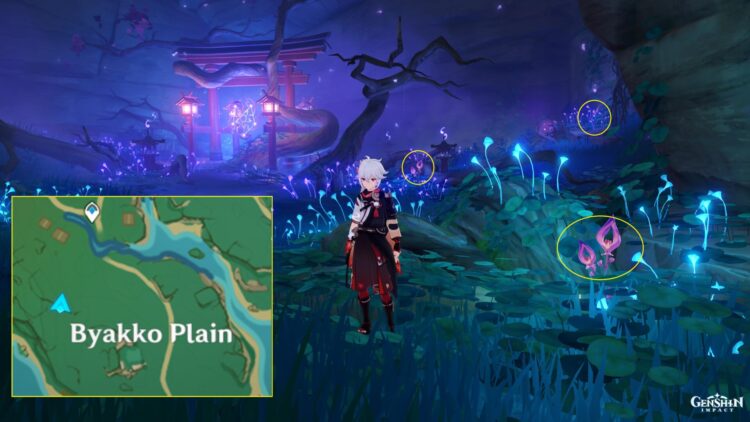 You can see the Kannazuka Naku Weed farming locations on the map below: 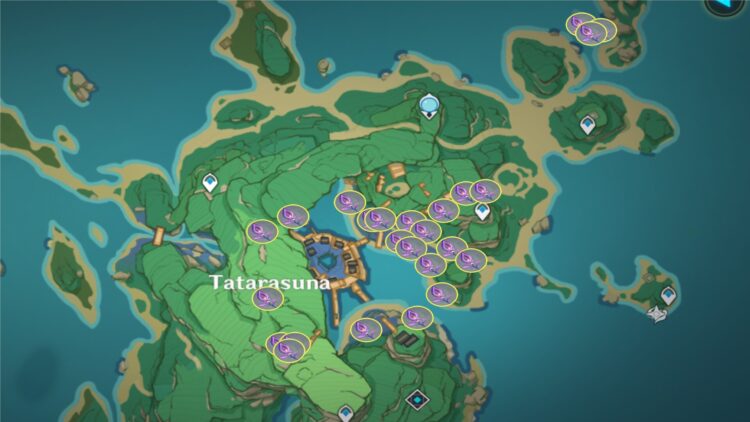 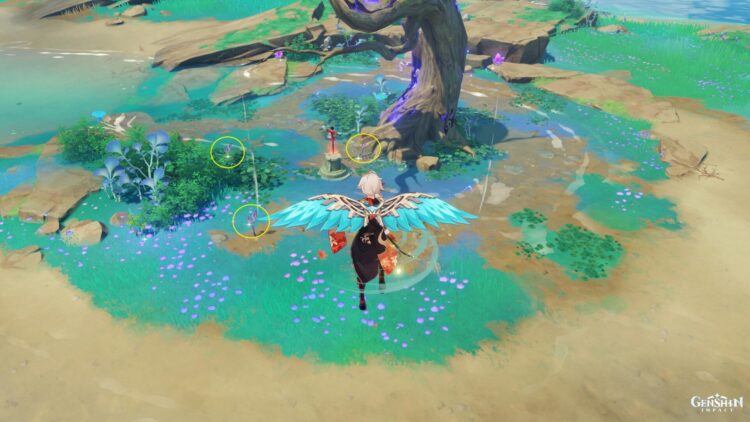 As for Tatarasuna, there are over 20 here. Since you’re close to the Mikage Furnace, the Balethunder effect will be active and you’ll gradually lose HP. Make sure you heal up or tag the nearby Thunder Boughs/Electrograna to nullify the effect.

Also, remember that some icons do seem like they’re on the plateau when, in actuality, the materials are down below inside caves or along the riverbed. Here’s the gist: 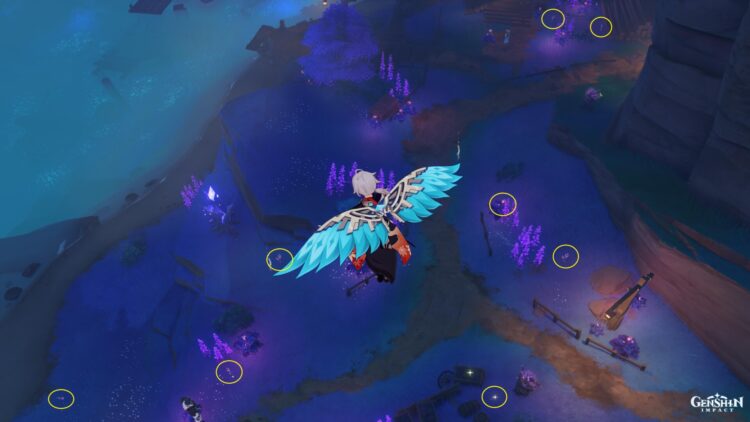 You can see the Yashiori Island Naku Weed farming locations on the map below: 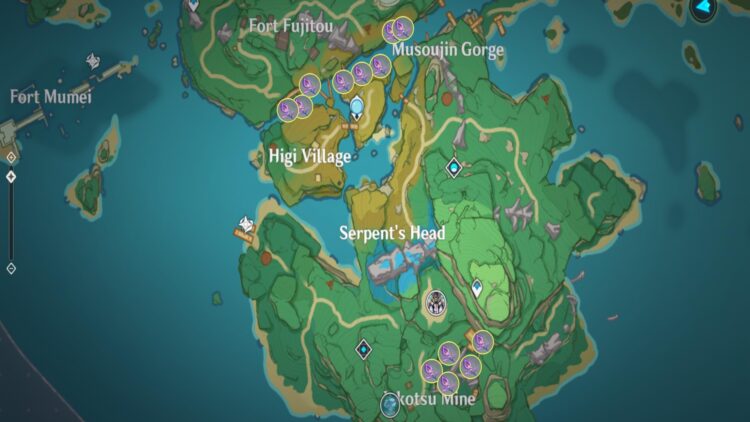 The Naku Weeds are by the river north of Higi Village/Musoujin Gorge. The Balethunder effect is also active here.

You can see some of these marked in the image below: 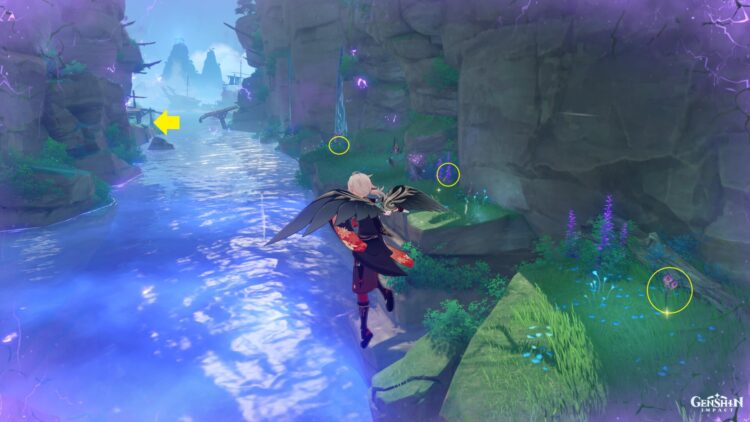 As for Jakotsu Mine, there are five nodes. They’re a bit hard to spot if you’re gliding in mid-air (again, the game doesn’t render them until you’re close enough). As such, you’d need to drop down the mine itself.

This is also an area where you’d complete one of the puzzles for the Orobashi’s Legacy questline. 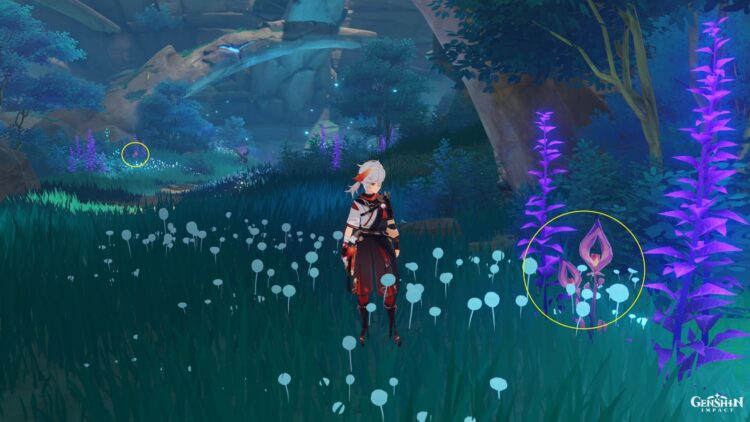