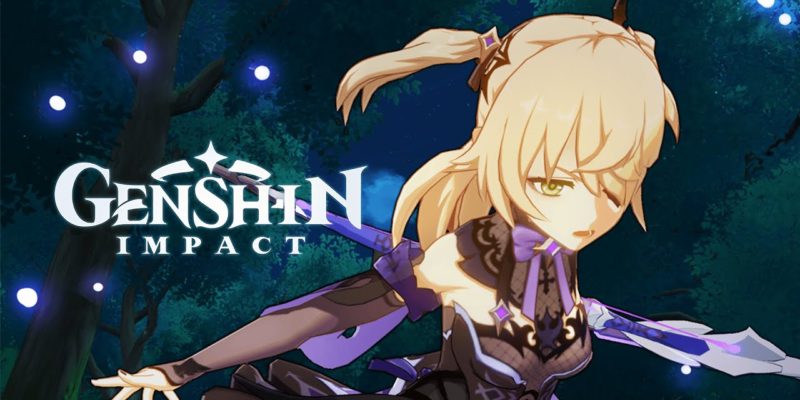 Genshin Impact has a brand new activity for Travelers everywhere. It’s the “Unreconciled Stars” event, one that lets you look for meteorite locations. At the end of the event, assuming you completed all the requirements, you’ll even obtain Fischl as a character. Here’s our guide to help you out.

The main requirement for you to partake in Genshin Impact‘s Unreconciled Stars event is to reach Adventure Rank 20. You can refer to our Adventure Rank guide if you need some tips.

Next, you’ll need to speak with Katheryne, the NPC of Monstadt’s Adventurer’s Guild. She tells you of a strange incident where meteors started raining all over Teyvat and the people who touched them have fallen asleep. While this is going on, Fischl and her talking raven Oz appear. Let’s just say your interactions with Fischl are some of the most hilarious in Genshin Impact owing to her posh attitude and being completely out of touch with the “common folk.” 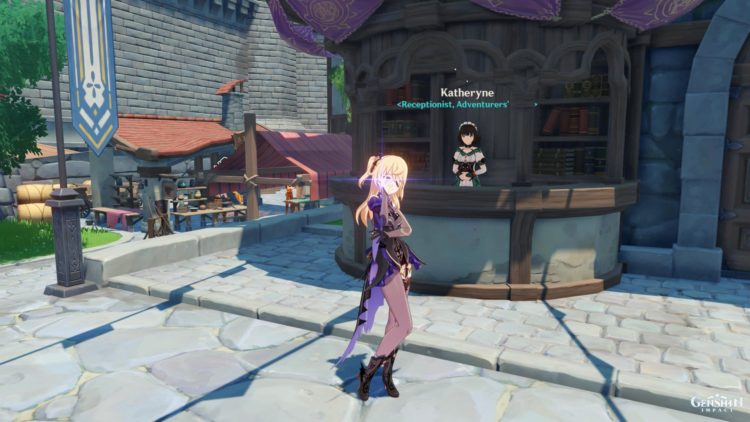 From here you’ll be asked to visit Springvale to investigate the sleeping sickness and meteorites. The steps are fairly straightforward (expect some comedy with Fischl) and, once you’re done, you should be able to check out the remaining tasks in Genshin Impact‘s Unreconciled Stars event.

These entail looking for meteorites, completing sidequests, and, eventually, getting Fischl as a character. She’s one of the best fighters you can get in the game given her skills and capabilities. 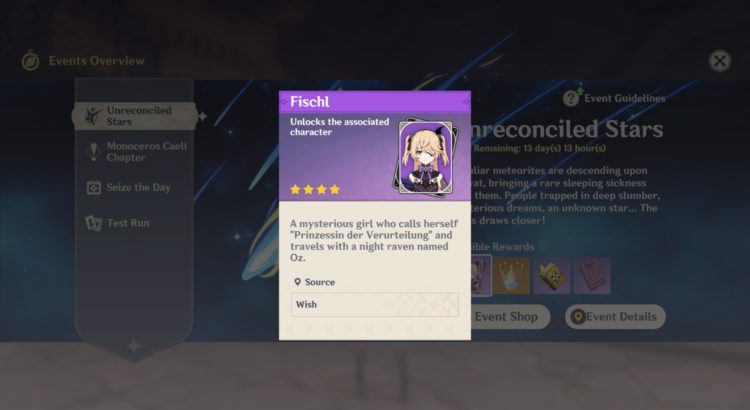 Anyway, let’s go ahead and tackle these mechanics one by one. Click on the page below for the mechanic/activity that you need help with:

Note 2: The entire Unreconciled Stars event runs from November 16 to November 30. This is the only time you’ll be able to find the meteorite locations and do the objectives to obtain Fischl. However, the event shop will be open until December 6, so you can still grab the stuff you want until that date. 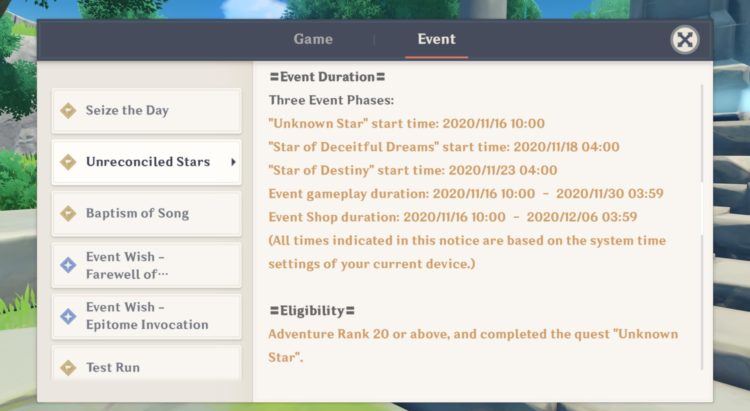