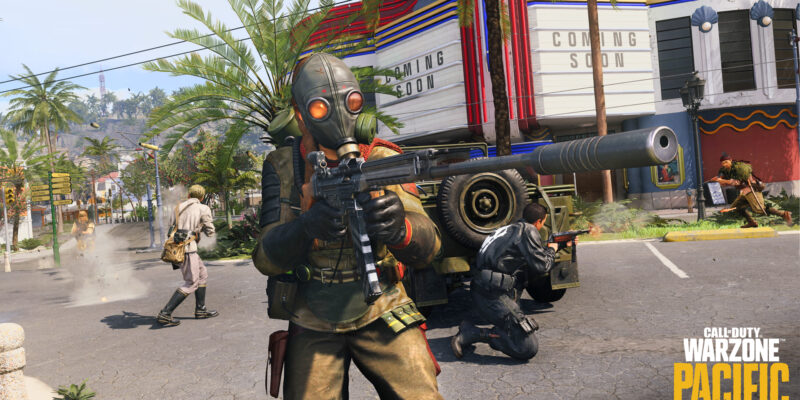 From the beginning of Call of Duty: Warzone’s life cycle, hacking has been a huge problem. Players have seen more traditional forms of cheating such as aimbots, to more shocking hacks such as flying cars. Despite the launch of Ricochet anti-cheat, it feels like hackers are taking over the battle royale once again. One of the most frustrating cheats has arrived in Caldera after causing chaos in Verdansk. It appears that the god mode hack may have come back to Warzone Pacific.

A player posted a clip on the Call of Duty: Warzone Reddit page of the alleged god mode hack in action. As you can see, the player is continuously spraying bullets at the enemy and is not receiving a single hit marker. They even switch to their MP40 and find that their submachine gun appeared to not be dealing any damage either. Ultimately, this makes the cheater impossible to kill, which almost guarantees them the Warzone victory. The player assumed straight away that the enemy was using god mode, and went on to comment that they left the game before they died to the cheater.

The comment section is filled with fellow Warzone Pacific fans seeing the funny side of the clip. Also, many players went on to share their own encounters with this issue. Unfortunately, it will be no laughing matter if the god mode cheat appears in every single match.

This is the first time god mode has appeared in Warzone Pacific’s Caldera map. If it’s back, all we can do is hope that the developers can stamp out the issue before it takes over the island. Season Two of Call of Duty: Vanguard and Warzone Pacific was delayed in order to fix the state of the game. Hopefully, Activision can take more action against hackers to make sure that Season Two rolls out as smoothly as possible.

What is going here? New exploit? New hack? from CODWarzone

How to build the best Warzone Pacific Machine Pistol class

The iconic Concorde will be swooping into Microsoft Flight Simulator soon