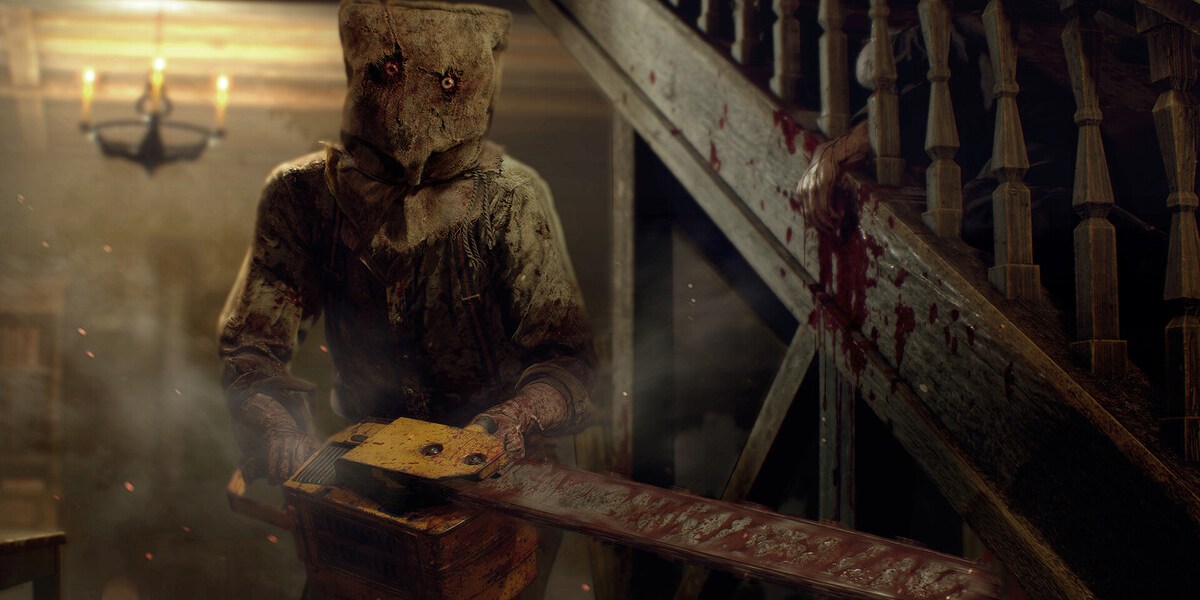 The horror genre has been slowly but surely making a huge comeback. Like a zombie crawling its way back to players, 2022 has seen the reveal of multiple high-profile remakes on the horizon. Silent Hill is set to make a return, as is Alone in the Dark and Dead Space. Meanwhile, new horror titles like The Quarry and Signalis are paving the way forward for the genre. Yet, Resident Evil still stands head and shoulders above them all as the premier horror franchise in video games.

Resident Evil has been a household name since the ’90s and, despite some stumbles, the series appears to be more popular now than ever. But what is the secret sauce that Capcom has mastered when it comes to making a horror series that gamers can’t seem to get enough of? Some key factors make Resident Evil special, and other horror franchises could benefit from implementing these.

The horror of Resident Evil

Lore is something that Resident Evil does best. It’s a series of shady conspiracies, characters who shift allegiances, and secrets that are uncovered throughout multiple games. Horror franchises often struggle to achieve what Resident Evil has done over the long run by creating an engrossing world full of characters who weave in and out of the spotlight.

Seeing Leon S. Kennedy’s progression from a rookie cop to a veteran zombie killer over the course of three separate entries is gratifying in a way that few other horror franchises could achieve. The cast of Resident Evil is well known and beloved. Jill Valentine goes from being almost caught in a Jill sandwich, to becoming the hardened survivor who went toe to toe with Nemesis. Meanwhile, Chris Redfield’s progression from the perfect soldier into a twisted means-justify-the-ends personality was shocking. 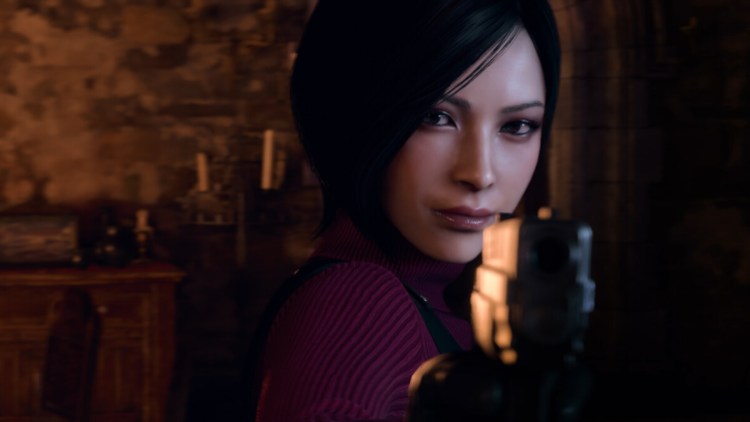 When it comes to lore and world-building in other horror franchises, things aren’t quite the same. Silent Hill entries are often too far removed from one another to establish a sense of familiarity with characters. Dead Space did well to flesh out Isaac Clarke, but it took things too far by the third entry. Meanwhile, narrative horror adventures, like those from Supermassive Games, are typically unconnected singular stories.

There’s definitely merit to not counting your chickens before they’ve hatched. Rather than focusing on the future of a franchise, it’s better to ensure that the first game is a success. Resident Evil had the perfect start in this regard, and it’s a little unfair to ask new horror franchises to meet the same bar. It takes a solid foundation and a lot of planning to create the kind of fascinating lore that Resident Evil fans have taken for granted over the years. And it’s something that keeps pulling Resident Evil fans back in with each new entry.

It sounds natural, but gameplay is paramount to the enjoyment of a horror game. There needs to be a carefully toed balance between making a game scary, but also not too frustrating that players will want to give up on it. Games like Deadly Premonition and Silent Hill 2 famously succeeded despite many well-known shortcomings with controls and design. However, Resident Evil has traditionally shone in the gameplay department. The tank controls of the original trilogy instilled dread due to the limited movement afforded to players. The action-heavy combat of Resident Evil 4, 5, and 6 made it a joy to mow down the infected. Then with Resident Evil 7 and Resident Evil Village, the series shifted to first person and combined the ideas of both limited mobility and tense gunplay. 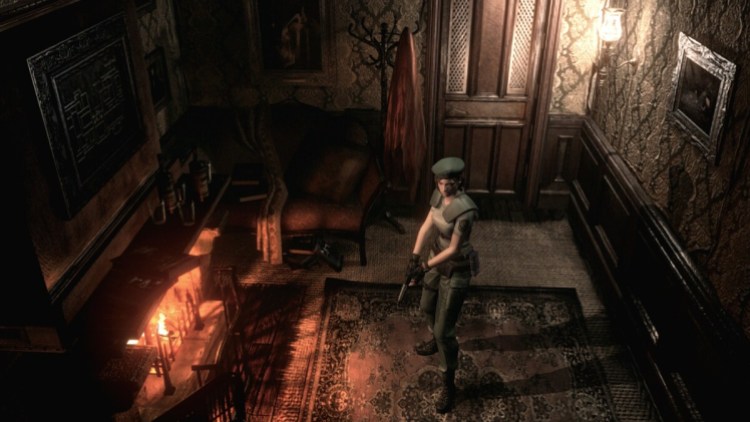 Dead Space cleverly innovated when it came to its crucial dismembering mechanics, and hopefully, the upcoming games like Routine will surprise us too. Yet, no matter which horror franchise you can point to, Resident Evil still towers above due to its sheer variety. Traditional tank control enthusiasts hold the first few games up on a pedestal, while the restrictive movement and precise gunplay of Resident Evil 4 is timeless, and the recent entries are the best of both approaches. Like one of its mutating viruses, the Resident Evil series has completely reinvented itself multiple times to stay relevant, and it’s exciting to think about how Capcom could reinvent the gameplay for future entries.

Monsters are an essential part of horror game design (think Pyramid Head and Nemesis), yet Resident Evil excels even more at its environments. Large levels with intricately designed layouts encourage exploration and reward curiosity. They’re often built using Metroidvania fundamentals, meaning that revisiting older areas with new items will unlock previously inaccessible paths and secrets. Learning to master the level design of a Resident Evil game is just as important as fighting its enemies, and just as satisfying too. Providing breaks of relief between intense scares is crucial, and Resident Evil is indirectly always doing this by teasing players with new weapons and items just out of their reach. 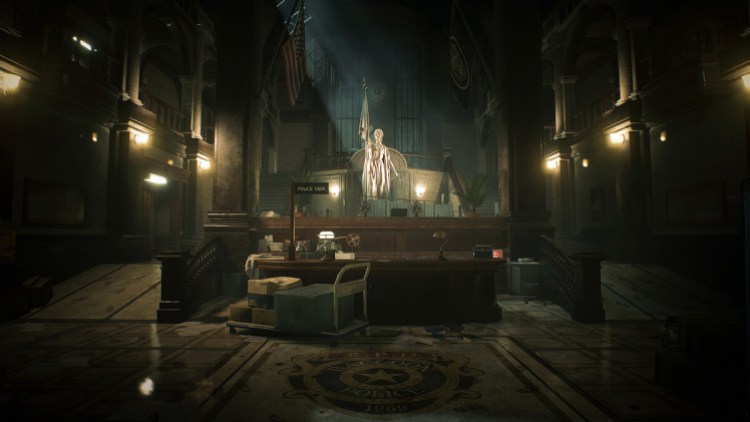 Puzzles and Metroidvania design elements aren’t unique to Resident Evil in the horror space. Games like Silent Hill 2 use them to excellent effect. What Resident Evil does differently is provide a carrot on the end of the stick many times over. Scared about a tough monster around the corner? There’s a new shotgun behind it too. Worried about backtracking to a tough spot? You might have a new item to unlock a shortcut this time. By constantly giving players reasons to push through their fears, Resident Evil doesn’t scare them off.

The detailed environments it needs to facilitate this also create a memorable sense of place. The USG Ishimura and Maine are fantastic locations for horror games. But Resident Evil has the Spencer Mansion, Raccoon City, the Raccoon City Police Department, and a rural Spanish village, just to name a few.

The gift that keeps on giving

Content is king in any game, but especially in a horror title like Resident Evil. Giving players tangible reasons to push through their fears and play more is important. It’s a lesson that Resident Evil has never really needed to learn. While an initial playthrough could be slow and tense, Resident Evil rewards perseverance. That may come in the form of new weapons, costumes, and items on new game+ runs.

Each playthrough of a Resident Evil game feels different. That’s not just because you know how to solve the puzzles and kill the monsters, but because you have new tools that change your approach. Players who hated protecting Ashley Graham in Resident Evil 4 were eventually rewarded with the hilarious knight armor. Sticking out Resident Evil 7 on its hardest mode nets you infinite ammo in addition to the Albert-01R Handgun rewarded from the first playthrough. Resident Evil understands that there is satisfaction in proving your mastery over a game, and it encourages it. 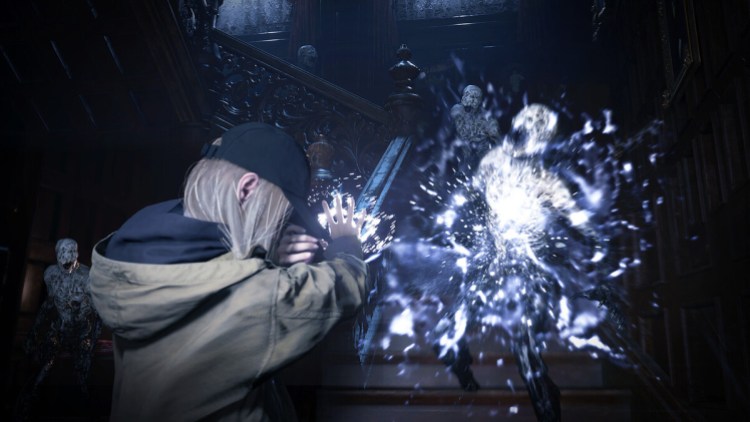 More than anything, Resident Evil‘s dedication to giving players more rewards for playing the games is indicative of how Capcom views the series. It wants players to have fun, first and foremost. Just because it’s a horror series, that doesn’t mean that players can’t enjoy some goofy or light-hearted rewards. Playing as Tofu in Resident Evil 2 or dressing Leon up in a mafia outfit will never not be funny. This is the series in which Chris Redfield punched a boulder on top of a raging volcano — and it was canon.

Video games and adaptations to films and TV series have been a mixed bag over the years. After dozens of poor adaptations, it feels like recently things are starting to look more promising. Resident Evil has put out more bad than good adaptations. Yet, it keeps trying to do so, which is likely bringing in new audiences to the franchise. Resident Evil is a household name, even for people who might not know a lot about video games. That only happened because Capcom was persistent enough to expand the franchise into other media. 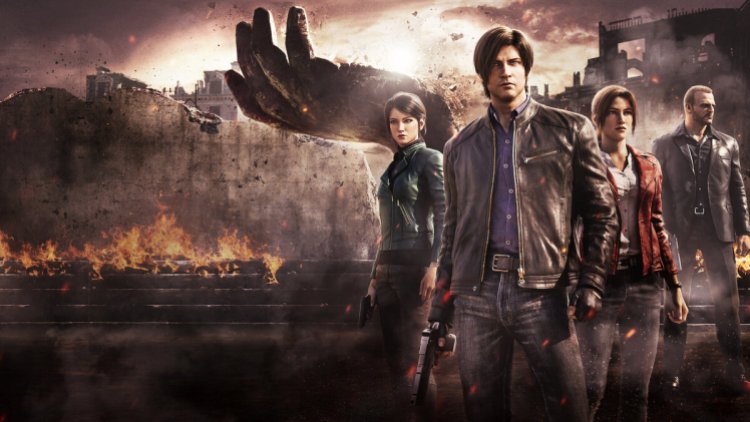 Adapting a horror franchise to another medium would be a little too much to ask of a new game like The Callisto Protocol. That said, any forms of external media are sure to make a horror franchise more well known. That might be through comic books, novels, and more. Resident Evil has remained as popular as ever, not only due to its quality games, but because it keeps trying to attract new audiences to the franchise.

Resident Evil hasn’t had a perfect run, but it has stood the test of time and remains on top of the horror genre. Its consistent evolution of gameplay, excellent level design, and fascinating lore are all reasons behind the continued popularity of Capcom’s legendary franchise.