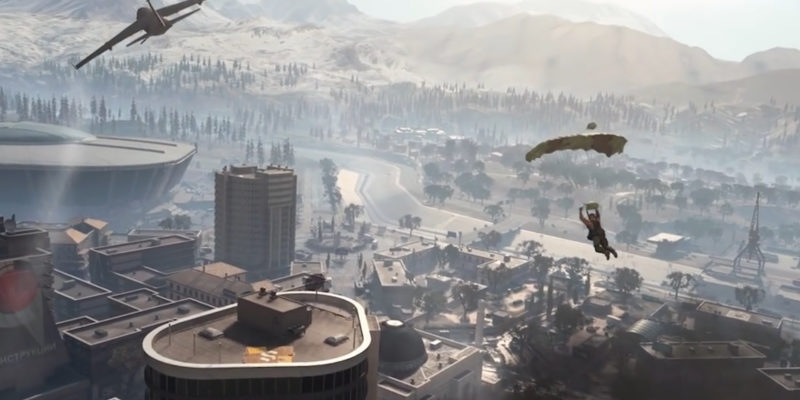 Verdansk has been featured in Call of Duty: Warzone since the battle royale launched one year ago. For a while now, Warzone fans have been asking for another major map, or at least for some big changes to be made to keep things fresh. The integration between Call of Duty: Black Ops Cold War and Warzone introduced Rebirth Island. However, it is far from being a main map like Verdansk has been. One of the most significant developments in Verdansk has been the storyline surrounding the bunkers. Most recently, zombies were introduced into Verdansk, found at the shipwreck. According to a prominent Call of Duty leaker, however, even bigger changes are coming. According to them, Verdansk will be removed from Warzone entirely.

A tweet was posted by Tom Henderson, a well known and popular leaker in the Call of Duty community. The tweet outlines that the current plan is to remove Verdansk from Warzone altogether, suggesting the map “will never return.” In addition, allegedly there will be no map voting system or a separate playlist for the map. The Warzone map is said to change as the narrative continues to progress. Tom Henderson ends the tweet by stating that more information will arrive at a later date.

Further leaks suggest the end of Verdansk is looming

Without confirmation from Activision, it is unknown what the future of Call of Duty: Warzone will look like. Many fans may be pleased to hear about the alleged removal of Verdansk. Perhaps, if the map does get removed, it could return in the future as a limited-time mode.

Another leak hints at how Verdansk will come to an end. Some leaked voice lines suggest that Verdansk may get overrun, and there are calls to exfiltrate from the map. It will be interesting to see what the fate of Verdansk will be once official details have been released.

When I heard this, I immediately thought that a time machine or portal could be added to the story to have us return to Verdansk in a year or two… But this is just my speculation. More on this at a later date.