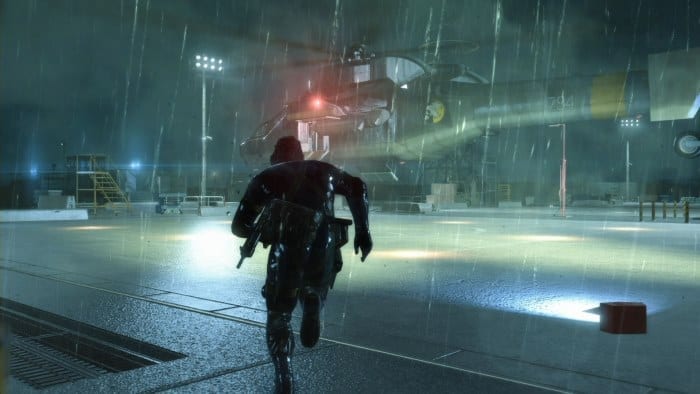 Not long ago, Metal Gear Solid publishers Konami organized a boot camp where the press got to find out more about Ground Zeroes and have a play. Some new details about the game have been revealed by the Spanish gaming magazine, Hobby Consolas who were present at the boot camp. Continue reading to find out more.

Health – Apparently Big Boss can only regenerate health from minor wounds. For more serious injuries, players will have to use a special healing spray to top up Big Boss’s health.

Length – It seems that Ground Zeroes may not be quite as short as the recent reports suggest. The writers claim that the average player will get around 8-10 hours out the main game. Supposedly the best player at Konami Productions spent over 100 hours discovering all the secrets.

Companion App – One of the features of the companion app, the iDroid is that players will be able to see where other players who were detected on the map. A nice spin on a similar mechanic used in Dark Souls which allowed you to see how other players died.

Graphics – Hobby Consolas were eager to point out that the Fox engine looks ‘simply spectacular’ and said that the facial animations and the way Big Boss reacted to bullet hits were the best in the industry.

Difficulty – The guards act far more realistically and have randomized patrol routes, better vision and will notice things like your footprints in the mud. They also use search lights in random patterns so you can never know for sure which area is safe. There are many small details that can give you away.

Metal Gear Solid V: Ground Zeroes will be a sort of taster of the main game, Metal Gear Solid V: The Phantom Pain and will feature the events that lead up to that game. It will be released this month on March 18th in North America and March 20th in Japan and Europe. The game will be available on the PS4, PS3, Xbox 360 and Xbox One.