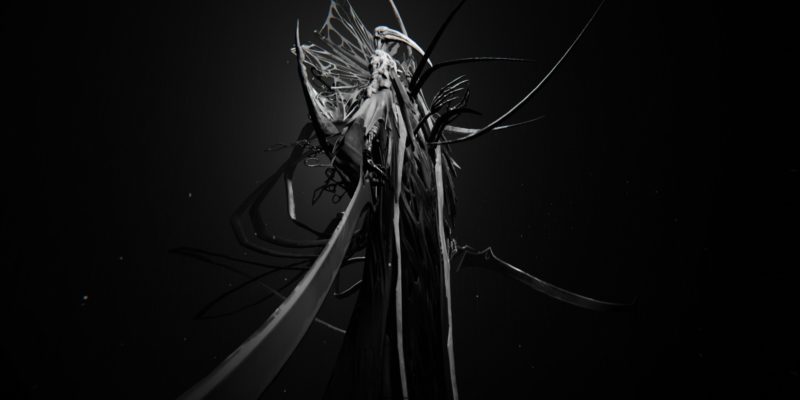 The Surgeon is the first boss in Othercide and it’s likely that he’ll send all your Daughters to the morgue. The battle is brutal and one that’ll lead to deaths (or even restarts) if you’re not prepared. Here’s our boss guide to help you out. 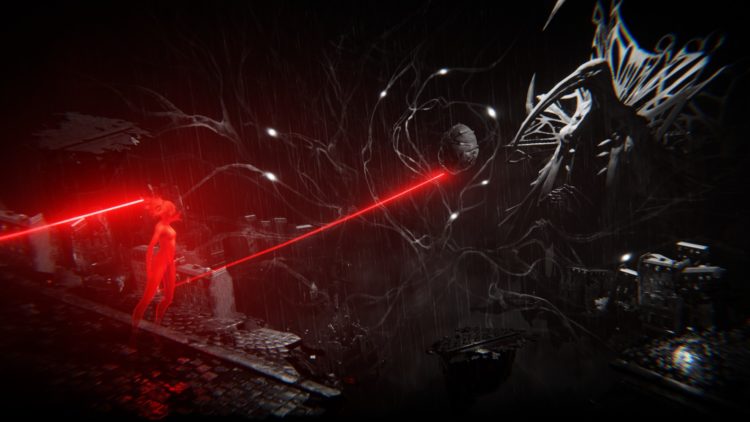 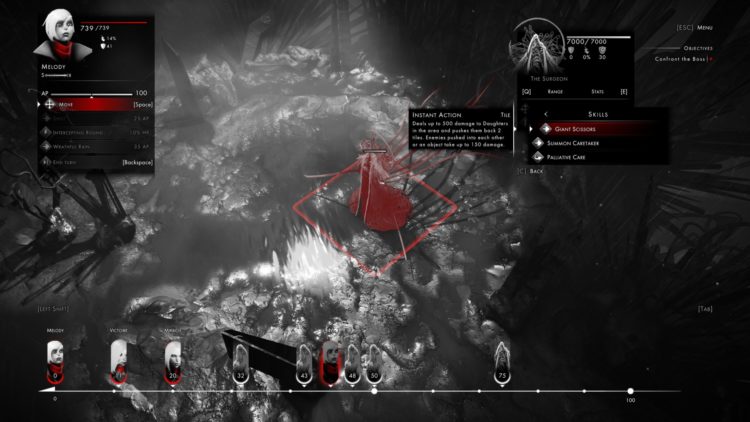 The Surgeon boss fight in Othercide will be extremely difficult if you’re unprepared. That’s likely since your Daughters are probably around level 4-5 only.

The Surgeon also starts with four Caretaker mobs that focus solely on buffing him unless a Daughter is nearby. Their buff gives the boss a ton of armor and extra initiative which means you likely won’t be able to damage the Surgeon until all Caretakers are eliminated. The boss also summons extra Caretakers whenever he takes his turn, so make sure they all die in between his turns (to force the second phase). 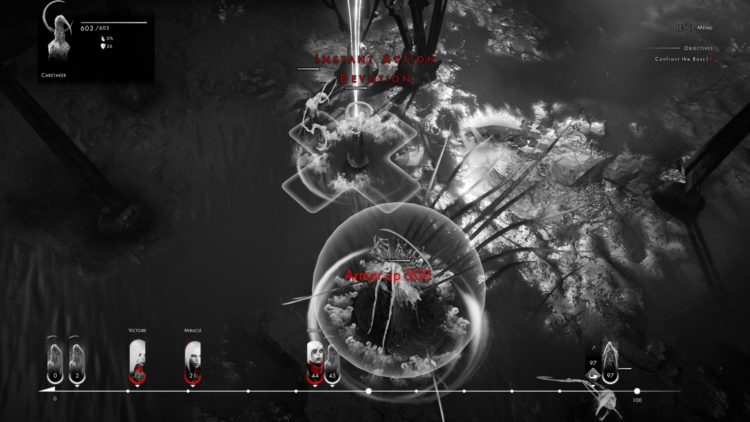 Once all Caretakers have been killed, the Surgeon switches to phase two and gets new abilities: 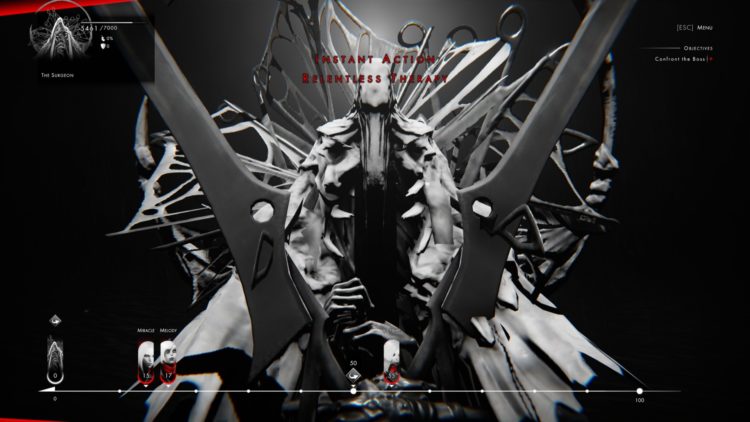 The Shieldbearer’s role is to tank the boss’ hits and, hopefully, get his attention throughout the fight. Use Slam to delay the boss’ turn. If possible, make sure the boss is kited away from Caretakers so your squadmates can handle the adds.

The other two Daughters — likely a Blademaster and a Soulsinger — will focus on eliminating the Caretakers. These mobs only have 588 health, so the Blademaster could use Lightning Strike followed by slash attacks to kill them quickly. Meanwhile, the Soulsinger can DPS with regular shots. 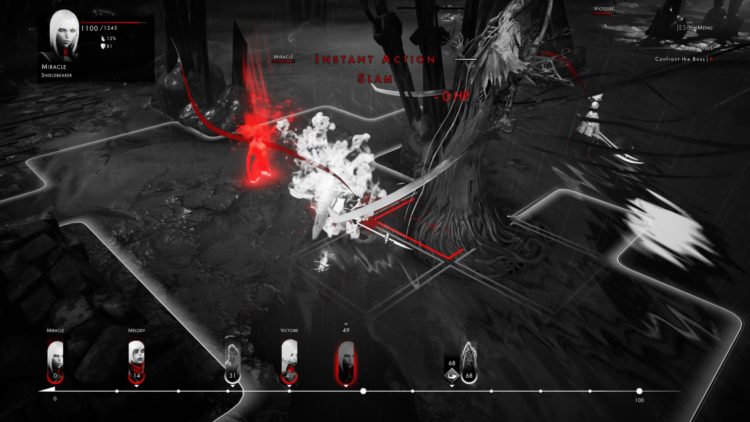 The boss will have been damaged a bit by your Shieldbearer once you enter phase two. Keep using her Slam as well as Blacksmith’s Grace to increase her defenses. Next, try to pop the Soulsinger’s Intercepting Round when you can. This ensures that the boss won’t land some vicious hits.

As for your Blademaster, she can go in for a quick Lightning Strike when possible. Just be sure that the Shieldbearer has the boss’ aggro. Oh, and get them outta dodge when the boss is charging Group Therapy. 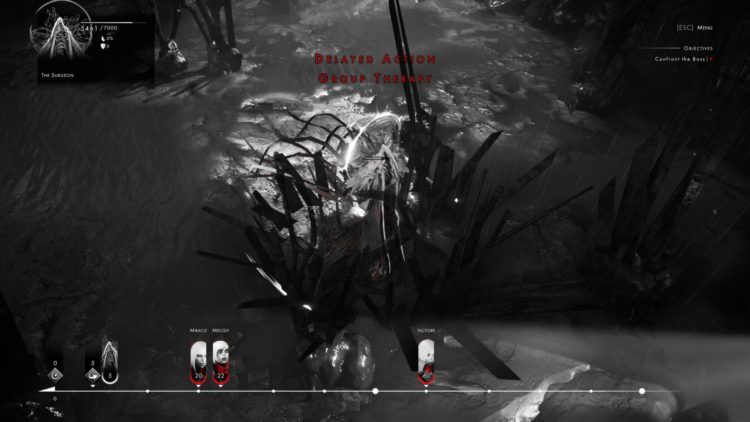 Note: If you’re on a later playthrough and you have a maxed-out Scythedancer, you could spam The Harvest skill. That kills all Caretakers and you’ll reach phase two immediately. 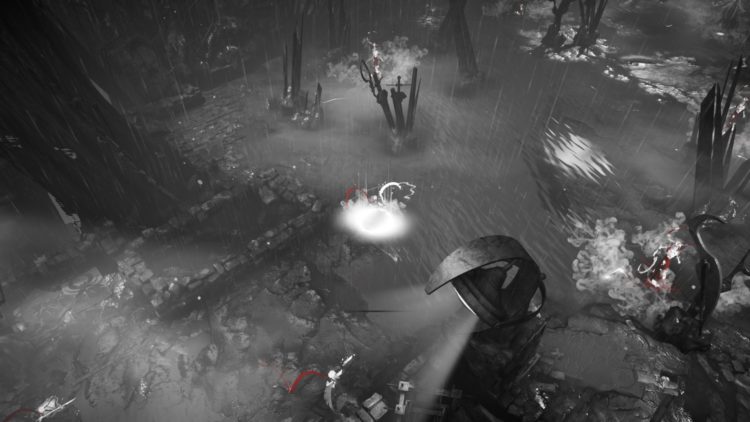 When you’re done, you’ll get a couple of Remembrances — one to ensure your Daughters start at level 4, and the other allows you to skip one era/chapter. 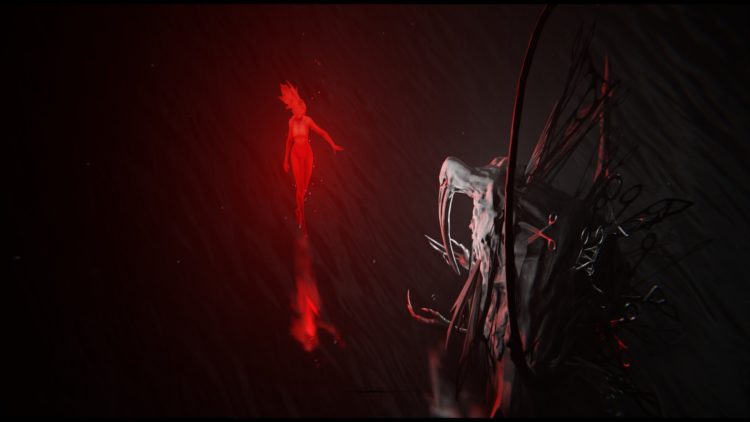