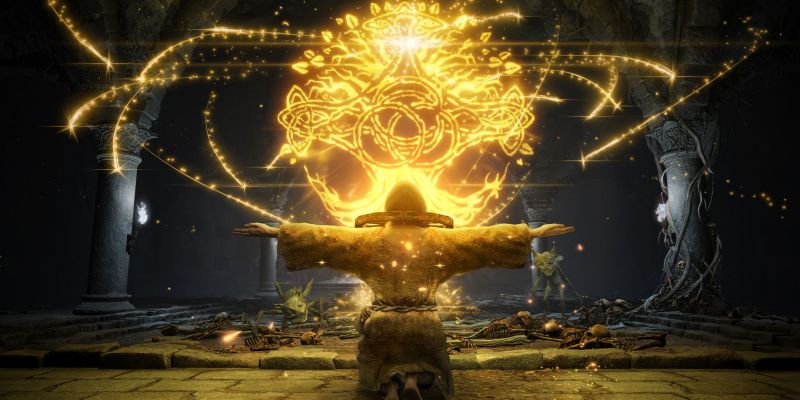 Often, these articles have felt like they’re filled with games that either have been delayed, or will get delayed. I’ve written multiple features on games I’m looking forward to in the subsequent year. And every time there’s at least one game that makes a fool of me. Last year, I mentioned how much I was looking forward to Halo Infinite. However, its (necessary) delay caused it to be on my list twice. Thankfully, I won’t have to talk smack about 343 Industries this year. Here are my picks for PC Invasion’s Most Anticipated Games of 2022.

I was raised on martial arts movies. Growing up, I would often go with my parents to nearby video rental stores (yes, I’m old) to pick out a Jackie Chan or Jet Li film I had yet to watch five times. Supercop, Black Mask, Rumble in the Bronx, all these are on nearly constant loop during my youth. My love of the implausible stunts and fast fists is likely what drew my attention to Sloclap’s upcoming Sifu. While I’m not the biggest fan of rogue-lites or roguelikes, there’s something undeniably attractive about a game that will let me live out my childhood love of films where the protagonist kicks 30 chairs at people.

Sifu will be one of way too many games releasing in February 2022. There is such a robust collection coming that month, Sifu isn’t even at the top of my list — despite how excited I am for its release. Regardless, I can’t wait for this beat ’em up to come out. I’m going to be flinging punches, kicks, and futons at every person who looks at me funny. It’s looking great and, judging by our recent preview, it will be worth the wait.

I feel a deep need to add Starfield to my most anticipated PC games of 2022 list, and not just because I can’t bring myself to play Skyrim for the 20th time. I’m more than happy to say that The Elder Scrolls V: Skyrim is one of my top favorite games ever. But damn, I need something else from you, Bethesda. Fallout 4 didn’t cut it, and the beta for Fallout 76 was more than enough for me, thankyouverymuch. I need a good Bethesda RPG back in my life, and I’m hoping that Starfield is it. It’s an ambitious venture for the company. The game is the far opposite of what Todd Howard’s team has covered for the last 15 years: space exploration, and possibly even alien civilizations. Though the latter hasn’t been confirmed.

In fact, a frequent thought I have on the game is how little about it we currently know. Bethesda has released concept art and detailed some of the game’s locations and its factions, but so much of it remains a mystery. I’m sure we’ll see more in the coming months, especially during E3 2022. I don’t want to spoil too much of it for myself, though. Bethesda’s best RPGs have always been the most enjoyable through discovery, after all.

I have, like, zero issues including a retro-style TMNT brawler as one of my most anticipated PC games of 2022. In my halcyon days I spent many countless hours either dodging killer seaweed or killer Mousers. The Turtle Boys were my bread and jam. I watched the cartoon, the movies, and owned enough action figures to fill a plastic case that was literally designed for kids who had way too many action figures. For years, I dressed as Leonardo for Halloween. And I loved TMNT: Turtles in Time.

So, honestly, why wouldn’t I include Teenage Mutant Ninja Turtles: Shredder’s Revenge? Not only does it keep the spirit of Turtles in Time alive, it’s coming at us from Dotemu. The little French studio found its way at the top of my list of favorite developers thanks to its staunch dedication to breathing new life into the retro games. Its recent work on the excellent Streets of Rage 4 (along with co-devs Lizardcube and Guard Crush) was enough to keep me anticipating whatever project it was on next. With Shredder’s Revenge, we’ll see the boys in green partnering up with April O’Neil in a fresh beat ’em up inspired by its progenitors. I can’t wait.

Damn it, I knew it was impossible to escape. As per tradition, I’m including a game I was looking forward to playing this year, but got pushed out for myriad reasons. Gotham Knights is still a game I think about every so often. My love of pretty much all things Batman will never allow me to forget the game. So, here we go again. Gotham Knights, though a Batman game, doesn’t star the Dark Knight himself. Ol’ Bruce went and found himself dead (yeah, okay), leaving the Batkids in charge of Gotham. Everything will be all right.

And I’m sure it will be, since you won’t be cleaning up the streets by yourself. If Gotham Knights was a solo experience, I probably wouldn’t be nearly excited for its release. However, there just aren’t enough good co-op campaign games out there these days. Sure, we have a lot of survival and crafting games for multiple people. But I need more co-op story modes in my life. I’m hoping that Knights fits the bill, letting me bonk! and biff! Gotham’s worst foes with my best buds.

Well, this was a given. Hell, I even called it last year. After waiting to play FromSoftware’s latest Souls-like last year and bemoaning its delay, I’m antsy to finally have Elden Ring in my life. We would have been playing it already, but 2021 just wasn’t the year for it. Instead, the game is fighting for elbow room in the daunting February 2022 release window. It’s going to be the biggest game of that month, and quite possibly one of 2022’s first GOTY contenders.

Indeed, the wait for the grand epic by Hidetaka Miyazaki and George R. R. Martin is nearly over. There has been a lot of information offered, and previews written. Now, we only have a couple more months before we’re angrily screaming at the walls again — with joy, of course. But also with rage. It’ll probably be mostly rage.

I’m not quite brave enough to put a new Sonic the Hedgehog entry in my official “top anticipated games of 2022.” But can you blame me? Ever since our blue boy entered the third dimension, Sega’s quick-footed mascot franchise has hit more than its share of speed bumps. Sure, we have seen some true gems among the coal. Both Sonic Colors and Sonic Generations offered hope that Sega was closing in on the formula that makes 3D Sonic work. Sonic Mania, while not a Sonic Team game, reminded us of the times when the dude with the ‘tude was hitting his stride. Sadly, those games were bookended by such joys as Sonic Forces and Sonic Unleashed. There could be some argument made that his post-Adventure games had some redeeming qualities. But one only need look only to Sonic the Hedgehog (2006) to render them moot.

Still, Sega and co. charge on, and Sonic Frontiers is on the horizon. As an old, old fan, I have to admit that even after feeling burned by lackluster Sonic games, I still want to hear more about Frontiers. You’d think I’d know better by now. If it was just ‘another Sonic game,’ it probably wouldn’t even end up in my mentions for anticipated games of 2022. However, Frontiers is going open world. It’s the first time in many a year where Sonic Team is showing the ambition to try something new. And I’m curious to see how it will pan out.

The move to open world invites both intrigue and skepticism. On one hand, I’m happy to see Sonic Team stepping outside the box. But on the other, this is the first time we’ve had an open-world Sonic game, and the developer might find itself too far out of its own element. I’m eagerly anticipating seeing some gameplay, as it should cement whether or not Sonic Frontiers can redefine the term ‘fast travel.’

That just about covers my most anticipated PC games of 2022. I’m hoping that we won’t see more delays on the games above, but you never really know in the end. However, I’m confident this time around. Happy holidays!

Elden Ring: How to dual-wield and use power stance