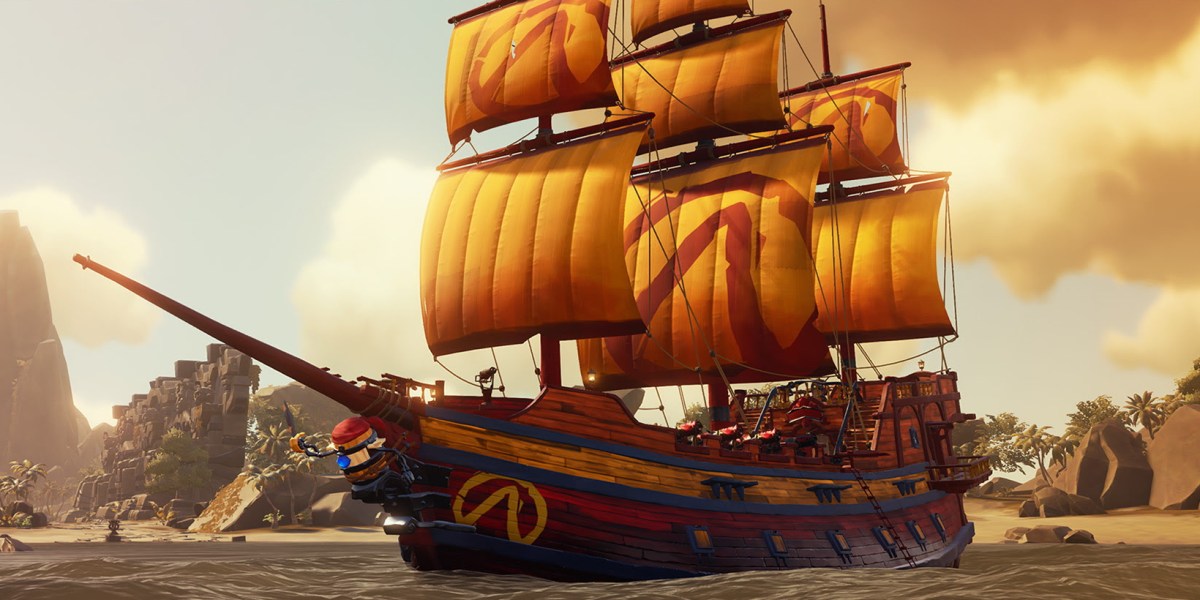 Shiver me timbers, it’s a Borderlands boat. Of all the crossovers we’ve had in Sea of Thieves, I wasn’t expecting a Borderlands-inspired ship to pull into the docks. Rare has included ship skins based on games like Battletoads and Killer Instinct, but those were also Rare games. Regardless, we’re getting a yellow and red ship skin based on Gearbox’s most famous shooter-looter series. You can hunt down the Borderlands-themed ship set in Sea of Thieves in a new event starting today.

As you can see from the reveal trailer, the Mayhem Ship set is splashed in Borderlands garb. The ship sports a yellow, orange, and red hull, complete with dark blue highlights. Its sails and hull include the famous Vault logo. And, yes, it comes with a figurehead in the shape of Claptrap. It’s actually a wooden barrel with spindly metal arms (one holding a sword), capped off with a red bandanna on its head.

You can claim the Borderlands-themed ship in the Making Mayhem Event running now in Sea of Thieves. In the event, you need to earn Favor with the Bilge Rats, who ask you to complete small and odd tasks. Examples provided include killing sharks with a gunpowder barrel or using a firebomb against skeletons. There are also Major Mayhem Challenges that offer better rewards, but are tougher, like “looting all the gold piles in a Treasure Vault or tearing through a Tall Tale.” With enough Favor, this ship will be yours. 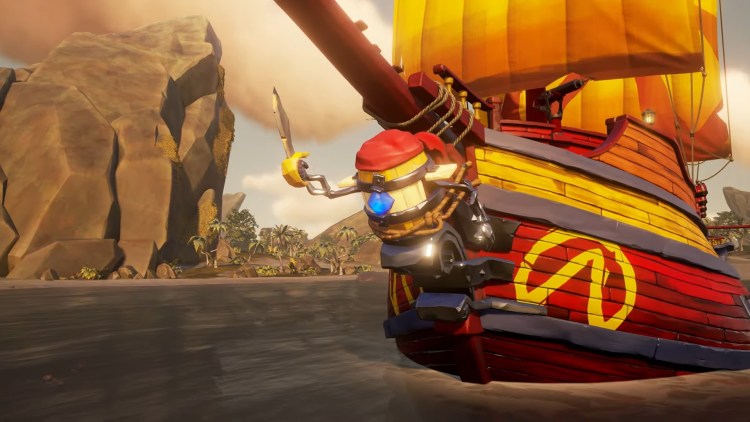 Gold in the vault

The Making Mayhem Event starts today, as mentioned. It will run until September 7 at 5 AM ET. That’s two whole weeks to earn enough Favor to claim the ship parts, which include the hull livery, figurehead, sails, capstan, wheel, and cannons. It’s unknown if the set includes cannon smoke color, but you can probably make due with the red that’s already in the game.

New trailer for The Gunk shown at Xbox gamescom stream