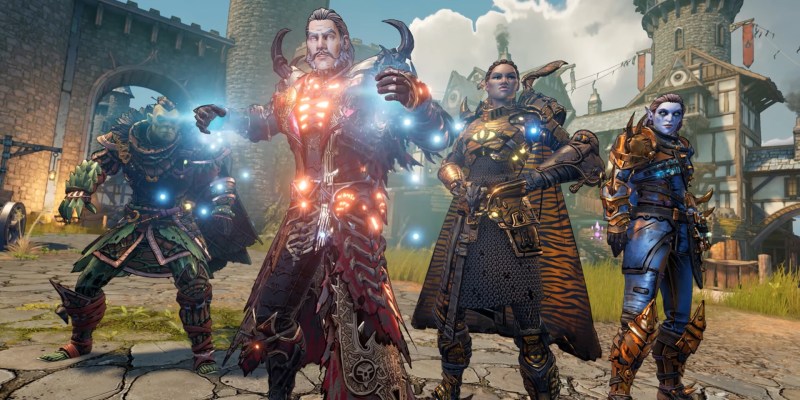 A new release date trailer for Tiny Tina’s Wonderlands was shown during the PlayStation Showcase, and it’s looking like a strong contender for the most entertaining trailer of all time. Tiny Tina’s excitement is infectious and her enthusiasm for murdering monsters has me ready to roll my character sheet. Along with being packed full of rambunctious gameplay, the new trailer also revealed that Tiny Tina’s Wonderlands will release on March 25, 2022, as expected.

If you thought the Borderlands franchise was out there, just wait till you see what Tiny Tina has cooked up. With her as your resident Dungeon Master, you’ll form a party of heroes and attempt to defeat the mighty Dragon Lord and his minions. I’m pretty sure I caught a glimpse of Skeletor in there too. Honestly, I wouldn’t be surprised if he turned up.

Tiny Tina’s Wonderlands takes the looting, shooting, and ability booting from Borderlands and gives it a magical fantasy twist. The abilities look bigger, the weapons look like they’re even more varied (particularly in the melee department), and the story will almost certainly take you on a bonkers adventure. Guns are still the main focus. And if that doesn’t make sense to you, then here’s an elegant explanation from Tina Tina herself, “Shut up your face and get shooting.”

In Tiny Tina’s Wonderlands, you’ll get to create your own multiclass hero — much like a traditional role-playing game. Unfortunately, there are no details about the classes just yet. In the PlayStation Showcase trailer, we see four characters posing at one point. So, there are possibly four classes to choose from. One is clearly a mage of some kind. And the elven character is probably an archer — you see someone wielding a spectral bow later in the trailer. However, the gameplay revealed also shows off other character models. Maybe you will be able to customize your look and pick your your class.

Tiny Tina’s Wonderlands will be available for PC through Steam. As the trailer revealed, you just need to wait until March 25, 2022.

Uncharted: Legacy of Thieves Collection comes to PC in 2022