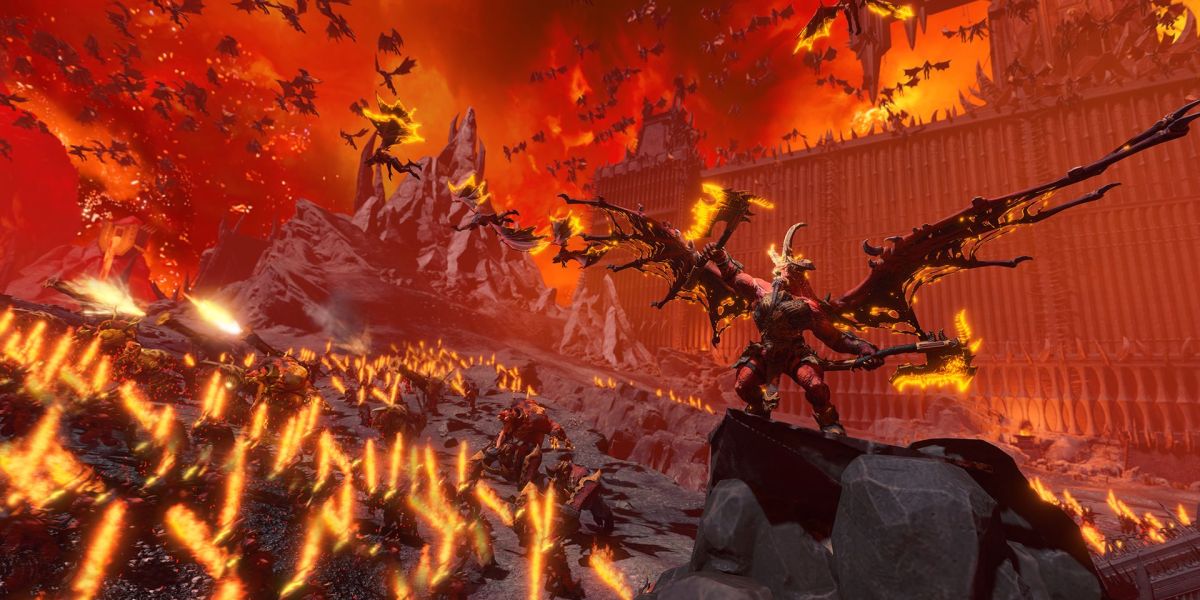 We just saw Kislev’s roster a couple of days ago. Now, players can check out what the faction’s main rival in the trailers has in store. Yes, the full unit roster for Khorne’s faction in Total War: Warhammer III has just been revealed by Creative Assembly.

For starters, we already knew that the legendary lord is none other than Skarbrand, the Exiled One. The champion Bloodthirster is armed with twin axes, Slaughter and Carnage, and he has a couple of unique abilities and skills. First, “Wrathful Reaper” has Skarbrand completely focused on killing, maiming, and burning, making his viciousness nigh unstoppable once he enters the fray. The second is “Rage Embodied,” which causes units to join the battle with sheer abandon due to bloodlust, disregarding all hope of surviving another day.

Those who choose Khorne’s faction in Total War: Warhammer III can field two generic lords. The Exalted Bloodthirsters are second only to Skarbrand in power, and they can fly across the battlefield. Meanwhile, the Heralds of Khorne (seen below) are empowered Bloodletters that can ride Juggernaut or Blood Throne mounts.

For heroes, you’ve got the Cultist of Khorne, a wandering fighter who challenges his rivals. Likewise, there’s the Bloodreaper, another higher-tier version of the Bloodletter. 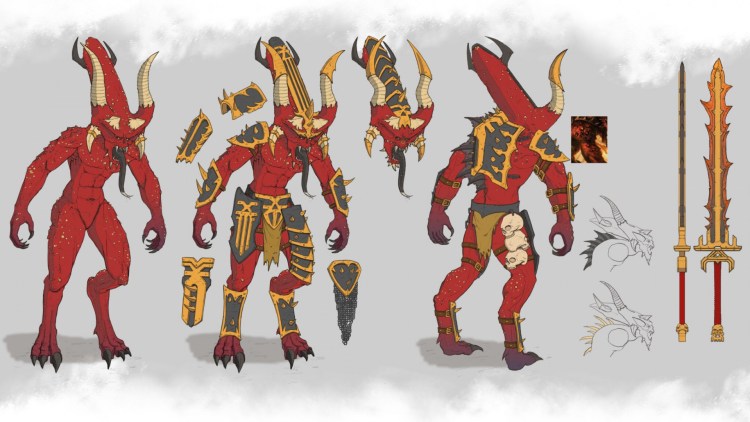 When it comes to units, you can forget about ranged, hybrid, or magic units. Khorne’s forces detest the use of spells or trying to steer clear of the fighting. Favoring hand-to-hand combat, you’ll see infantry troops such as Chaos Warriors of Khorne and Bloodletters/Exalted Bloodletters.

As for cavalry and chariots, you can field the Gorebeast Chariot, Bloodcrushers, and Skullcrushers (human units who ride Juggernauts). 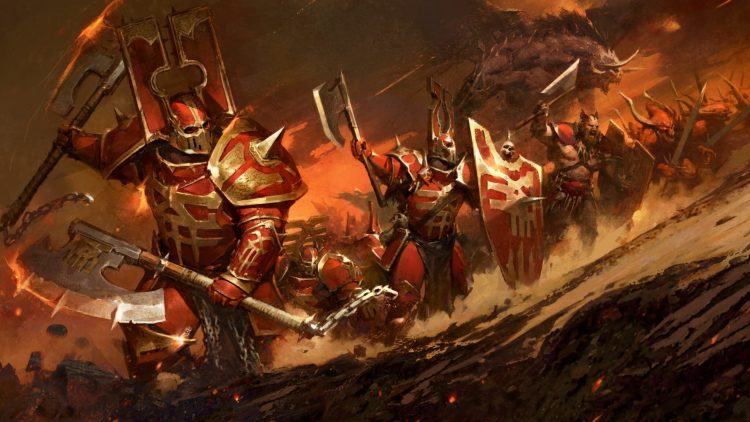 Next up are the monster and beast-type units, and there are quite a number of them. You’ll see the Chaos Warhounds (mutated wild dogs), Chaos Furies (weak daemons that can fly and have vanguard deployment), Flesh Hounds (even bigger daemonic mutts), the Spawn of Khorne (think Chaos Spawn with a Khornate theme), and the Minotaurs of Khorne (looks like the Blood God beefed them up, pun intended).

A few more units round out Khorne’s roster in Total War: Warhammer III. There’s the regular Bloodthirster which can be recruited as a unit. Next, there’s the Soul Grinder of Khorne (seen below), a daemon that has been bound to a metallic husk via the Forge of Souls. The Soul Grinder is a Warhammer 40K tabletop unit that also appeared in Warhammer Fantasy Battles. It also looks like it came straight out of Doom. Lastly, artillery options allow you to bring out the Blood Shrine of Khorne (which heals whenever it’s in melee combat) and Skullcannon (which blasts enemies and harvests their souls to replenish ammo).

You can read more about Khorne’s roster in Creative Assembly’s official blog post. As for Total War: Warhammer III, you can check out its Steam store page.