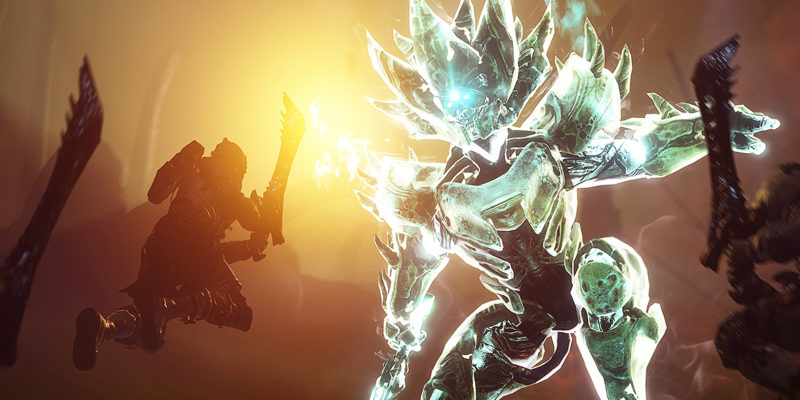 Next week, Destiny 2: Shadowkeep will enter a new chapter with the Season of Dawn. The continuation of the storyline will set the stage for Guardians. But, there are a few things that you might want to remember as the Season of the Undying draws to a close.

Note: For more information, check out our Destiny 2: Shadowkeep guides and features hub. 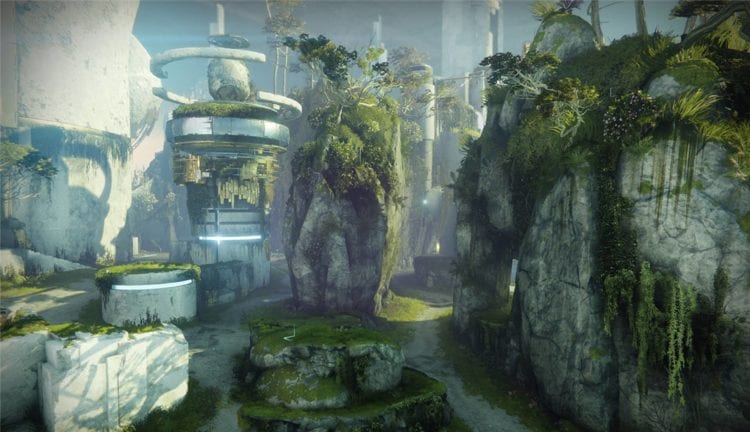 The Undying title is, singularly, the most important objective you’ll want to complete before the Season of Dawn starts. That’s because the title is only available for the season with its namesake, the Season of the Undying, as this is time-gated. When the next Destiny 2: Shadowkeep weekly reset happens, you won’t be able to complete the requirements anymore.

There are numerous objectives for you to complete the Undying seal and most of them can be done in the Vex Offensive activity. You’ll also need to kill the Undying Mind boss a few times, though it’s quite a pushover. You’ll also need to complete the ritual weapons (formerly known as pinnacle weapons) and several public events on the Moon while wearing the Dreambane armor set. 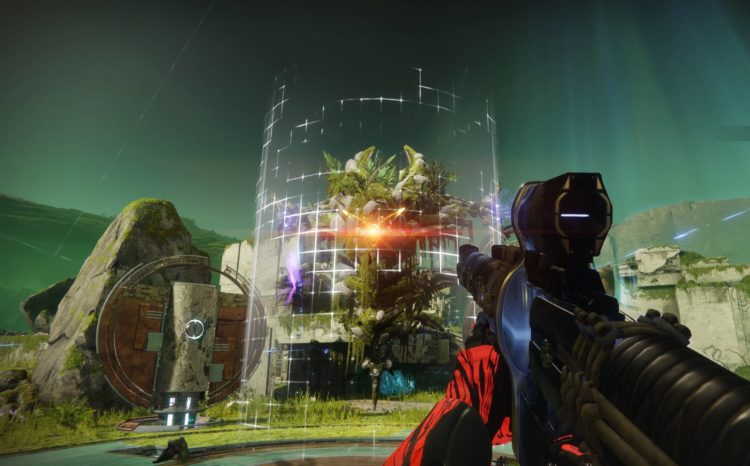 Destiny 2‘s Vanguard, Crucible, and Gambit activities not only have ritual weapons to grind for, but they’ll also have a few shaders and emblems to obtain. If you’ve been grinding throughout the Season of the Undying, then, chances are, you’ll have completed a few objectives. In some cases, though, you might forget some of them.

Take a look below and you’ll notice that I haven’t completed the “Season 8: First Watch” Vanguard quest. That’s because I ignored the previous quest’s objective (solar and melee kills in Vanguard strikes). Still, I’ll have ample time to finish the next part which requires arc and super kills. 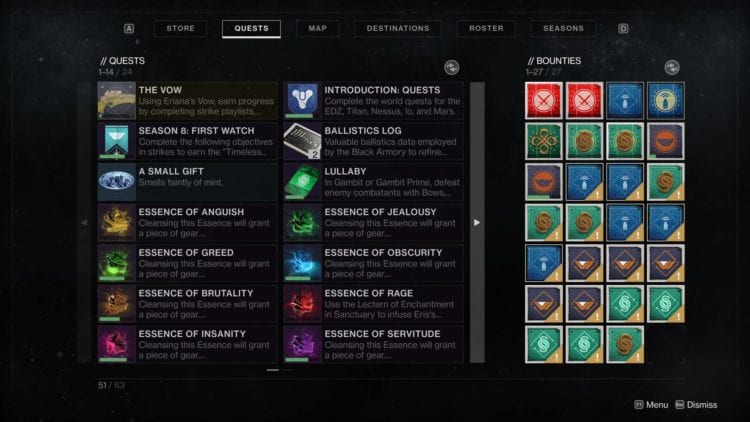 Eververse also has cosmetics that may no longer be available once Destiny 2‘s Season of the Undying ends. It’s currently up in the air whether some of these cosmetics — such as finishers, ornaments, and emotes — would be made available again towards the end of the Shadowkeep expansion or Year 3. 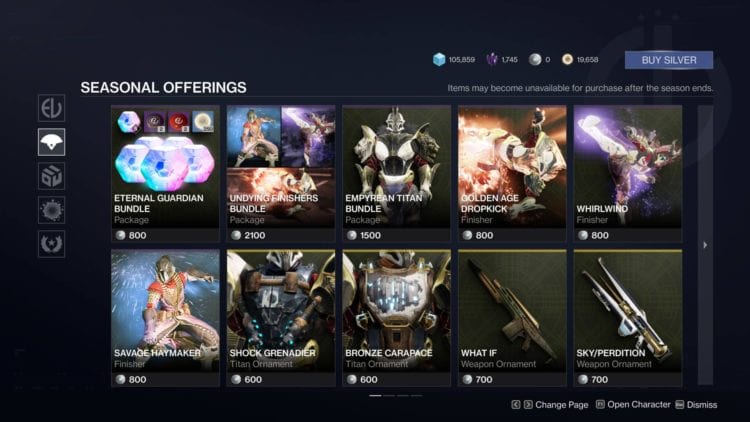 There’s also one feature in Destiny 2 which I had almost forgotten about and that’s the seasonal progress tab. Once I got past 950 base power level and climbed all the way to the 960 cap, I hardly looked at the season tab anymore.

There are loads of rewards that I could still claim from ornaments, weapons, armor pieces, bright dust, upgrade modules, and the like. The gear pieces are also obtainable at your current base power level. So, if you already have a character at 960, pick up those Temporal Clauses, Eriana’s Vows, and Pluperfects to get maxed out weapons. 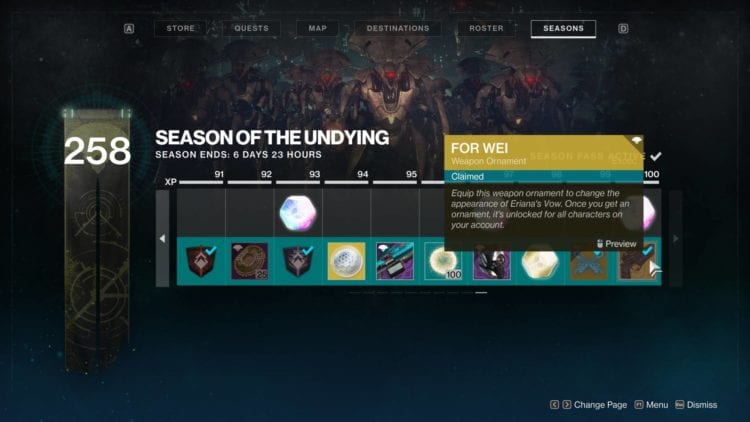 Other tidbits this week

The final week of Destiny 2‘s Season of the Undying may also excite you if you’re trying to grab the Harbinger title. That’s because all eight Nightmare Hunts are available this week. If you’re eager to rush and do the time trials at master difficulty, now’s a good time to do just that. As for the Garden of Salvation raid, the raid challenge has switched back to Leftovers and will likely follow the previous order. If you haven’t completed the Leftovers raid challenge yet, go ahead and check out our mini-guide.

Lastly, don’t forget to have a few bounties ready to get turned in. If previous Destiny 2 expansions and seasons are an indication, you can get a bit of a headstart when leveling up if you’ve already got bounties and rewards lined up. 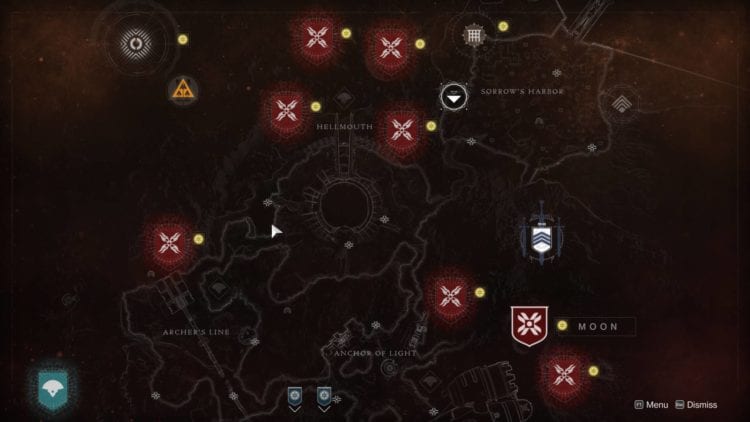 Destiny 2 is available on Steam. The full reveal for the upcoming Season of Dawn is set for tomorrow, December 4, at 10 a.m. Pacific. The next season goes live on December 10, also at 10 a.m. Pacific. For more information, head over to our Destiny 2: Shadowkeep guides and features hub.