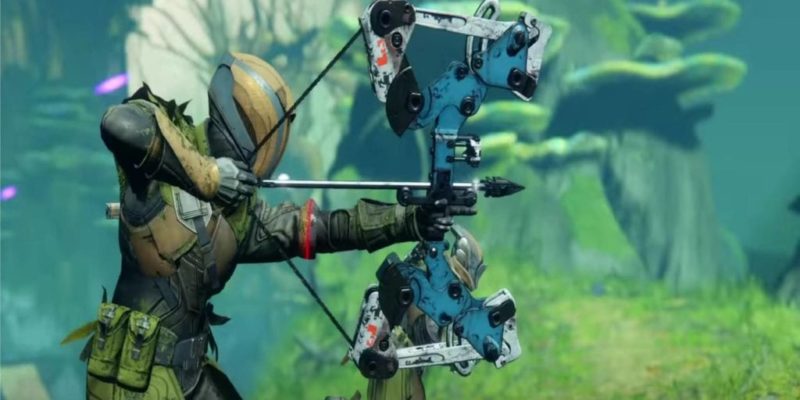 Let’s face it, bows in Destiny 2 aren’t exactly game-changers. There’s the Wish Ender exotic bow from the Shattered Throne dungeon. There’s the Le Monarque which was originally obtained in the Izanami Forge. Then, there’s also the Trinity Ghoul from random drops. With Destiny 2‘s Shadowkeep expansion, we’ll see something new: the Leviathan’s Breath. The key difference here is that it’s the first-ever exotic bow that’s equippable in the heavy weapon slot. This guide lets you know how to grab it via an exotic quest.

Note: For more information about Destiny 2: Shadowkeep, check out our guides and features hub. 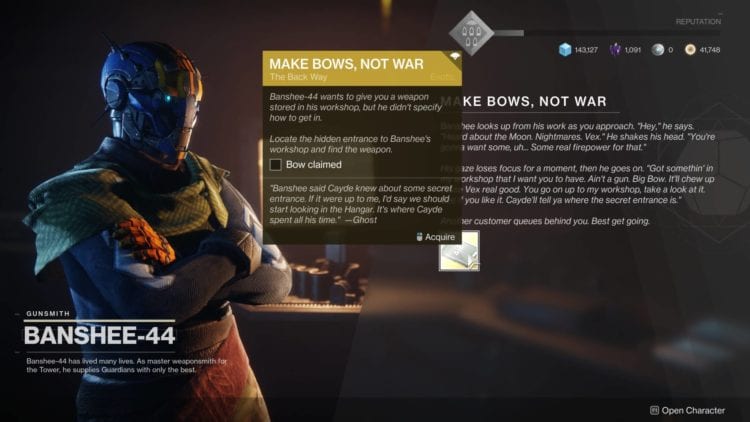 The quest for the Leviathan’s Breath exotic bow actually starts from Banshee’s workshop. Now, Destiny 2: Shadowkeep players were already able to glitch into this area as you can see in a sample video from YouTuber Jarv. Thing is, that was prior to the exotic quest going live this weekly reset. Glitching through the map is not the intended way of getting to the workshop, although some steps will be similar.

Anyway, here’s how to get inside Banshee’s workshop now that the Leviathan’s Breath exotic quest is live:

See, all you need to do is head to the Tower’s hangar and follow the walkway. You’ll be going through some vents until you reach Banshee’s secret workshop. It shouldn’t take you more than a couple of minutes.

Once you’ve done that, speak to Banshee and he’ll tell you that you need to gather combat data to generate a keycode. Ignore that mumbo jumbo because all you need to do is run Gambit Prime matches, Vanguard strikes, or Nightfall runs. If you need help with Gambit Prime, check out our mini-guide for the activity. As for the Nightfall: Ordeal, this week has Savathun’s Song, so you can go ahead and do a few runs.

Here’s what these activities will provide:

Note: I wasn’t able to test the Nightfall: Ordeal and the old version of the Nightfall (pre-Shadowkeep). I just did a few strikes and Gambit Prime matches since they’ll give weekly powerful drops anyway. Also, you don’t need to use a bow while doing these activities. 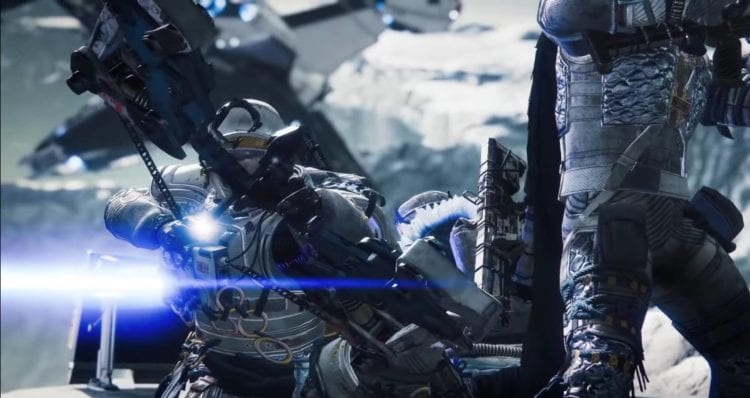 Although the previous part doesn’t necessarily require a bow, this next part will. You’ll need to get 75 precision kills with a bow versus Cabal or Vex enemies. Be careful if you aren’t doing this part solo because random blueberries might steal your kills. Here are the best areas to farm in:

When you’re done with this part, you’ll have to complete a reprised version of the Arms Dealer strike. You can start this from the EDZ. 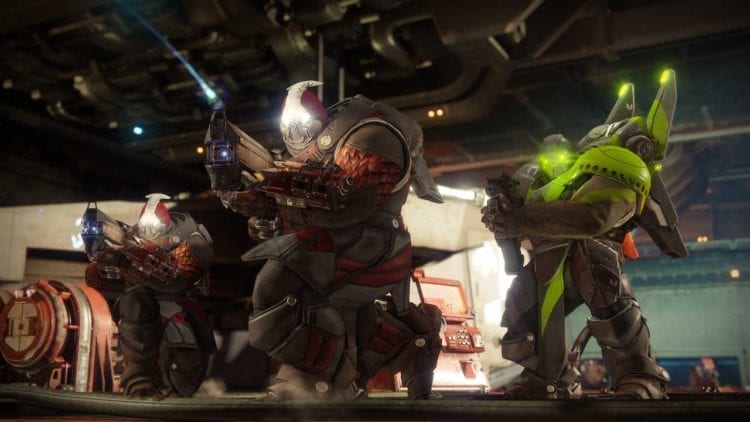 That shouldn’t be too hard, eh? Once Bracus Zahn is dead, head back to the Tower and speak to Banshee. He’ll tell you to go back to his workshop again and open the chest. You’ll find the Leviathan’s Breath exotic bow inside. Congrats!

Not only is the Leviathan’s Breath the first-ever exotic bow that’s equippable in the heavy slot, but it’s also got a couple of nifty perks:

The Big-Game Hunter perk is quite decent versus Unstoppable Champions which you’ll encounter in Nightfall strikes or Master Nightmare Hunts. Given that the anti-unstoppable mod from your artifact is only socketable on hand cannons, having the perk available on a heavy weapon does seem helpful.

The Leviathan’s Sigh perk, I must admit, doesn’t seem like a good fit due to the knockback. It might create some hilarious moments such as pushing mobs to their doom. After all, pushing enemies off the map is a staple of the Destiny franchise. I’ve also yet to test its effectivity in PvP. I’m quite clingy when it comes to the Truth rocket launcher already. 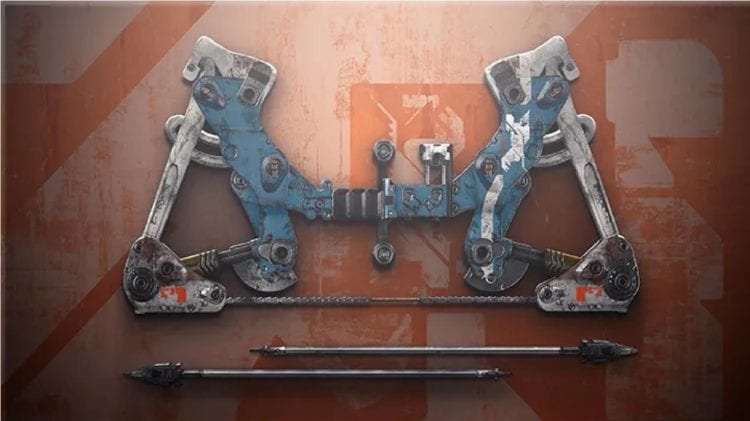 Update: Well, it seems the Leviathan’s Breath is quite decent for PvP. As you can see in the clip below from Gladd, it kills a Guardian in their super via a single body shot (as long as the weapon’s fully drawn). You also get four arrows per heavy ammo that you grab.

That does it for our Leviathan’s Breath exotic quest guide. This is the third exotic quest in Destiny 2: Shadowkeep after the Deathbringer rocket launcher and Divinity trace rifle. The fourth weapon, the Xenophage solar machine gun, will be made available next week. Who knows? There might be more that are yet to be discovered.

Destiny 2: Shadowkeep is available on Steam. Don’t forget to check out our guides and features hub for more details.

By Lauren Sayles59 mins ago
Guides