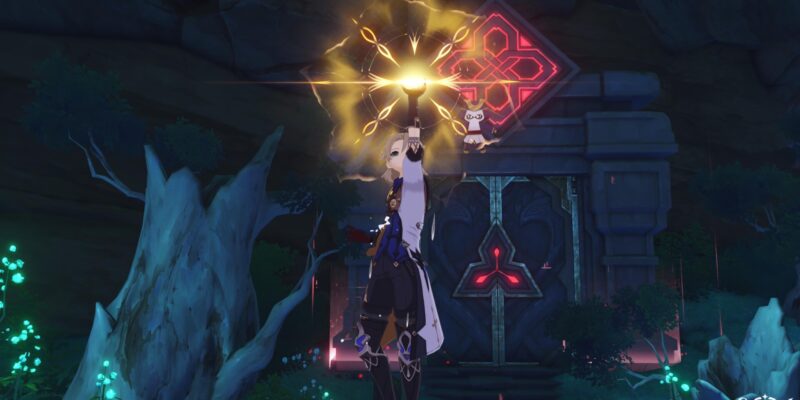 Two new artifacts can be acquired as part of Genshin Impact‘s version 2.3 update. These are actually found inside a new domain that just became available. Here’s our Genshin Impact guide to help you obtain the Husk of Opulent Dreams and Ocean-Hued Calm artifacts from the Slumbering Court domain.

The Slumbering Court domain in Genshin Impact can be found on Seirai Island. You’ll want to check out the area that’s just southwest of Fort Hiraumi. There should be a couple of fast travel points nearby, so use those and check the side of the island. Here, you should spot a ledge that leads to a pathway. At the end of the pathway, you’ll find a pond in front of the Slumbering Court domain. 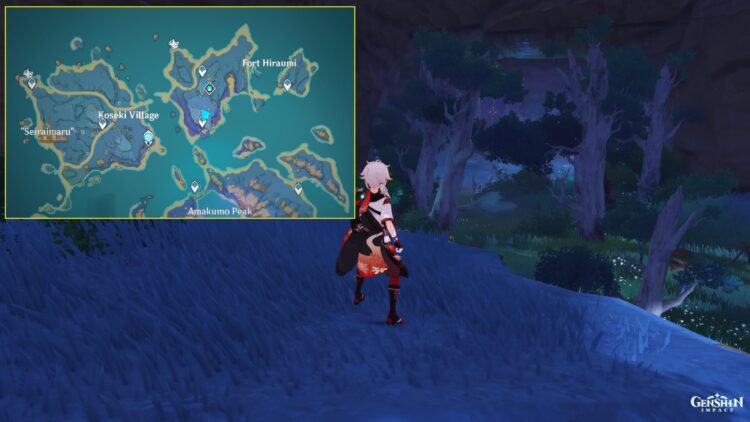 All characters in the party gain +40% Electro damage bonus. When you trigger an Electro-Charged reaction (i.e., Electro and Hydro), you’ll cause a shockwave that deals “true damage” to enemies. Basically, it’s like unmitigated damage. This shockwave can occur once every three seconds.

For the level 90 variant of the Slumbering Court domain, you’ll fight several Thundercraven Rifthound Whelps, one Crackling Axe Mitachurl, and one Thundercraven Rifthound. Because we want to maximize the procs from the Ley Line Disorder, we’ll need to have at least one Electro character and at least one Hydro character. My suggestions would be the Raiden Shogun, Fischl, or Beidou for Electro options. For the Hydro character, you can make do with healers like Kokomi or Barbara.

In my case, I had both Kokomi and the Raiden Shogun already. I popped their elemental skills one after the other to affect all hostiles with Electro-Charged. When possible, you might also want an Anemo character such as Kazuha or Venti for those Swirls. 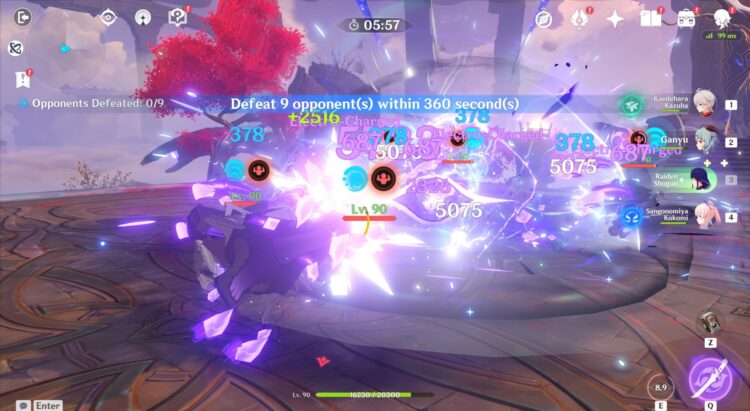 For your efforts, you’ll receive the Husk of Opulent Dreams and Ocean-Hued Calm artifacts in Genshin Impact. Here are their effects: 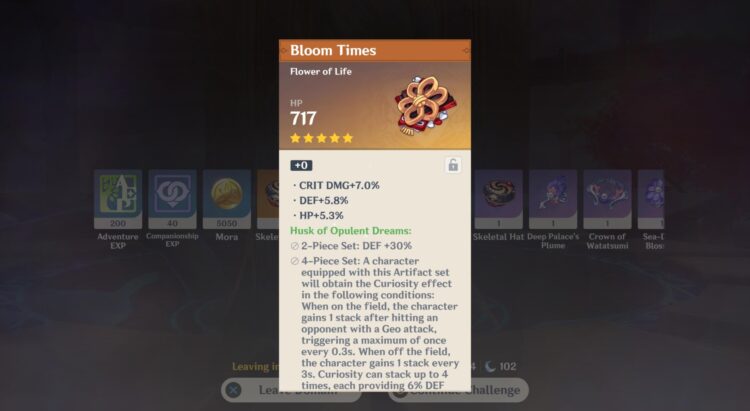 Genshin Impact: How to beat the Golden Wolflord