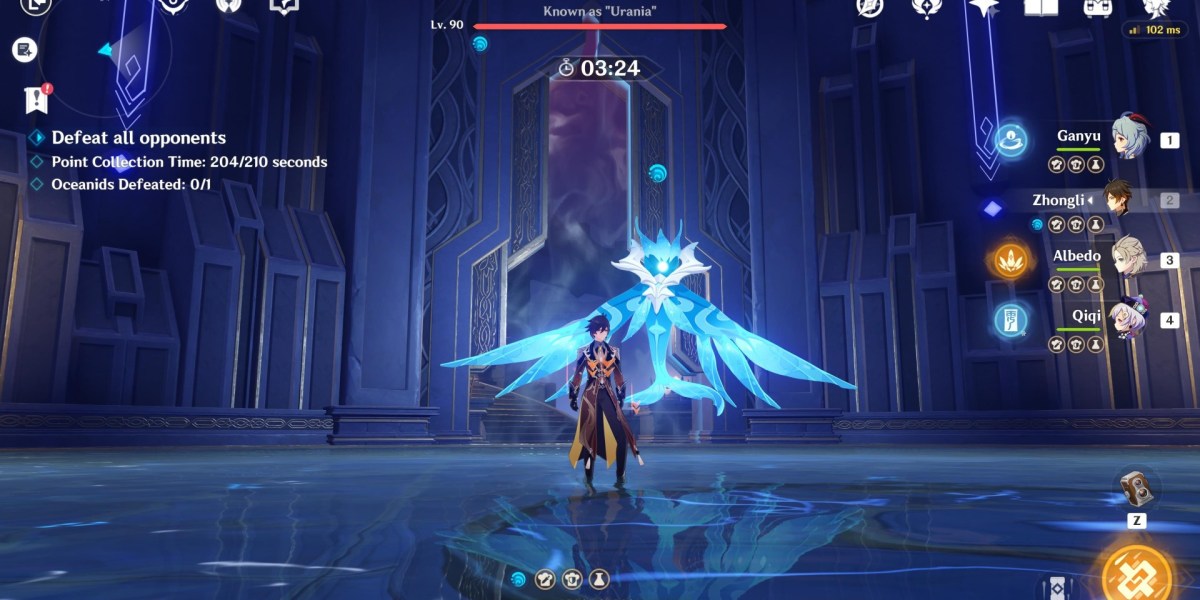 The fifth day of Genshin Impact‘s Legend of the Vagabond Sword event leads to yet another bout against the Oceanid. To be fair, you’ll notice a lot of similarities, but there are still a few caveats. Here’s our Genshin Impact guide to help you with Day 5 of the Legend of the Vagabond Sword event and the Oceanid Urania boss fight.

Similar to the previous encounter against Oceanid Urania (Day 2), the characters with a +20% damage bonus are Eula, Klee, Rosaria, and Hu Tao. As for the modifiers and flairs, there are some key differences: 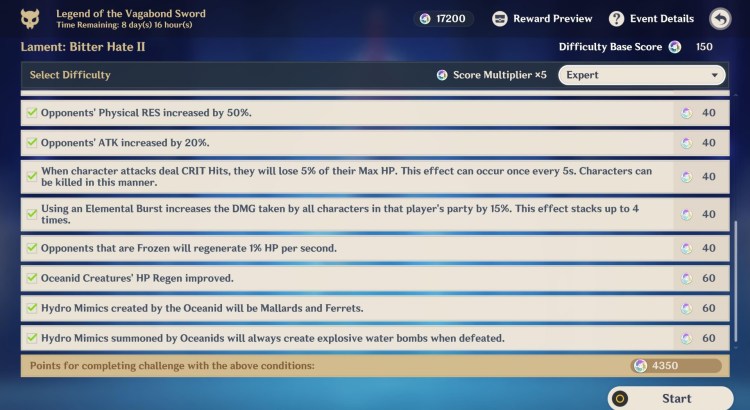 For this battle, I chose Ganyu, Zhongli, Albedo, and Qiqi. Likewise, I only went for 4,350 points. To be fair, this Oceanid Urania encounter is significantly easier compared to the previous one, though you do need to watch out for a few mechanics. First, those annoying Hydro Mimics will create bombs when they die. It’s imperative that you’re further away to avoid taking damage.

Oceanid Urania will usually summon four Hydro Mimic mobs that you need to kill. Then, she’ll do her ultimate which requires you to stand on the Fitful Rapids elevator. After this sequence, she’ll cast her Torrents and a couple of Hydro Mimic crabs will also spawn. 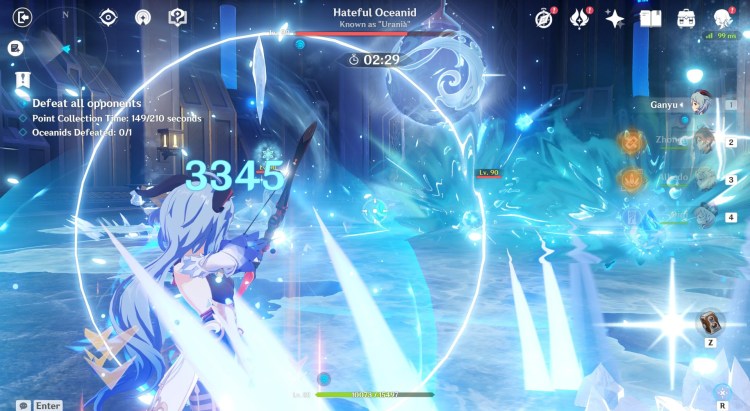 Since I was using Ganyu as my main DPS, I avoided the additional Hydro Mimic crabs that appeared. I just waited for the next ultimate cast so I could use the Fitful Rapids again. Because the Oceanid boss is stationary for several seconds, you can unleash several charged shots to bring her down.

Moreover, try to watch out for your active character’s HP. Critical hits will deplete their health slightly, so try to eat some food when necessary. Lastly, if you’ve followed my advice to just obtain around 4,250 points from each Legend of the Vagabond Sword challenge, then you should have accumulated enough to acquire the Celebration: Battlesong name card. 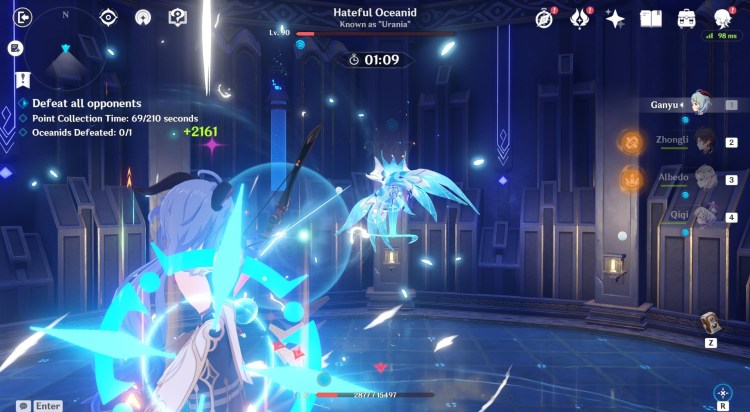 By Jack Salter7 mins ago
Guides