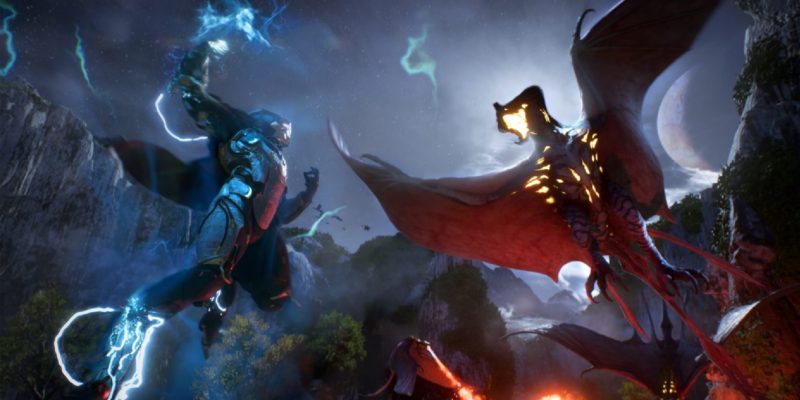 Each holiday season, we take a look at upcoming games that catch our fancy. At times, this might be due to all the hype. or it’s a franchise that we’ve grown fond of. Then again, it might simply be due to an interesting or quirky concept. These were my picks before we kicked off 2019, and I made it a point to follow through with reviews and coverage. In hindsight, some of them delivered as expected, while others also severely disappointed. From Man of Medan and Anthem to Total War: Three Kingdoms and Tom Clancy’s The Division 2, let’s take a look at how my 2019 picks fared. 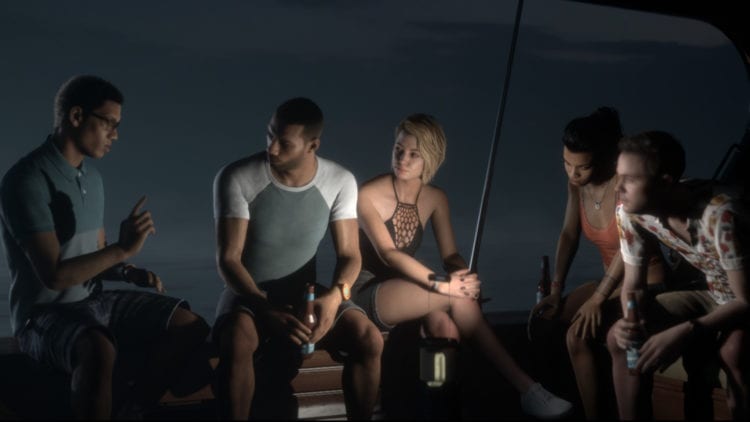 Man of Medan was already on my radar when it was announced. My wife and I love playing horror games (she loves the genre more than I do), and we happened to enjoy replaying Until Dawn to get the perfect “everyone survives” run. So, another “Choose Your Own Adventure-style” horror game from Supermassive, one which would kickstart their Dark Pictures Anthology, seemed like a no-brainer.

I expected a few flaws here and there, and Man of Medan did have these. But, the more I kept replaying chapters since I had to write guides, the more I found changes to the characters and narrative. Some were subtle such as a character’s reaction. Others, meanwhile, would lead to branching paths, decisions, and new cutscenes. There were also those that increased my appreciation for how the game’s plot reimagined the legend and myth behind the SS Ourang Medan. It led to a more enriching and rewarding experience since I had to discover things on my own. As mentioned in our review, Man of Medan is the perfect way to set the tone for the rest of the anthology.

Hindsight 2020: Man of Medan exceeded all expectations. You can find it on Steam. 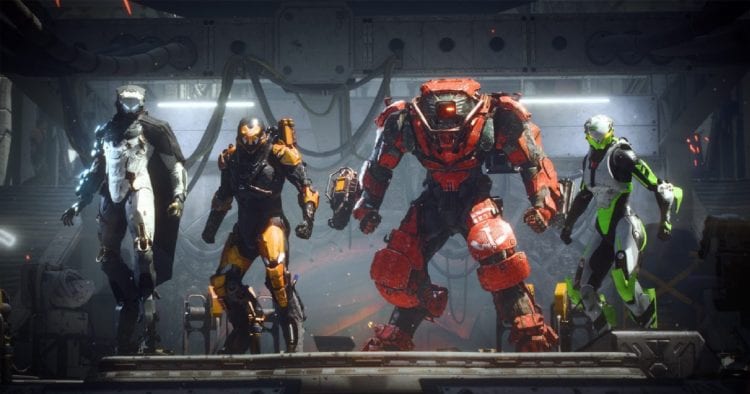 High-tech battlesuits, fast-paced combat, guns, explosions, skills, mods, gigantic enemies, stunning visuals, and flying around in a massive open-world environment. What could go wrong? It seemed everything was in place to make Anthem one of the biggest games in recent memory. Those who looked forward to it touted it as a Destiny killer. And then Anthem faltered in the most ridiculous way possible.

In our review, I mentioned how each feature, taken separately, was made to impress. Then, when you lumped them all together, it created a mishmash with a lot of style but very little substance. You’ve got a middling story and forgettable characters who seem to be just a revolving door of well-wishers. To top it all off, the mission structure was so poorly conceived that you had to go back to your hub all too often just to do something as rudimentary as checking your hauled loot. Speaking of loot, Anthem‘s loot and itemization problems were numerous. That doesn’t bode well for any sci-fi looter-shooter.

Later on, we learned of myriad issues that plagued Anthem during its development cycle. It felt as though BioWare relied too much on its “magic” until the reality set in. Anthem was a mediocre game that was bogged down by too many mishaps, and it was far from ready when it released. Nowadays, we’re hearing of lead producers leaving the team and planned overhauls — or a reboot to the game.

Hindsight 2020: I’m probably preaching to the crowd here, but Anthem was one of the biggest disappointments of 2019. Still, you can find it via EA Origin. 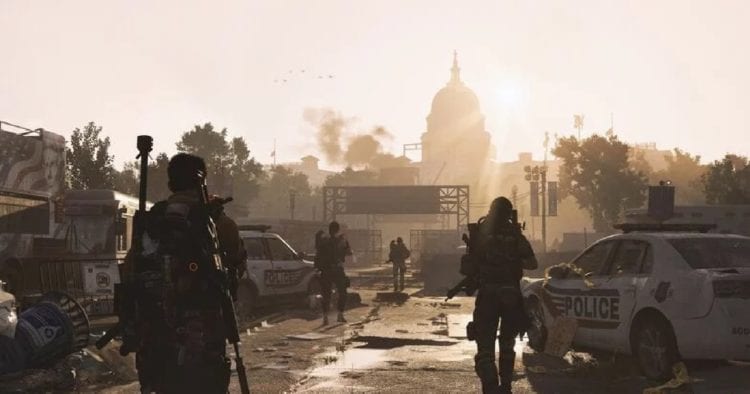 In contrast to Anthem, Tom Clancy’s The Division 2 delivered what you expected. You’ve got a real-world location (Washington D.C.), albeit war-torn and in a post-apocalyptic setting. Likewise, you’ll spot trademark skills and customization options for your characters, and an engaging and seamless multiplayer feature.

The Division 2 was well-received by players, and I also happened to enjoy it for a time as noted in our review. The biggest downside was that delays pushed back the release of The Division 2‘s endgame progression and raid. I don’t know about you, but having to grind the same activities to increase gear score — and then waiting two months for the endgame — tried everyone’s patience. Then, when the raid finally released, it was the same “keep hiding because one hit from hundreds of bullet sponge enemies will annihilate you” style of gameplay.

Hindsight 2020: Tom Clancy’s The Division 2 was quite decent as expected until you had to wait a few months for something that ended up frustrating you. The game is available on Uplay. 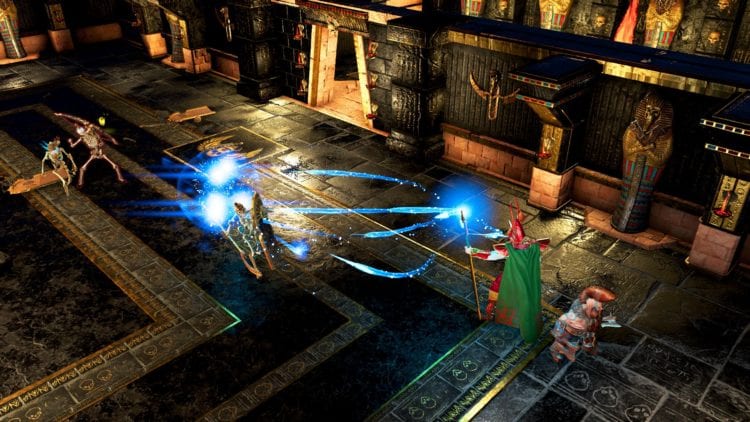 I’m a nut when it comes to Warhammer. I even mentioned how appreciative I was that games such as Vermintide and Total War: Warhammer allow myself and other fans to experience the franchise’s setting. I also happen to like ARPGs, and so something like Warhammer: Chaosbane would’ve tickled my fancy, right?

Unfortunately, it was marred by a barebones skill tree system and a shallow loot pool, hardly things you’d want if you’re used to ARPGs like Diablo or Path of Exile. It was too casual and streamlined to a fault. Worse, the game’s environments were fairly limited. Likewise, at launch, it hardly had what you could consider an endgame. It wasn’t Warhammer; it was a “ho-hummer.” But, hey, the Tomb Kings have made it, though.

Hindsight 2020: Despite being familiar with the source material (Warhammer) and the genre (ARPGs), I found Warhammer: Chaosbane quite underwhelming. You can grab it on Steam. 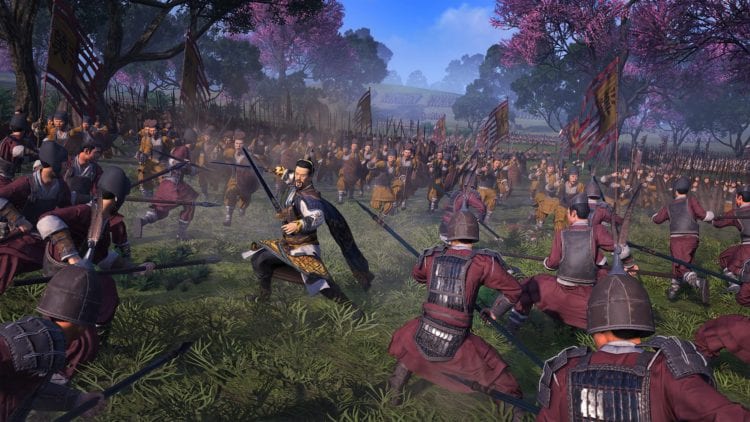 If Warhammer was one of my go-to franchises when it came to fantasy, then the Romance of the Three Kingdoms was its counterpart when it came to world history. It’s a novel I kept re-reading as I grew up, and one that had me playing and watching various forms of media to keep me engaged. Filled with larger-than-life characters and a rich story, it kept you delighted. As such, Total War: Three Kingdoms was something I looked forward to earlier in the year.

Creative Assembly could’ve botched the launch, but it didn’t. In fact, Three Kingdoms was one of the most well-optimized and visually dazzling Total War titles in its portfolio.

Owing to stunning visuals, charming aesthetics, detailed in-game mechanics, and unique styles of play, Total War: Three Kingdoms was a wonder to behold. Within the first week alone, I had already clocked in around 70 hours, and a couple hundred more came later as I kept writing guides. In a traditional “Game of the Year” feature, Total War: Three Kingdoms is my personal pick for 2019.

Verdict: Total War: Three Kingdoms is simply exceptional, and it’s my top choice among all the games that released this year. You can find it on Steam.

That does it for our feature looking back on my 2019 picks in hindsight. There are more games that I’m looking forward to in 2020, including one that didn’t make the cut (Abbey Games’ Godhood). You can check out a companion feature in a short while.

PC Invasion’s Most Anticipated Games of 2020

By Tim McDonald11 hours ago
Features