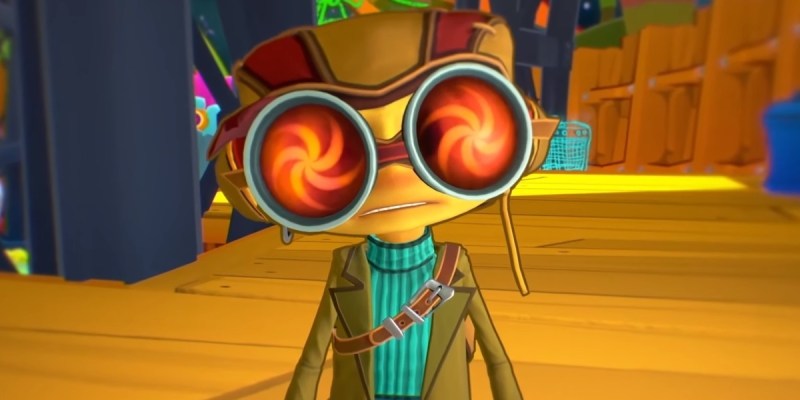 We’re about halfway through the month of August. You know what that means? That’s right, friends, we’re getting another wave of games heading to Xbox Game Pass for PC. I’ve been keeping tabs, and we generally hear word on more games coming for the service about every two weeks. Last time, on August 3, we learned that Hades and Curse of the Dead Gods was heading to the service. Today, we got a whole new barrel of games to talk about. Psychonauts 2, Humankind, the Myst remake, and Twelve Minutes head to Xbox Game Pass for PC for August 2021.

Of course, those mentioned are among the highlights. One of those games, Humankind, is available to play on Xbox Game Pass for PC starting today. We’ve already given the 4X strategy game a look in our review, in which we noted that it was good, but had some issues with mechanics not meshing together all too well. Three other games are available to play today via the Cloud: Need for Speed Heat, Star Wars Battlefront II, and Star Wars Jedi: Fallen Order.

Three games will be available on the service starting August 19. The first is Recompile, a Metroid-like with a gorgeous presentation. Train Sim World 2 is next on the list, allowing you to steer your locomotive through Germany. Finally, the third game is the highly anticipated Twelve Minutes — a mystery game starring the likes of Daisy Ridley and Willem Dafoe. 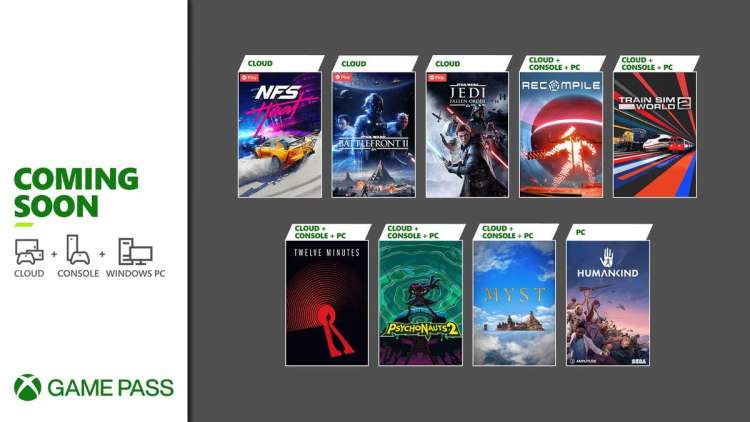 Coming August 25 is arguably the highlight of the month. Psychonauts 2 will land day one for Xbox Game Pass for PC, bringing back Raz and crew after more than 16 years of absence. A lot of fans have been waiting patiently for this follow up to one of Double Fine’s best games. It flew under the radar hard after releasing in 2005. However, the developer and Microsoft never forgot about the colorful, zany platformer. And soon, you’ll have the sequel in your giant, gloved hands.

Wrapping up the list is a remade classic from the puzzle game genre. Myst is a game that hardly needs introduction. The famous puzzle/adventure game released on PC way back in 1993, taking the world by storm — and confusing it. This version of Myst has been entirely remade by the original team at Cyan, coming with new art, audio, and interactions. The game also utilizes FidelityFX Super Resolution by AMD, so one of the prettiest games of the early ’90s is looking better than ever. Check out more on Myst here. The game will land on Xbox Game Pass for PC on August 26.