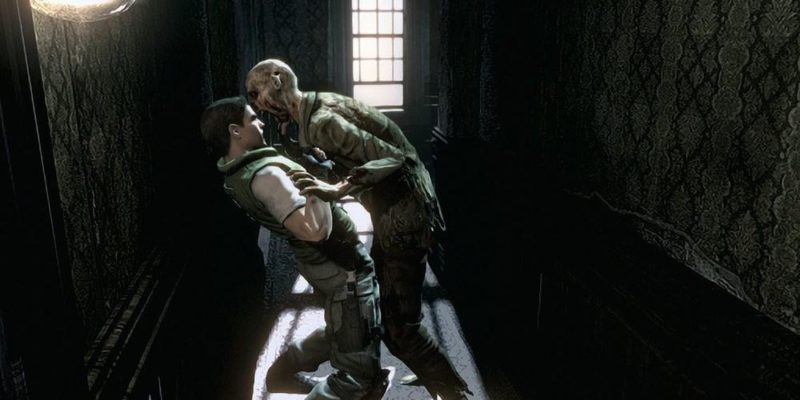 Halloween is upon us once again, and, while you make yourself sick with all that yummy Halloween candy you definitely bought for the local kids, you may as well enjoy some spooky games courtesy of heavy Steam discounts. Most of these games are designed to delight you with frights (and sometimes mess with your head), which should make them perfect companions for the scariest night of the year. And don’t worry, there are no tricks in this list – only treats.

Friday the 13th: The Game

It wouldn’t be Halloween without a slasher movie, would it? Friday the 13th lets you take on the role of either the murderous Jason (insert obligatory sound effect here) or the hapless camp counselors trying to escape his rage, in asymmetrical multiplayer fashion. Considering that legal issues mean we won’t be seeing any more additions to the game, this might seem an odd choice, but it’s frighteningly cheap on Steam right now. If there’s a time to experience it before the player base really falls off, this might be it.

If you were never a Jason fan or want something that is still getting regular updates, you could always check out Dead by Daylight. It’s not discounted as heavily, but it follows the same “hapless humans versus terrifying supernatural killer” theme, and you’re not missing out on licensed murderers. The DLC already offers up characters from Saw, Nightmare on Elm Street, Halloween, and The Texas Chainsaw Massacre as playable villains, in addition to the batch created solely for the game. It’s also free to play for the next few days, so you can try it out and see if it’s your sort of thing before putting down your money.

Also, it lets you hang your victims on hooks. Any self-respecting slasher villain should do that at least once in their (un)life.

“Adorable” and “Halloween” might not be the most commonly combined words, but they’re certainly the two that best describe Double Fine’s RPG duology Costume Quest. Take control of a band of trick-or-treaters as they collect candy and save their town from various threats (like the dreaded dentists) while battling foes in JRPG-inspired combat. In a neat twist, the abilities available in combat are dependant on what costumes your characters have equipped. When a fight kicks off, that crappy cardboard box robot may well reveal itself as a humongous mecha, capable of taking on all comers. The power of imagination, everyone.

Night in the Woods 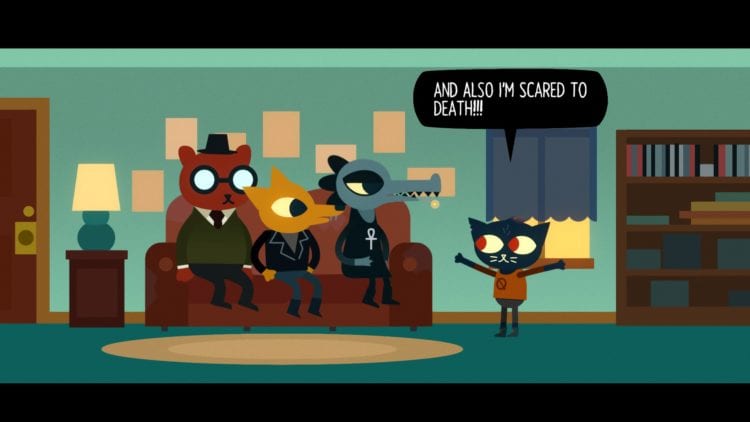 Again, Night in the Woods isn’t the scariest of games – unless you’re terrified by the concept of an emotional and painfully real (but still light-hearted and amusing) examination of capitalism’s problems – but it’s themed around Halloween and has more than a couple of unsettling moments. College dropout Mae is back in her hometown, only to find that her friends are struggling with real-life issues, the town itself is falling apart a bit because CAPITALISM, and – oh, right – there’s something unsettling lurking in the woods.

It’s certainly not the most Halloween-y game on the list, nor is it the most terrifying. But as a light adventure game that’ll tug on your heartstrings, make you giggle, and make you think, it’s easy to recommend. I mean, it won two of our Alternative Awards last year. 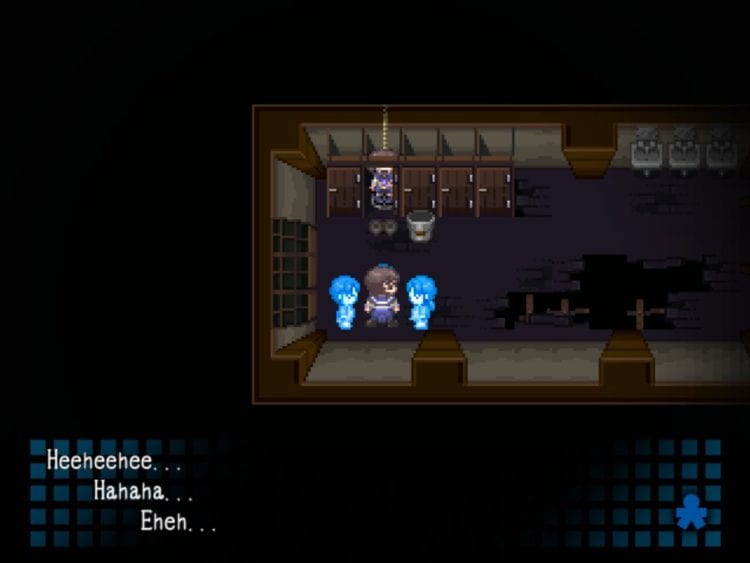 Back to spookiness! Corpse Party is a Japanese classic that made its debut on western PCs a couple of years back. It follows a group of high school students who perform a ritual they found on the internet. As this is in our Halloween section, you can guess that this doesn’t end well. The group winds up in an alternate, dilapidated version of their school, occupied with spooks, spirits, and a trio of ghostly elementary school students who want to do some really unpleasant things with scissors. It’s unfortunately not the best version of the original Corpse Party, but if you’re interested in the series (the entirety of which is coming to PC over the next few months), it’s still a really good place to start.

If you’ve already partied with corpses, then there are plenty of other Japanese RPG Maker-style horror games to tingle your fear centers. The Strange Man series, Mad Father, and Misao are all worth a look, depending on whether you’re after something creepy and sad, creepy and puzzling, or borderline slapstick and then suddenly incredibly tragic (and creepy).


Sure, you can survive the hordes of trick-or-treating kids banging at your door and howling at your windows, but could you survive… survival games? Okay, no, that doesn’t sound very scary, and “it’s kind of like a top-down shooter” probably won’t get you thinking differently. But Darkwood might just change your mind about what can give you the fear.

This surreal survival horror game has you exploring a mildly unsettling forest by day, scavenging for resources and trying to figure out what’s going on and how to get out. That’s fair enough, but it’s when night falls that things go really wrong. Limited sight. Limited light. Limited resources. Did you place enough traps? Is your shelter securely barricaded? And what the hell is that sound? If the answer to the first two questions is “no”, you’re going to get a first-hand – and very unpleasant – answer to the last one.

No cheap jumpscares here: Darkwood is pure atmosphere. It’s very, very eerie and drips unfiltered dread from every pixel. Perfect for a dark night in, but don’t blame us if you play this and then suddenly start getting serious heebie-jeebies whenever your power goes out in real life.

I bet you thought we were going to say Layers of Fear, right? Especially with a newly announced sequel on its way. Well, you’re not entirely wrong: that’s a very good choice for your Halloween evening, too. But that’s also a little obvious, and it’s been available in bundles (and for free, at one point). So maybe you’d rather take a look at Bloober Team’s other messed-up horror offering: Observer.

Observer is a bit different, not least because it’s a cyberpunk horror story. Rather than exploring a mansion, a forest, or an asylum, you’re directly hacking into the brains of both criminals and victims, giving you a first-hand experience of their fears. It’s a really good way of setting up some surreal and horrible experiences that don’t need to obey any sort of physical laws and don’t need any sort of supernatural explanation. The brain is a powerful thing, especially when you’re diving into a fractured mind and getting a good glimpse of insanity for yourself.


Resident Evil and Halloween go together like bread and butter, and thankfully, you’ve got a slew of games to choose from here. If you haven’t played it yet, we’d probably recommend visiting the Baker estate in Resident Evil 7 to see the series’ rather good revamp. After going a bit Michael Bay in Resident Evil 6, Resident Evil 7 returns to some of the series’ roots in terms of limited resources, numerous enemies, and a fair bit of creepiness.

Still, if that doesn’t tickle your fancy, this is also an opportune time to go back to one of the series’ classics. While most entries in the franchise are worth a look, it’s always worth returning to Resident Evil – or more specifically, Resident Evil Remaster. With a remake of Resident Evil 2 due in early 2019, why not revisit the infamous mansion that started it all? It’s hard to get more Halloween than exploring a creepy mansion filled with zombies and other things that go bump in the dark. 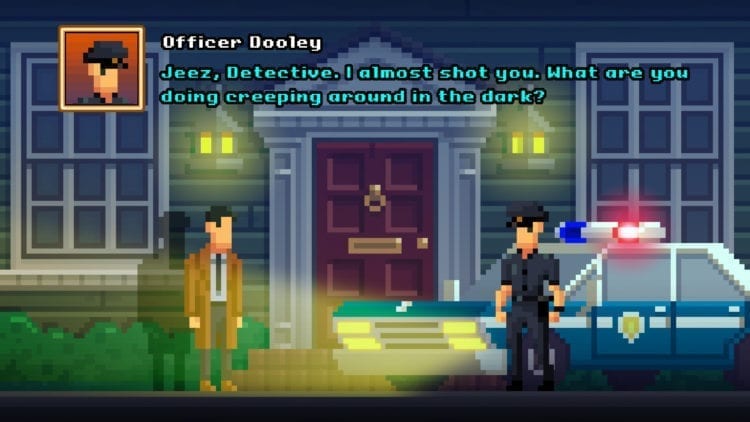 Is that enough actual horror for the moment? Then let’s take a break and relax with Detective Francis McQueen, the titular Darkside Detective, in a legitimately funny point-and-click “micro-adventure”.

The Darkside Detective is perfect for a bit of a quick cooldown between actual terrifying games. It’s divided into six cases (plus three free bonus cases), each of which will probably take around 30-50 minutes to beat. That means there’s no huge timesink here and no need to sit down for a massively lengthy play session if you don’t want to. As McQueen, the lead investigator of the Darkside Division – a police division dedicated to investigating and stopping supernatural horrors – you’ll be checking out everything from mysterious disappearances to full-on ghost trains. Plus possibly stopping to argue with the ghost of Edgar Allen Poe along the way.

It’s not the most difficult adventure game ever made, nor does it have the deepest story, but it’s surprisingly well-written and quite entertaining. Worth a look in between your other Halloween activities. 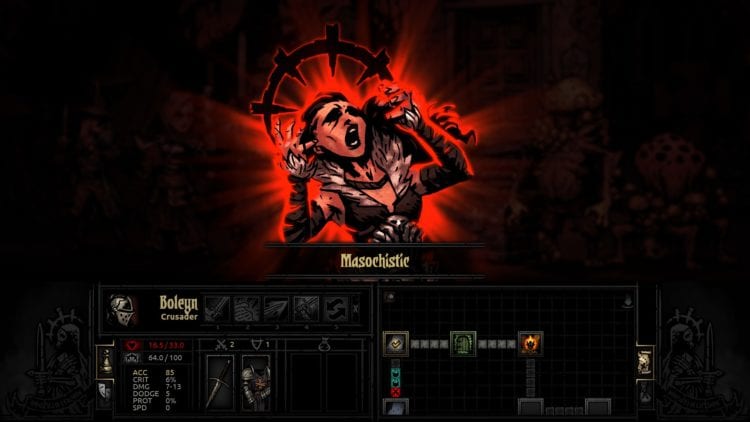 We’ve had a bit of humour and a lot of scares, but Halloween is also a time for gut-wrenching tension. Few games do that better than Darkest Dungeon. 80% dungeon exploring and 20% settlement management, Darkest Dungeon pits a band of merry adventurers against eldritch forces of darkness controlling an ancient estate – and by the time they’re done, they’re not going to be nearly so merry, and you’re going to be a gibbering wreck. Exploring dungeons, looting chests, and battling abominations in turn-based combat is one thing, but keeping everyone’s sanity and spirits high is the real challenge in this unforgiving tactical RPG. Winning the battle but losing the war is all too easy when your quest into the estate’s sewers can result in two of your finest adventurers dead, two desperately needing either medieval psychiatric treatment or a lengthy spell of time off to gamble and drink their cares away, and you desperately needing a drink to cope with the stress of your adventure.

Packed with character and a very different kind of fear, Darkest Dungeon is a unique experience at a price low enough that it’s frankly hard to pass up. Just remember: survival is a tenuous proposition in this sprawling tomb.

Crypt of the Necrodancer

Survival is also a tenuous proposition in Crypt of the Necrodancer, which somehow manages to marry rogue-lite dungeon exploration with a rhythm-action game. This one’s all about funky beats and pattern recognition: while the layouts are generated anew each time, the music is the same, and you must make a move on every beat. This means very quickly figuring out how each enemy type moves and reacts, as well as how best to deal with them. Flawless play is entirely possible and can render even the mightiest foes dead in a few beats of a bass drum, but get flustered or mess up and your character is the one who’ll be a stain on the floor. Complicating matters are the slew of unlockable items that can change the mechanics of how you move and attack, providing more depth than you’d think for a game that basically revolves around a mix of quick thinking and on-the-beat pressing of the arrow keys.

And frankly, it’s hard to get more “Halloween” than a game that’s almost overflowing with zombies and skeletons, and headlined by a musical lich.

What Remains of Edith Finch 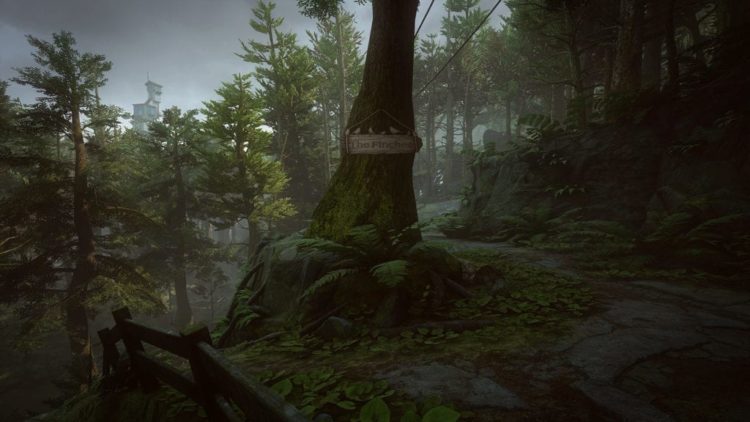 Let’s finish up with a more sombre and reflective recommendation, courtesy of What Remains of Edith Finch. It’s not a scary game, per se, but it is touching, thought-provoking, and stunningly beautiful — both graphically and tonally.

What Remains of Edith Finch is a walking simulator set around the gargantuan mansion of the Finch family, investigating the family history and finding out exactly why you – the titular Edith Finch – are the last one alive. Every story you find lets you play through the final day of a family member’s life, taking you throughout history and weaving tales that are about life as much as they are about death. Despite the premise of “experience the death of many people”, it’s probably the least Halloween-y game on the list. But the focus on death and a presumed family curse is enough for us to include it in here.

Contest: Win A Steam Key For The Witch’s House MV