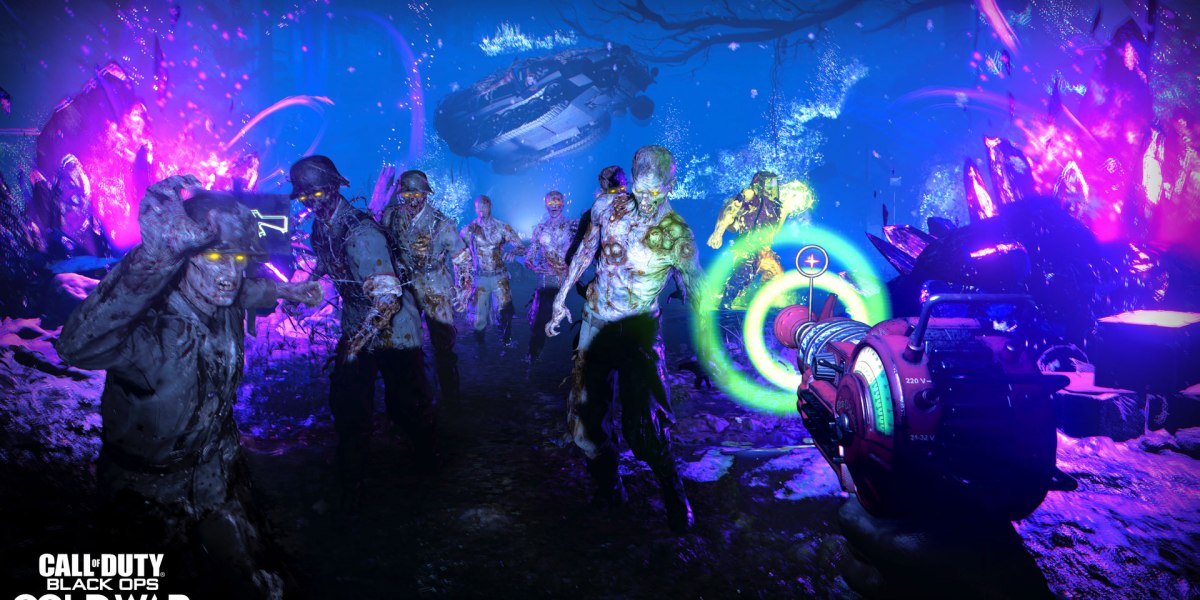 The Call of Duty: Black Ops Cold War Zombies reveal took place yesterday. The next generations of Zombies will have a new narrative, new weapons and more. However, Zombies will have a sense of familiarity with fans as some iconic maps will return such as Nacht der Untoten. Also, classic perks will return such as Speed Cola and Jugger Nog. Not long after the official reveal ended, Treyarch hinted on their Twitter page the return of another popular mode. It is thought that Dead Ops Arcade will return to Call of Duty: Zombies.

Dead Ops Arcade was first introduced in Call of Duty: Black Ops 1. Then, it made an appearance in Call of Duty: Black Ops 3 too. Dead Ops Arcade has notably different mechanics to traditional first-person shooter zombies. Although, it is played top-down, with a bird’s eye view of the action, you can still collect perks, eliminate waves of zombies and more.

The tweet from Treyarch appears to be an image of a sunset beach. The number 3 stands out in the middle of the image. This led fans to believe that the mode will be called Dead Ops Arcade 3 in Call of Duty: Black Ops Cold War as it would be the third variation of the mode.

It is unknown if Treyarch plans to release more Call of Duty: Zombies teasers in the future. Perhaps, fans of Dead Ops Arcade will have to wait until the game releases on November 13 to find out more. Until then, you can get a taste of the Call of Duty: Black Ops Cold War multiplayer in the upcoming beta. You can pre-order the game to get early access to the beta. Instead, you can play the open beta, which begins on October 17. For PC, the beta will be played on Battle.net.