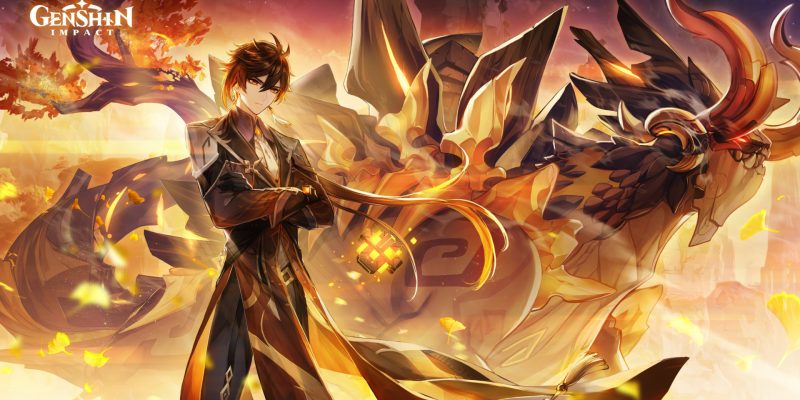 Genshin Impact‘s version 1.5 update, “Beneath the Light of Jadeite,” was announced almost a couple of weeks ago. After partaking in the Windblume Festival last month, players will now be able to continue with their journey. There are quests and hangout events related to Zhongli, Diona, and Noelle, as well as new artifacts, leveling materials, a weekly boss (Azhdaha), elite boss (Cryo Hypostasis), and more. Perhaps one feature that fans are looking forward to is the player home system accessed via the Serenitea Pot. In any case, here’s our guide/primer to let you know of the details and all the new stuff in Genshin Impact‘s “Beneath the Light of Jadeite” version 1.5 update.

Genshin Impact: New events and content in version 1.5/”Beneath the Light of Jadeite”

Gentry of Hermitage: Zhongli and Yanfei

Players who missed out on Zhongli the first time he was around have another shot. That’s due to the Gentry of Hermitage, the Zhongli banner rerun which runs from April 28 through May 18. This Genshin Impact wish banner also includes 4-star characters like Noelle, Diona, and newcomer Yanfei.

You can learn more about this new character in our Yanfei build guide. We’ll also have a Zhongli guide that’s coming soon. Eula is an upcoming 5-star character who’s set to join Genshin Impact‘s roster after the Zhongli banner rerun expires. There’s a possibility that she could be a powerhouse.

While you need to wait for a couple of weeks to get Eula, you can start farming for Dandelion Seeds to help with her character ascension. The Epitome Invocation weapon banner (April 28 to May 18) marks the return of the Summit Shaper and Memory of Dust. However, there’s also another 5-star weapon on the horizon.

It’s called the Song of Broken Pines, and it’ll likely be featured once this current weapon banner expires. I’m guessing that this might be the best-in-slot (BIS) weapon for Eula since it coincides with her availability as well. Version 1.4 introduced Hangout Events in Genshin Impact. These are lengthy quests with multiple branching paths and endings. Think of this as a means of chilling with a particular character, and it’s akin to a dating sim (minus the cringe factor, I guess).

In version 1.5, you’ll be able to continue Noelle’s story with the second act of her Hangout Event. We’ll also have a guide for Diona’s Hangout Event that’s coming soon (I ran out of story keys again). Okay, before version 1.5 went live, I actually had three story keys and 8/8 commissions completed. Sadly, I had to use two of these keys to unlock Noelle’s story, and also a single key to unlock Zhongli’s quest.

Zhongli’s arc continues, taking the group all over Liyue. In the end, you’ll discover a mysterious cavern. Azhdaha and the Cryo Hypostasis

The cavern that you visit towards the end of Zhongli’s story quest is actually the domain of Azhdaha, a “stone turtle dragon” creature that’s also a weekly boss. If you’re able to eliminate Azhdaha, you’ll get some new materials used to level characters.

But, Azhdaha isn’t the only new baddie around. The Cryo Hypostasis is an elite/farmable boss that you can fight in Dragonspine. You can farm one of its drops, the Crystalline Bloom, to get ready for Eula’s ascension.

Note: Regarding weekly bosses (i.e., Andrius, Azhdaha, Childe/Tartaglia, and Stormterror), Genshin Impact‘s version 1.5 update has a player-friendly tweak. The first three bosses you defeat each week will only cost 30 original resin when collecting rewards. This will be refreshed each Monday after the weekly reset. If these weren’t enough, then you can tackle a new domain called Ridge Watch. There, you can collect a couple of new artifact sets, the Pale Flame and the Tenacity of the Millelith. Finally, one of the most anticipated additions in Genshin Impact is the player home system known as the Serenitea Pot. It acts as its own unique realm or domain where you can add furnishings and decorations. Likewise, you’ll be able to collect blueprints, increase your Trust ranking, accumulate Realm Currency, gather wood from trees, and purchase rewards (including an item that increases your artifact’s EXP). Yes, there’s even a vendor that arrives during the weekend, kinda like Xur from Destiny.

You can learn more in our mega guide for the Serenitea Pot player home system. There are also a few events down the line. These include an instance where Diona helps you out, as well as an encounter against the Abyss Lector: Violet Lightning. We’ll have more guides once the content has been made available in the near future.