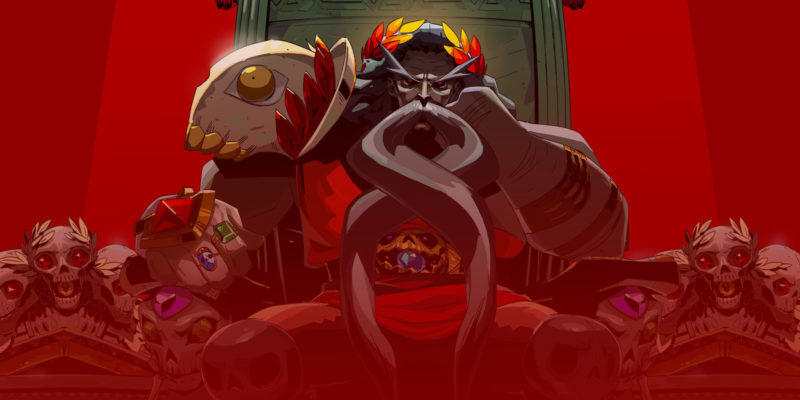 The Pact of Punishment is a special “endgame loop” of sorts for Hades. In any case, the Pact of Punishment lets you select from various modifiers to add “heat,” a mechanic related to obtaining special artifacts and items from the bosses that you defeat. Here’s our mini-guide to help you out.

Hades guide: The Pact of Punishment

Unlocking the Pact of Punishment feature requires you to defeat Hades first. You can refer to our Hades boss fight guide if you need help.

Now, when you head to the training room, the southeast exit will have a skull-topped scroll (aka. the Pact of Punishment). You can then select the modifiers to increase the difficulty of your next run. 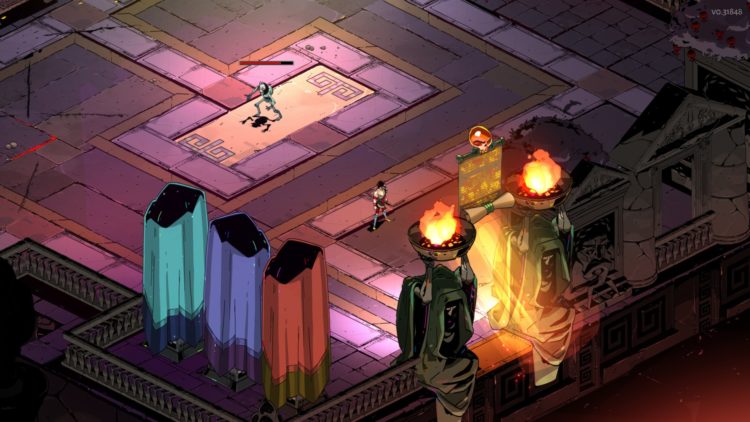 What is Heat and what are Heat levels?

So, what exactly does the Pact of Punishment entail? Well, first, you’ll need to take note of “heat.” This mechanic (symbolized by a flaming skull on the upper left-hand corner of your HUD) shows you your current run’s difficulty. 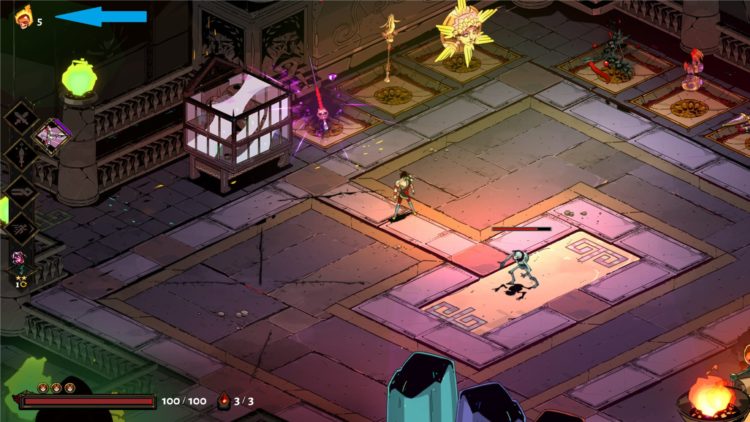 Anytime you defeat Hades and escape his clutches, the weapon you used is taken into account. For example, let’s say you achieved victory using the Twin Fists with “heat level 1.” That means, along the way, you were able to obtain all the special artifacts from boss fights — ie. Titan Blood (Furies and Hades), Diamonds (Lernaean Bone Dragon), and Ambrosia (Theseus and the Minotaur).

The Pact of Punishment scroll will then show you that you’ve gotten the special drops for heat level 1. So, if you attempt to use the Twin Fists on your next run and you still have the same heat level, you’ll only get darkness crystals instead of special boss drops. 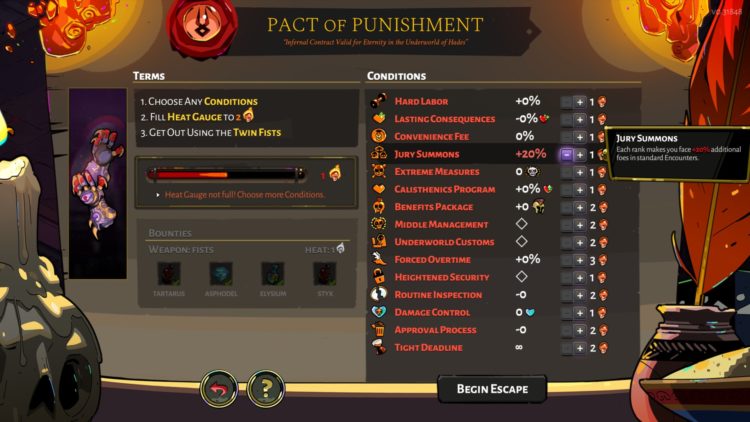 As such, you’ll have to increase the heat level based on what the bounty recommends. 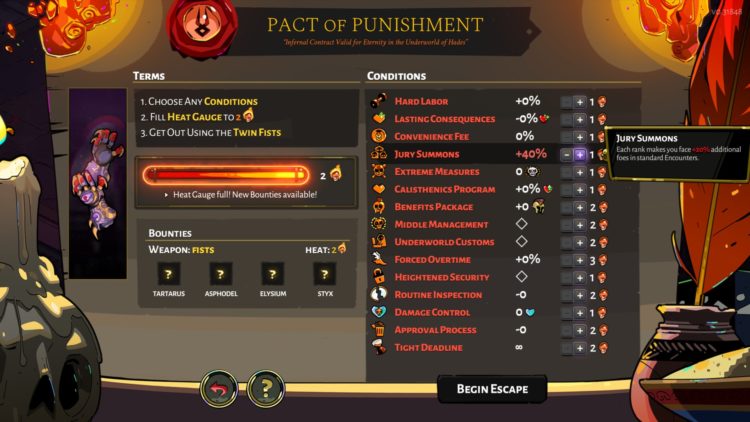 Note: Heat levels are also associated with the Infernal Gates of Erebus where you can complete the “Perfect Clear” challenge.

There are currently 15 modifiers and some of them have multiple ranks that provide extra heat. Your goal, if you’re using the same weapon, is to only increase the heat level by one point. This will show you that the bounties for those boss items are active.

Note: You can exceed the heat requirements and still obtain bounty rewards. However, the bounties are dependent on the weapon and heat level. That means you’re not going to get 5x Diamonds for beating the Bone Hydra at heat level 5 if the bounty is only for heat level 1. It’s better to just stick to the heat level recommended by the bounty. 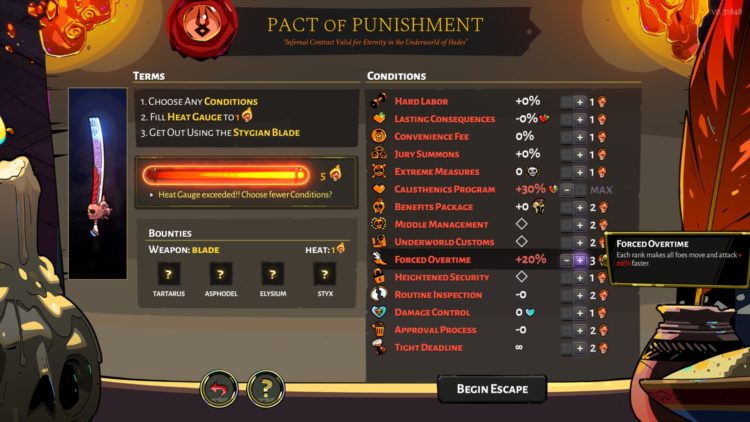 Here are the Pact of Punishment modifiers:

This will drastically alter how you approach boss fights due to new mechanics. For instance, the Tartarus boss fight will have you facing off against all three Furies. 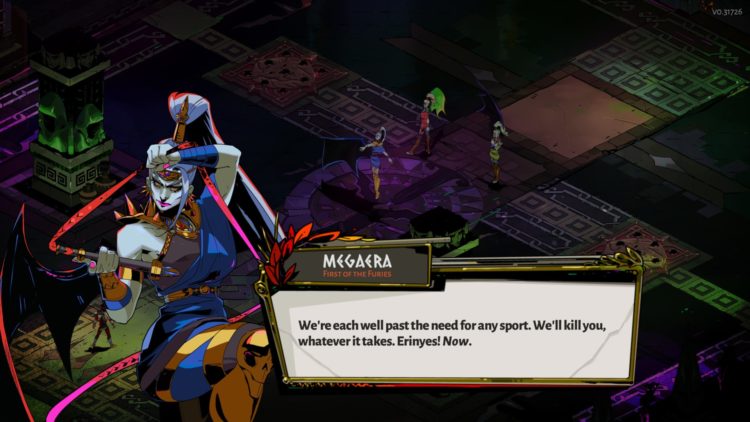 Meanwhile, the Asphodel fight against the Lernaean Bone Hydra will take place in a smaller area. 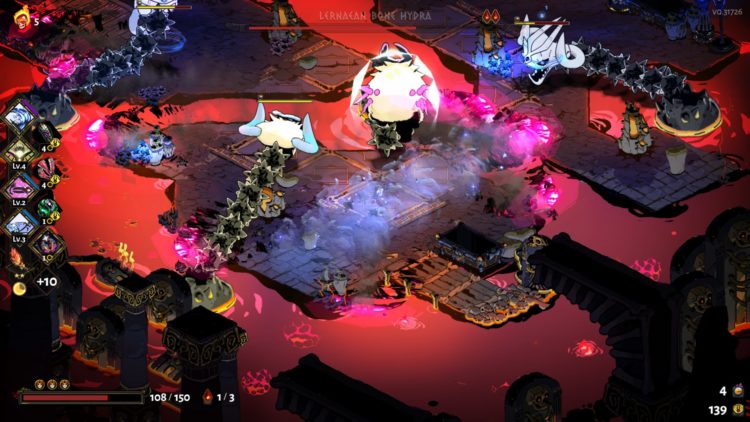 Lastly, the Elysium fight will have you fighting a beefed up (pun intended) Minotaur and a Theseus who’s going on bombing runs while mounted on his chariot. 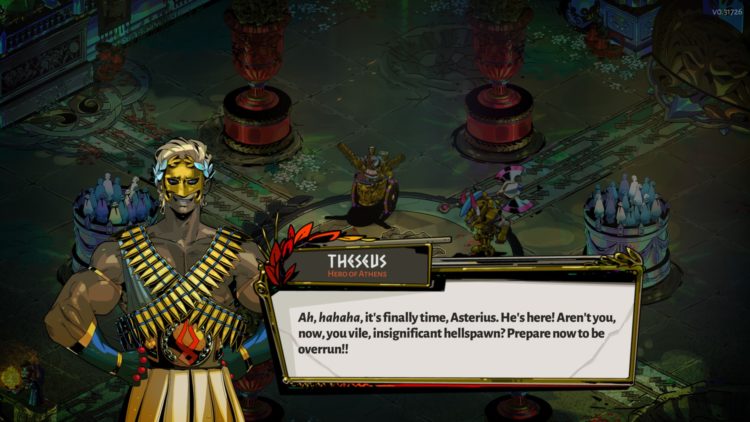 Enabling the first couple of Pact of Punishment modifier ranks would be fine. Most of the useful Mirror of Night upgrades are at the top instead of the bottom of the list anyway. 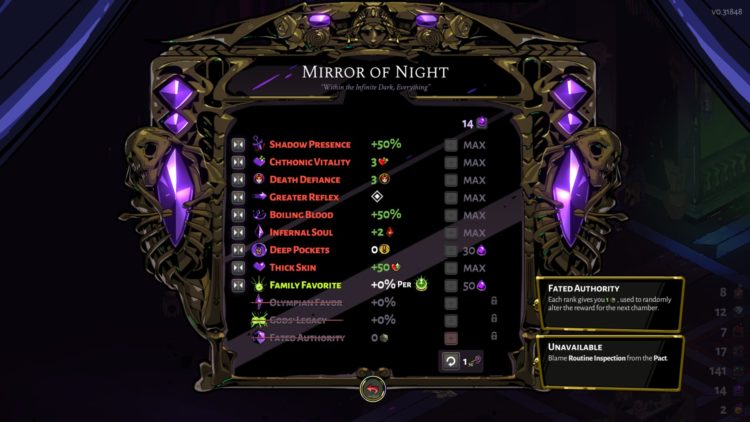 Skills that can be selected or those that are locked are completely random. This will likely prevent you from progressing further with an ideal build due to RNG factors. 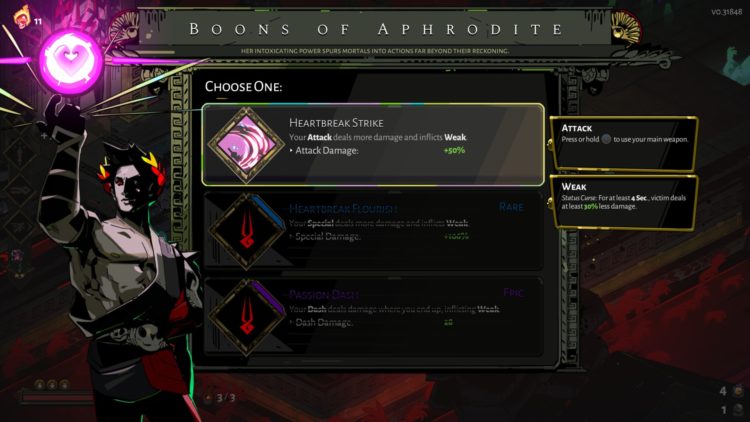 This also applies to upgrades via the Daedalus Hammer or Pom of Power. 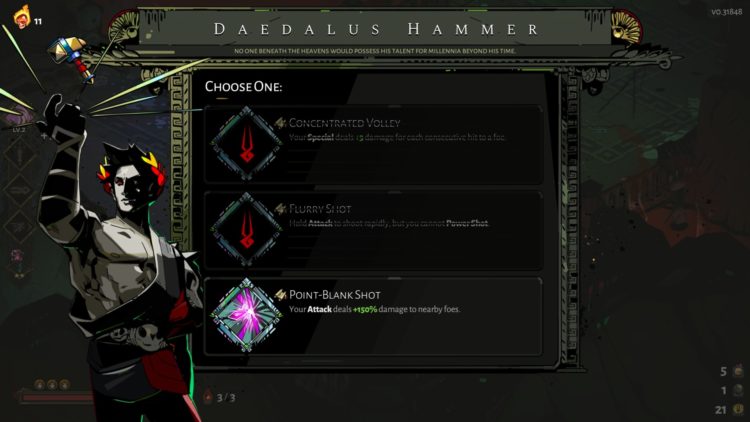 The timer will only stop if you’re in transition areas, when encountering special characters (ie. Patroclus, Sisyphus, Eurydice, and Thanatos), or boss fight rooms (only after the boss has been defeated). Oh, and if the timer runs out, Zagreus will lose HP each second until he dies. 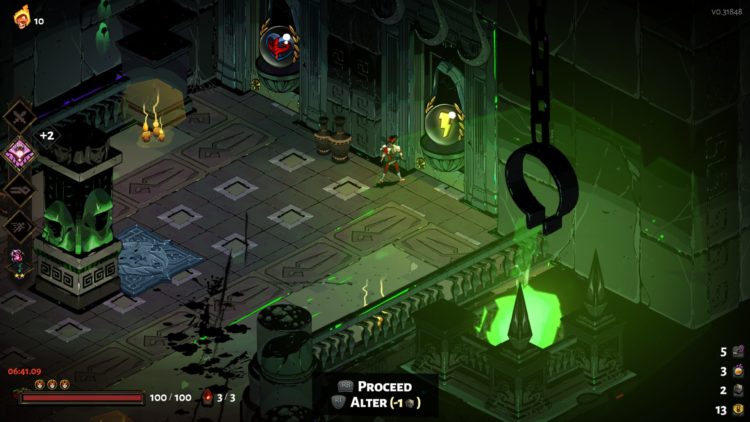