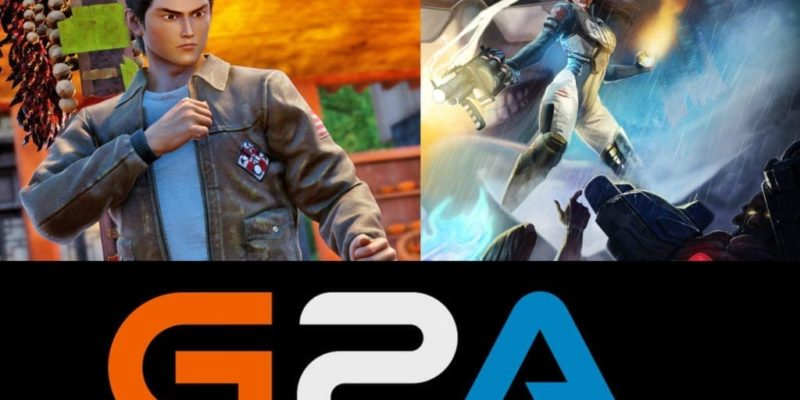 The weekend has arrived! It’s time to kick off your work shoes and sit in front of your monitor for some quality gaming time. It’s been a busy week here at PC Invasion. We’ve seen a lot of news break, so we’ve compiled the biggest stories here to get you caught up with everything going on in the PC gaming space. 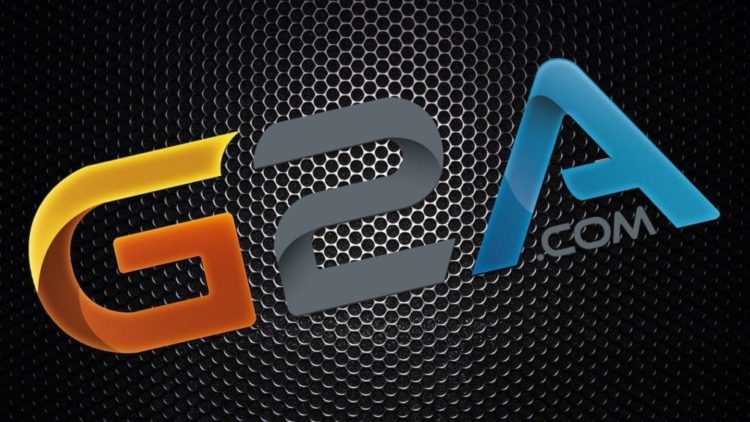 G2A keeps digging itself into a deeper hole

Some of the most interesting news that unfolded this week involves the back-and-forth between online key reseller G2A and various independent developers. It started with No More Robots’ founder Mike Rose sharing how G2A’s new Google ads take priority over the developer’s retail listings. In effect, anyone who purchases the game through that link will prevent the developer from making any money on that game sale. Soon after, there was a rallying cry from developers asking would-be G2A users to pirate their games instead of purchasing them through key resellers. No, seriously.

This week, G2A proposed that they would implement a key-blocking tool that will potentially help stop games unethically obtained from being resold on their website. The catch: G2A wants no less than 100 developers to sign up for the program. They won’t even start creating this tool until they have that. They’ve also implemented a one-month deadline for the signup.

It’s possibly one of the industry’s worst-kept secrets that keys sold on G2A come from all sorts of terrible places. Developers are frequently scammed for review and giveaway copies of games, which the scammers later resell on sites like G2A. Some sellers of the keys even obtain them thanks to stolen credit cards. That’s how you can get Minecraft for $4 on G2A, whereas Microsoft sells it for $26.96. The relaxed G2A has had in dealing with this problem is alarming, to say the least.

It’s even more concerning that G2A’s response to this is to demand action from developers before they even attempt to solve an issue within their own platform. Why would you need 100 developers backing you convince you to fix fraud and criminal activity on your digital market place? I would think they would just want to do that to protect themselves and their users. You know, business integrity and all that. G2A definitely knows that some of their keys are illegally obtained. But they don’t seem that interested in doing anything to change it. 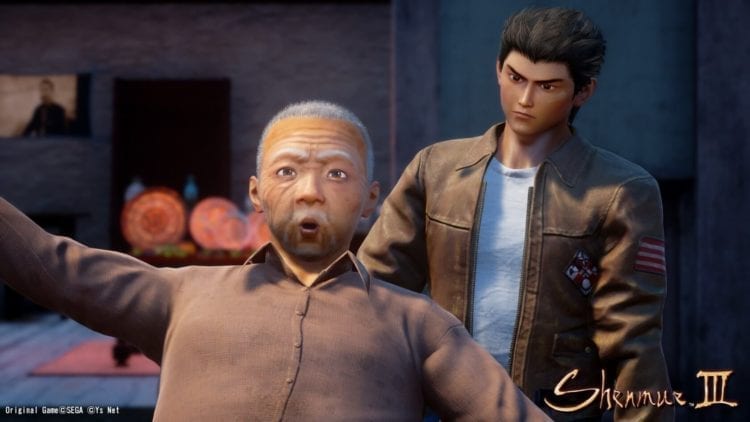 Shenmue III just can’t stay out of the news, and unfortunately, it’s not in a good kind of way. News broke during E3 2019 that the title would be a timed Epic Games Store exclusive on PC and that those who backed the game for a Steam release would not receive refunds. Thankfully, they later walked back on that last point. But this week, we found out that Kickstarter backers will also not receive any of the game’s pre-order content unless they purchase it separately. An e-mail sent out to backers from Shenmue III‘s developer Ys Net explains that “versions released through retail sales are not affiliated with the crowdfunding campaign, so will not be included with backer pledges, however, they will be available for sale separately.”

This is a pretty wild development considering the game’s Kickstarter backers essentially pre-ordered the game before there was a game to pre-order. It’s easy to get riled up over this, though it’s worth considering how pre-order bonuses get pretty sticky when it comes to retailers. GameStop wants to have their own in-game incentives to bring players into their store. Same with Amazon, BestBuy, and so on. Not creating content unique to these retailers could mean that the game doesn’t make it to their shelves.

That said, the Kickstarter backers provided the game with nearly $6.5 million towards development. Frankly, a little rule-bending might be in order. Maybe backers could pick one of the several pre-order incentives that Ys Net is working on? Perhaps they could receive them after a period of timed exclusivity? While not ideal, they could provide vouchers so backers could purchase the content with a significant discount. There are a lot of potential compromises here. 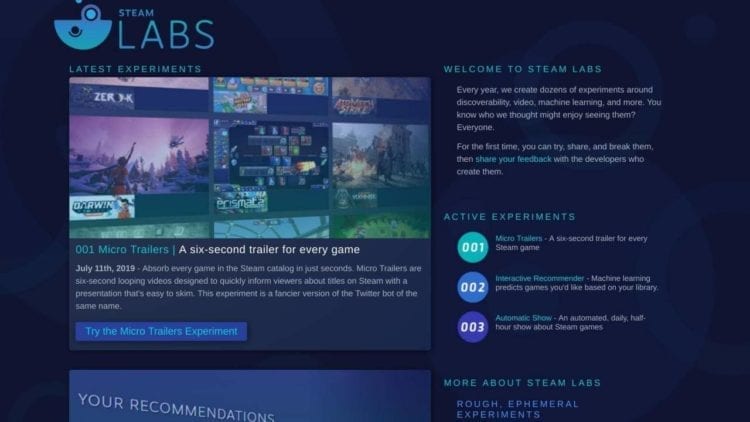 New, experimental features are making their way to Valve’s mega-gaming client via Steam Labs. Currently, it has three main features: Micro Trailers, The Automated Show, and The Interactive Recommender. With Micro Trailers, Steam will generate a six-second trailer for a game so that you can quickly get up to speed with what it’s about. The Automated Show takes enough trailers to make a 25-minute show, which Valve plans to air daily. If a showcase trailer catches your eye, you’ll find a link to the store page there too. Finally, The Interactive Recommender will help you pick the next title that you should play based on what games you have in your library and how long you’ve played them. This is just the first wave of experimental features coming for Steam Labs.

I think The Interactive Recommender is fantastic. Steam has so much data thanks to their massive userbases that this feature could lead a lot of players to discover games that they otherwise might miss. Plus, I can only see it getting better over time, as more information on player habits and how well they respond to the feature’s suggestions start coming in.

Micro Trailers and The Automated Show, though, haven’t won me over just yet. Micro Trailers comes from the popular Twitter account Steam Trailers in 6s, and that sort of shtick is great for the Twitter audience. I don’t know that it will translate well into Steam itself. Six seconds is simply not enough time for a person to gauge their interest in a game. It might be enough to whet their appetite, sure, but how often will it prompt any other action from the viewer? Meanwhile, with The Automated Show, I’ll likely not spend 25 minutes a day watching a bombardment of trailers that don’t tell me enough about a game to understand why it’s unique. I don’t see many other people becoming regular viewers either. But hey, that’s why we experiment, right? For Valve, it’s time to take chances, make mistakes, and get messy! 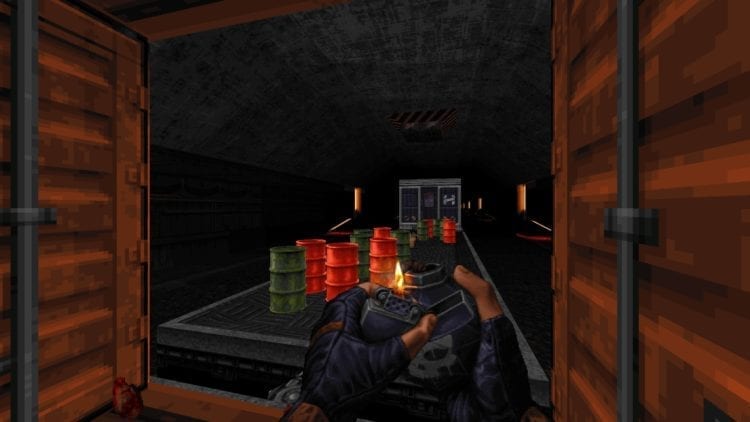 Now named Ion Fury, the callback to ’90s arcade shooter action has decided to change their name. This is in response to Iron Maiden’s claims that the title’s original name, Ion Maiden, is meant to mislead consumers into thinking the game and the band have some partnership. The lawsuit also cites that the game’s main character Shelly Harrison is a less than subtle reference to Iron Maiden’s lead singer Steve Harris and that the game is too similar to the band’s own mobile title Legacy of the Beast. Nothing has changed in Ion Fury in response to those last two claims.

I do understand some of the grounds for this lawsuit, in all honesty. Iron Maiden has a right to the brand they’ve built since the ’80s. Still, I don’t feel that the Ion Fury devs intended to borrow the band’s image for the sake of filling their pockets. It feels more like a homage to the pioneers of heavy metal whose music strikes the same tone as this long-forgotten gaming genre. Rebellion, high-octane energy, and just being a badass in general, are the common fuel for Ion Fury and Iron Maiden. I would have loved to see Iron Maiden instead simply announce that they are not affiliated with the project. I would hope they’d love the chords the game strikes. You know, since it basically encapsulates the things the band stood for back in their heyday.

That’s it for News Breach this week!

These were some of the biggest PC gaming news stories to come out here on PC Invasion this week. I for one can’t wait to see what’s in store next week in the “G2A vs. The Industry” saga. Will they double down on their less than favorable approach to the situation? Will Shenmue backers get more discouraging news? Did anyone watch The Automated Show? Tune in next week to find out!

Be sure to give us your take on these stories in the comments below!

By Brielle Bullard14 hours ago
Features