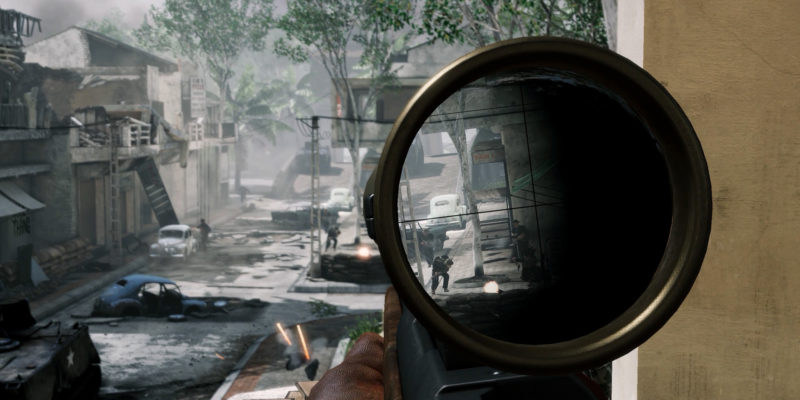 This week has been an exciting and busy one for the Epic Games Store and its free games department (if there is such a thing). Right now we can enjoy Pikuniku which is a charming little adventure from publisher Devolver Digital. Rogue Company from Hi-Rez Studios also went free-to-play, while the recent free-to-play addition of Rocket League is still likely resulting in a lot of downloads, too.

As far as the traditional Epic Store free games go though, we’ve learned that Rising Storm 2: Vietnam and Abzu will be free October 8-15. Starting at 11 AM ET, you will be able to claim these games and download them (or wait until a time of your choosing). These games are yours to keep forever as long as you claim them during the promotional window. All in all, there’s about a $50 USD value here, so you don’t want to forget. Also, if you’re unfamiliar with these two wonderful games or simply need a refresher, we’re here for you. 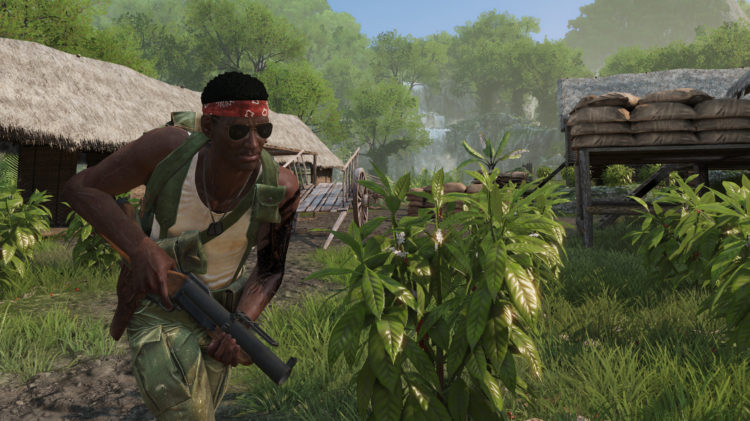 Rising Storm 2: Vietnam is a popular first person shooter from Tripwire Interactive that is somewhat comparable to the Battlefield series. It features huge maps with massive teams that go at it head to head in a variety of modes with all kinds of gameplay options. As the name suggests, it takes place in Vietnam and primarily sees the American military face off against Soviet-backed Vietnamese troops. It’s incredibly well thought out and fits in well with the style of warfare during that time. However, there’s far more than just that.

The game originally released in 2017, so it’s had time to benefit from years of DLC. Even if Vietnam is a little to intense for you, this game still has more to offer. For example, the developers added a toy soldier Army Men-style update last year which features maps that look a lot more like playgrounds than scorched earth. The game still holds most of its value and enjoys a dedicated player base along with periodical community updates. You definitely want to give this one a shot. The fun factor is through the roof. If this trailer doesn’t sell you on this Epic Games Store free game, I don’t know what will.

In contrast to the violence and craziness that takes place in Rising Storm 2: Vietnam, Abzu is a far more tranquil experience. It’s simple enough. You take on the role of a scuba diver and explore the underwater beauty of the oceans. It reminded me a lot of Journey, as Abzu focuses on exploring rich and lively worlds. You have a goal to pursue, but you’re really just along for the ride. The game doesn’t place any particular challenge on you, but instead just let’s you enjoy the ambience.

Now I mentioned there are sharks, but despite what you might think, they aren’t out to kill you. If you haven’t guessed by now, sharks are in fact just another creature in the sea. In this game you pursue one particularly large creature, and it is your guide in a sense. It’s a mighty creature, no doubt, so see where it takes you. Abzu will remind you that games can also be art, and it reminded me about the beauty of our oceans.

Once these games come around for free next week, we will remind you and dive in for another look at what can be yours, absolutely free, courtesy of the Epic Games Store.