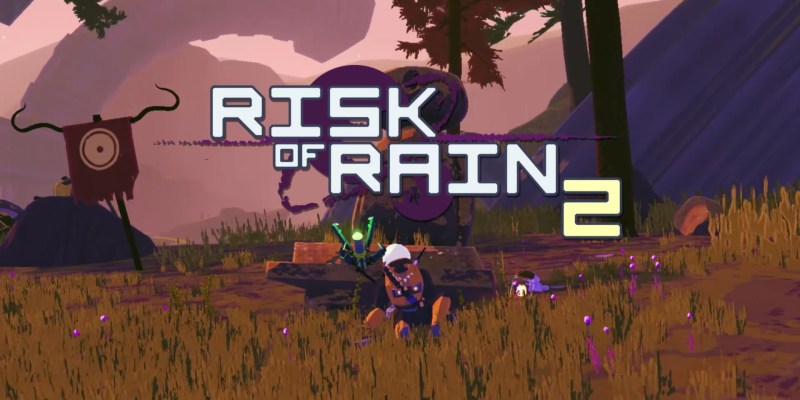 Risk of Rain 2 is the sequel to Hopoo Games’ roguelike hit, and it has amassed quite a following after releasing as part of Steam’s early access program last April 2019. Featuring brutal difficulty, challenges, randomized loot, and a lot of deaths, you’re going to have a helluva time. Our Risk of Rain 2 guides and features hub helps you with in-game mechanics, unlocking characters, artifacts, item choices, tips, and more.

Hidden Realms update – Another major update that added various locales for you to explore.

Artifacts update – You can find artifacts that’ll add modifiers prior to the start of your runs.

Official review – With Risk of Rain 2 leaving Steam’s Early Access program, it’s worth knowing if it’s a game you’d want to pick up.

Restoring lost profiles or saves – It’s actually possible to lose all your progress and unlocked characters due to an unfortunate mishap with your profile. Here’s how you can restore that.

Character unlocks – Here’s how to unlock the first few characters that were made available initially. You’ve got MUL-T, Artificer, Huntress, Engineer, and Mercenary.

Unlocking REX – This half-robot and half-plant hybrid can be unlocked once you reach the Abyssal Depths, but only if you complete the “Power Plant” challenge.

Unlocking Loader – This tough, mechanized unit can grapple onto hard-to-reach platforms, but you’ll have to finish the “Guidance Offline” challenge first.

Unlocking Acrid – This reptilian monster debuffs enemies with poisonous toxins, but the “To Be Left Alone” challenge has to be done first.

How to defeat Aurelionite – Enter the Gilded Coast and defeat this secret boss.

The best items, Lunar item picks, and the Bazaar Between Time – With a plethora of items to choose from, you’ll want to know which ones will benefit you all throughout your adventure.

Brittle Crown – Earn some gold, but try not to get hit.

Character skills and loadouts guide – Each character in Risk of Rain 2 has unique abilities. Additional skills can also be unlocked once you meet certain requirements.

Artifacts codes and modifiers guide – Here’s how to find secret areas with artifacts and their effects/modifiers.

Unlocking the Captain – The Captain is the newest survivor and he’s got some amazing abilities.

Unlocking the Bandit – There’s a new character who’ll snipe and slash his foes.

Unlocking the Heretic – This secret character requires you to obtain specific items during a single run.

Risk of Rain 2 is available on Steam as part of its early access program. You can purchase it now for $19.99. You can see the game’s roadmap above, and it’s expected to officially launch sometime during the spring of 2020.

By Matt Henzel16 mins ago
Guides

By Kurt Perry46 mins ago
Guides

Pokémon Scarlet and Violet: How to get Ability Shield

Warhammer 40K Darktide – What is the Shrine of the Omnissiah? | Explained