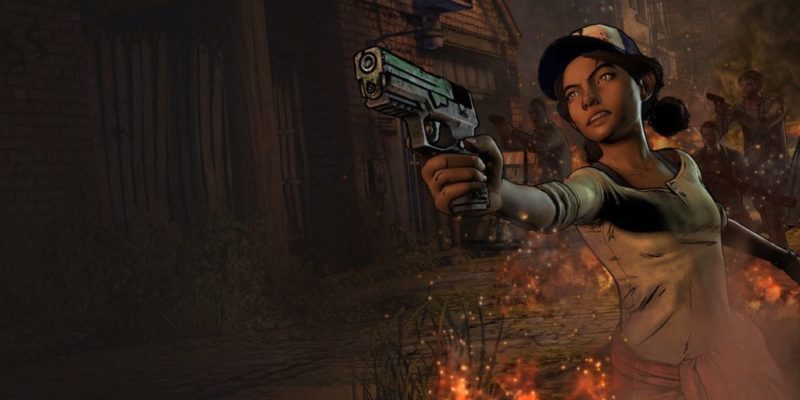 Happy long weekend, those of you reading in the United States! A lot of people like to use the three-day holiday to go camping, but I suspect you (like many of us) will be using that extra time to play some PC games. There’s a lot that you can play this weekend, too. From Remedy’s new action-packed shooter Control to something a little bit slower like Ancestors: The Humankind Odyssey (which we have some handy guides for, should you be in need), there are plenty of games you can easily spend three days with. Before all of that, however, let’s get caught up on the big happenings in PC gaming news this week. 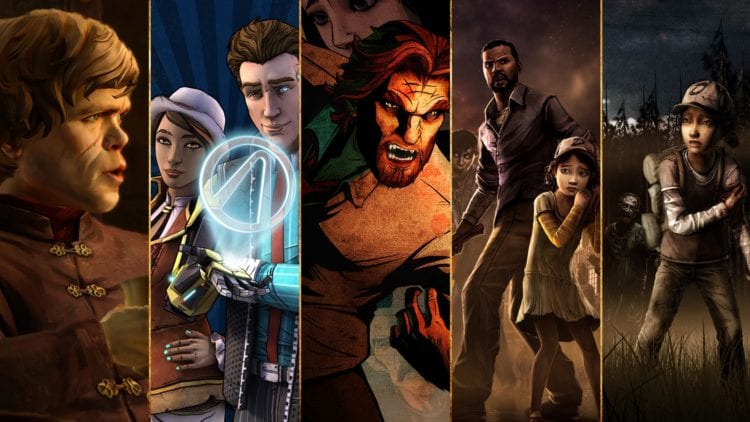 Almost a year ago, Telltale Games filed for sudden bankruptcy and closed up shop, taking with them their unique spin on storytelling and gaming interaction. Small steps were made to try to help the company and save some of their IP, but ultimately Telltale completely disappeared. It looked like we’d never see the games they announced were in development, such as The Wolf Among Us 2.

Fast forward to last week, where it seems like Telltale Games is making a return. LCE Entertainment announced that they have purchased the name rights and several other key components of the game studio. It plans to continue making games in the stylings of Telltale’s signature point-and-click, action-adventure brand. The new Telltale (which some have dubbed Telltale 2.0) will be led by Jamie Ottilie as CEO and Brian Waddle as the chief revenue officer. In talking to several different outlets after the announcement of the acquisition, it’s apparent that Ottilie and Waddle are big fans of Telltale’s work. LCE will be backed up by Athlon Games, who will be handling publishing.

“It’s hard to see your favorite games disappear or not get the sequels they deserve, so we thank everyone for their patience and support. We’ve got some exciting things to share soon. We’ll try not to keep them waiting too long, but we think fans will be pleased.” – Brian Waddle, in a statement to GameDaily.biz 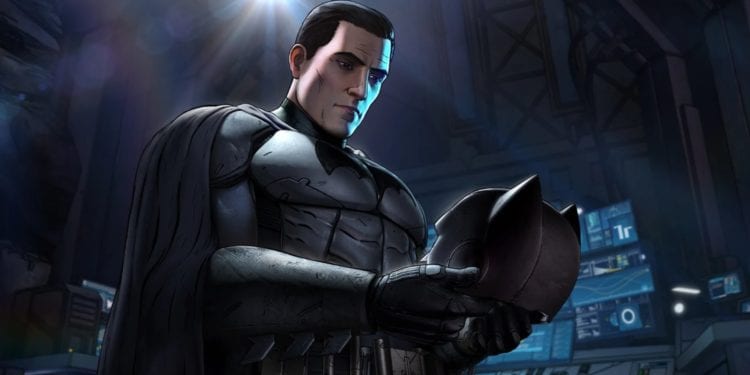 There have been some major criticisms of this move, one being that Telltale 2.0 will be run by people who didn’t work at Telltale in the past. How can we expect to see the same sort of games if there isn’t anyone working there with experience making those games?

If you’re thinking “There’s always a possibility that they’ll bring back some of the original team,” you might be surprised. Some former Telltale staff were offered “freelance roles, with full-time positions possible in the future,” which is the second big criticism of this. Not only is freelance bogged down by extra taxes/fees and a lack of health or 401K options (since they aren’t actually employees of that company), there is zero job security. I can’t imagine those who went through the sudden and rough closure of Telltale want to jump into essentially a start-up project where they aren’t guaranteed job security or the ability to live comfortably in Malibu, California (where Telltale 2.0 will be located). The group that was cut when Telltale was closed are a talented bunch, and most of them have likely found work at other big studios who are willing to pay them for what they’re worth. 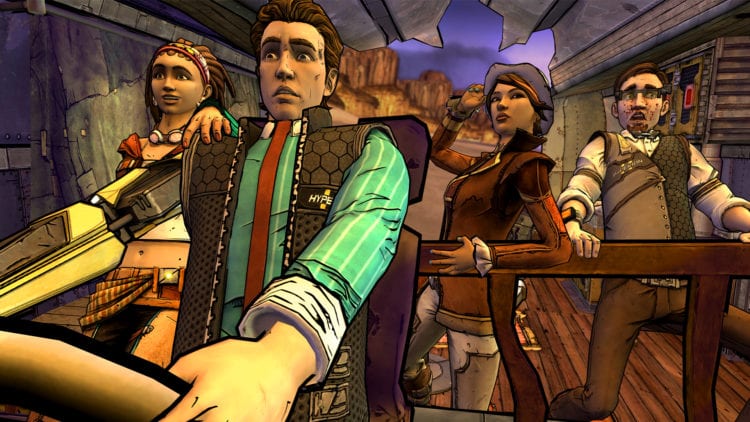 I believe that there is some good in this move as well. As much of a fan as I am of Telltale’s games (especially The Walking Dead, which I’ve played and followed since season one), their games were not evolving. The company seriously needed to do something new. From what I’ve gathered in the testimonials of developers after the studio closed, management was hesitant to make risky moves with their games in fear that players would not respond well. This made a lot of developers resistant to voicing opinions or suggest improvements for games.

So, to foster growth in their game and business, there needed to be a serious shake-up in management. With Ottilie and Waddle coming in from the outside, we might see just that. While future games arguably won’t be “Telltale” games, they could still be fun revisits to series that we thought would never see the light of day again. 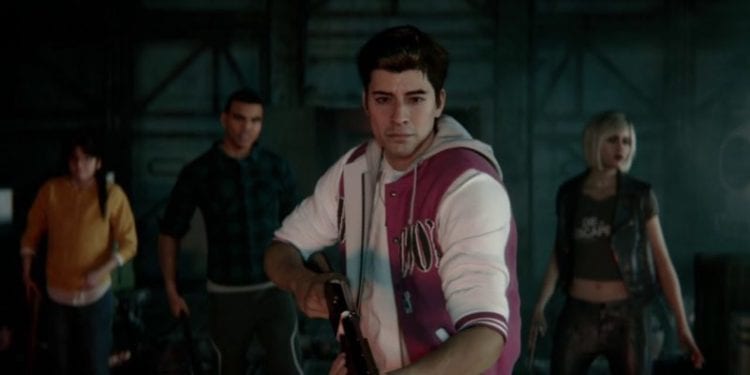 It’s been a couple of years since we’ve had a new Resident Evil title. We had the Resident Evil 2 remake released earlier this year, but the last new title was Resident Evil 7 back in 2017. The question now is “what’s next?” Well, a teaser site has popped up for what looks to be the next Resident Evil game, currently titled Project Resistance. The site points to a Sept 9 reveal, just days before Tokyo Game Show.

Of course, tech-savvy folks have tried to pull as much information out of this reveal as possible. Over on Reddit, user 5eye-samurai plugged the Livestream URL into a YouTube thumbnail generator and was able to pull out a couple of still images from the trailer (seen above and below). The images show four young adults armed to the teeth and presumably ready to shoot some zombies. 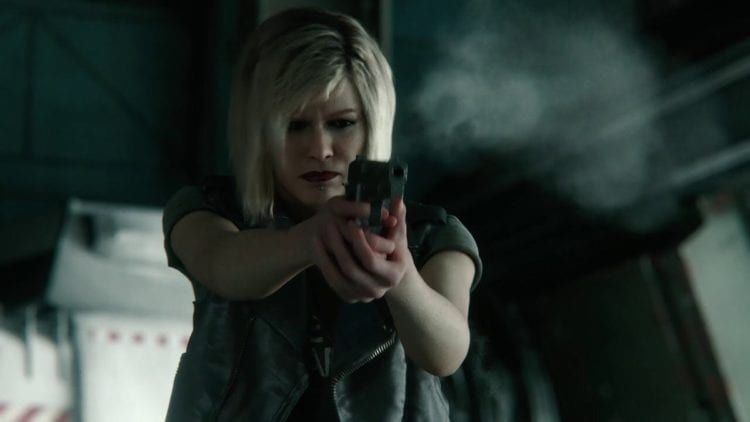 There isn’t a ton of other information to pull from this news, so instead, we can speculate on what this game might be. Immediately, it looks like it could be a four-player co-op game. I’m hoping for a sort of Left 4 Dead-style game, which would be a great match for the series. The co-op play back in Resident Evil 5 was a ton of fun, and Capcom have certainly come a long way in their development abilities. They could iterate on this in fantastic ways.

If it’s not cooperative, I hope that it’s at least set in the first-person perspective like Resident Evil 7 was. That was a great change for the series, one that created more immersion and really honed in on the horror aspect of the series. I’d love to hear your speculations. Be sure to leave them down in the comment section below.

CD Projekt RED gave us a little pre-weekend treat in the form of new gameplay footage and some developer commentary for Cyberpunk 2077. This was the footage shown behind closed doors during E3 2019, so you might have read about it before, but this is the first time it’s out for public consumption. The gameplay demo itself is about 15 minutes long, followed by over an hour of the developers sitting down and talking about a plethora of features in the game. The first bit shows two different gameplay styles: a strength build and a stealthier, hacker class.

There’s a ton to unpack in this video, and it all reaffirms in my mind that Cyberpunk 2077 is going to be a game that you don’t want to miss. The way the devs describe their level design process makes it clear that the main goals for the game are 1) be fun to play, 2) be immersive and deep, and 3) be authentic to the Cyberpunk tabletop game’s lore. With the team that did such an excellent job on The Witcher 3, I’m inclined to believe that this will be a strong Game of the Year contender. Perhaps even a Game of the Generation. That said, it’s still early and impossible to know how good it will be for sure. I’d like to give CD Projekt RED the benefit of the doubt, considering their track record.

Thanks for jumping into News Breach this week. We’re excited, and cautiously optimistic, about Telltale Game’s new future, but we’ll likely learn more in the coming weeks. Otherwise, we can’t wait to get our hands on Cyberpunk 2077 next year, as well as whatever Project Resistance turns out to be. Until then, we’ll keep watching the news and bring you the most important stories each week.

By Jason Rodriguez8 hours ago
Features